Ever since Avalon Exchange opened last October, it’s been busy.

“We have people who come in here every day,” says manager Zoe Cecil. “People are obsessed with this store!”

And rightfully so. Avalon is based on the business model of stores like Plato’s Closet and Clothes Mentor—sell your clothes for cash or store credit.

It’s an easy process. A store associate will go through the clothes you bring and determine whether they’re appropriate to buy based on season, wear, and style. Then you get store credit or cold hard cash.

It should be easy to see why Avalon is so beloved on Broughton Street. Amidst the high-end boutique stores, it’s an affordable alternative and indicative of the price most downtown visitors can actually afford.

“The thing is, I think people love it because it’s inexpensive, but it’s also a curated experience,” says Cecil. “You feel like you’re walking into a boutique, but you’re only paying Goodwill pay-by-the-pound prices, which is pretty awesome. And it benefits everyone—SCAD students come in here and sell their stuff.”

The diversity of clothing bought from the store’s patrons creates a nice cross-section of the community. Customers can find a representation of clothes that are actually worn by people in their community.

Avalon is a chain store, with five other locations in Ohio, Pennsylvania, Missouri and Florida.

Speaking of Best Of Savannah 2019 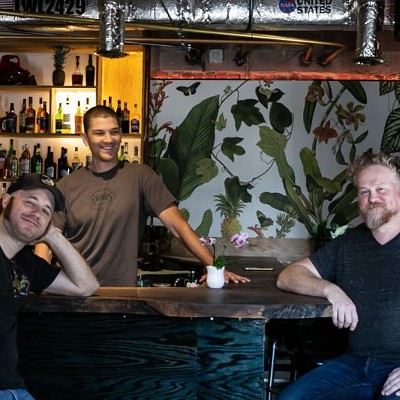