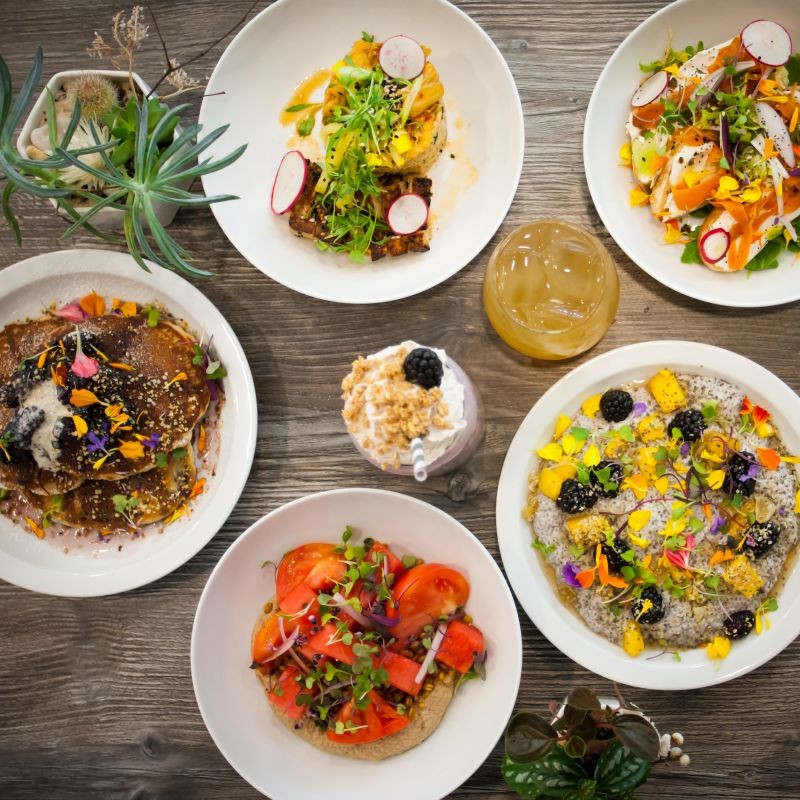 The new venture from Foxy Loxy opened last November and has been knocking it out of the park ever since.

“We’ve been well-received by vegans, vegetarians and omnivores alike, as well as SCAD students, tourists, and locals of all ages, from children to elderly,” enthuses Clay Ehmke, Fox & Fig’s general manager and co-owner.

“It goes to show that plant-based eating is for everyone and is not exclusive to a specific type of person or group.”

Fox & Fig is technically a vegan cafe, but a major benefit is its appeal to all audiences. The menu is approachable enough for someone who typically doesn’t eat plant-based food, yet nuanced enough for diehard vegans and vegetarians to appreciate the ingredients.

Some of the dishes resemble meat so closely that it’s hard to believe you’re not actually eating meat. Take, for example, the Fox Burger. The patty is by Beyond Burger, a plant-based patty that looks and tastes just like beef. The Chorizo Tacos are made with walnut meat chorizo and plant-based white cheese that tastes just like the real thing.

“We’ve set out to change the minds of those that haven’t been exposed to this style of plant-based eating, and I think we have been successful at that so far,” Ehmke muses. “I think we have seen a cultural change in awareness of what it is that we consume and the larger story. Conscious consumption seems to be the trend.” – Rachael Flora