The Savannah Veterinary Medical Center has been caring for Savannah area pets over the last seven years. Their location near Victory Square is convenient for cats and dogs who enjoy a smooth ride down Truman Parkway or Victory Drive. 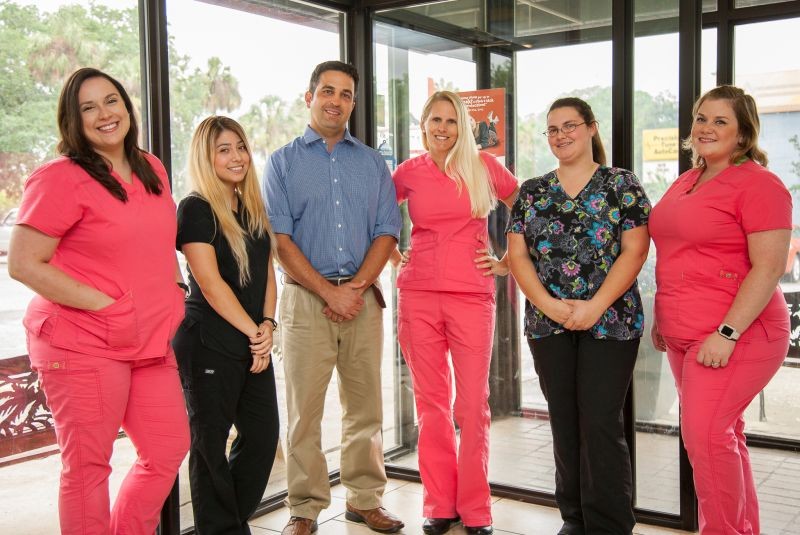 Dr. Brian Mulvey leads the hospital staff of five veterinary technicians, as well as his wife, Lauren, who handles some of the managerial and billing duties.

“We’re more like a small family rather than a group of coworkers,” says Mrs. Mulvey, “and that shows in our teamwork, providing all our clients with the greatest experience possible.”

Dr. Mulvey grew up in Maryland among horses and dogs (specifically Newfoundlands). His passion for animals started at an early age and he began volunteering at local veterinary clinics as a teenager.

After graduating in 2007 from Mississippi State University’s College of Veterinary Medicine, he was attracted to Savannah for the warm weather and coastal access.

In 2011, Dr. Mulvey got married and opened his own practice. The Mulveys have two sons, Tripp (5 years), and Eli (3 years), as well as two dogs; a 9 year old Shih Tzu named Murphy and a four-year-old Golden Retriever named Buoy. – Pat Longstreth