Beware of false choices about tourism vs. livability

I REMEMBER the following riddle/joke from around the time of middle school:

“Do you take your lunch to school, or do you ride the bus?”

This is an example of a “false choice,” used for comic effect. It is innocent and silly.

However, the presentation of a false choice can be damaging when used as a means to close off argument, to present an illusory either/or dichotomy that obstructs from finding a better way.

Not every either/or choice is false, but most are. We don’t live in a black and white binary world.

I’ve noticed such a binary choice in the headline of an article that has been shared recently on many Facebook pages belonging to residents of downtown Savannah:

To give the author, Arian Horbovetz, credit, he admits early on, “I’m painting with a bit of a broad brush.” 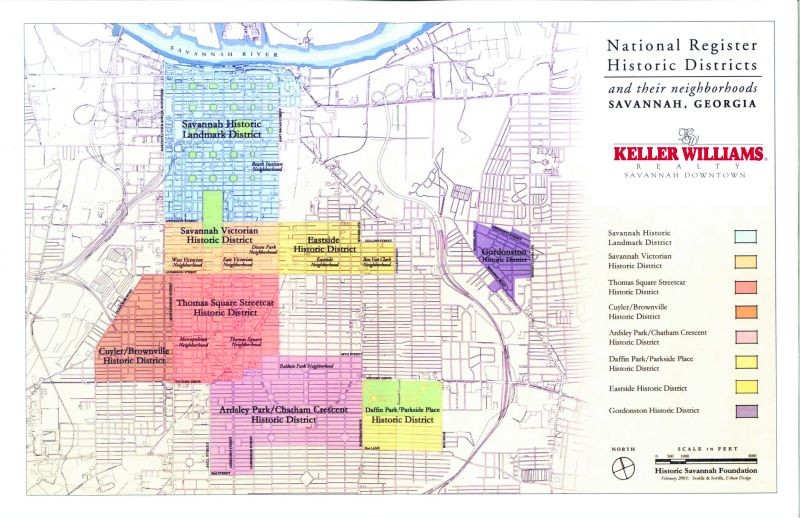 The body of the article is more nuanced than the false choice in the title implies, but knowing the views of many of the local re-posters, I’m guessing it’s being shared mainly for the title.

In the article, the author presents two contrasting eight-step progressions of downtown revitalization that diverge at Step 5.

In the “bad” progressions, this is the point at which developers propose large-scale tourist-oriented projects, the city’s officials are enthralled by them, the needs of new residents are ignored, and the downtown is later left bereft again as the shine wears off and both tourists and residents flee.

In the “good” progression, Step 5 is where city officials instead pump the brakes and listen to residents concerning their needs. A development plan is created that serves these needs and takes heed of other successful downtown revitalizations.

Apart from the simplified “false choice” aspect, this article seems more applicable to Rust Belt downtowns (the author is based in Utica, NY) that were truly abandoned, and even when they started to be re-inhabited there was/is somewhat of a vacuum to be filled.

In Savannah there is no vacuum. Our downtown is full to the brim and we are trying to accommodate still unsatiated demands from residents and tourists.

Here is another problem – Horbovetz’ article presents new downtown residents (his theoretical case seems to not have in-place ones) as a homogeneously selfless group with the best interests of the broader community in their hearts.

This is a wonderful normative concept, but in reality, as District 2 Alderman Bill Durrence has said himself, many downtown residents simply wish that development would stop on the day that they moved into their renovated historic home.

I had further evidence of this when I recently participated in a roundtable discussion hosted by the Experience Institute as a part of their crafting of our forthcoming Tourism Management Plan. The theme of our discussion was “the realities of living in a mixed-use area.”

Before our discussion began, we were asked to consider a table with downtown attributes arranged in SWOT format (strengths, weaknesses, opportunities, threats). At the top of the “weaknesses” section there appeared the following bullet item:

I was shocked to see this, but it must have been a sentiment presented by more than one person participating in the process. However, my shock was assuaged, as everyone at the table, both neighborhood representatives and downtown businesspeople, agreed it should be banished from the list of weaknesses.

At least at this roundtable, all the participants agreed that density actually acts as a catalyst to get us all of the conveniences that we want. But that doesn’t mean that increasing density needs to be heaped upon the same geography over and over.

Savannahians will bitch about the size of hotels and the number of cars, but few express that they want less tourists (though they might want less of certain kinds of tourists – I’ve heard them referred to as “fanny-pack tourists”). So it’s about how we accommodate the tourists.

Let’s accommodate them at a scale that fits each district. Tourists don’t have to all fit downtown in an increasing number of big-box hotels that enclose the Landmark District like the crenellated wall of a castle.

The Historic Savannah Foundation (HSF) lists 11 National Register historic districts in Savannah. These represent a big piece of toast, so let’s smear the butter of tourism demands around some, rather than leaving it as a big lump on the Landmark District.

To beat the horse just a little more, this can be in the form of home-sharing and STVRs, but it can also be in small-scale boutique hotels. That’s just the lodging piece – these neighborhoods can also rapidly grow their stock and quality of locally-owned stores and eateries with the help of the disposable dollars that tourists are here to relieve themselves of.

This is exactly what is happening in my own Thomas Square/Starland area. I hope to see it continue, there and elsewhere.

For projects of a scale that do not fit with our historic districts, both tourist and resident-focused, we have the “expansion areas” of Savannah River Landing on the east, and the Canal District on the west.

Looking forward to both our overall strategic plan that will come out of the Savannah Forward forums, and the Tourism Management Plan (which should compliment one another) I will leave you with this quote that Kevin Klinkenberg, Director of the Savannah Development and Renewal Authority (SDRA), delivered to the Downtown Neighborhood Association (DNA) not long ago:

“With so many of our planning issues, there’s complete alliance with needs of visitors and residents - safe streets, cleanliness, beauty, entertainment, unique and local shops and services, and reliable transportation options. I think it’s healthy to focus on areas of agreement. These are fellow human beings in our city, opening their wallets and dumping cash on the sidewalks. Instead of painting all of that with a broad brush, let’s focus on specific issues that don’t align with residents and work on those. Be careful of the consequences of throwing the baby out with the bath water.”

Dec 19, 2018
More »
More An Urbanist View
All News & Opinion
Comments (1)
Add a comment
Subscribe to this thread:
By Email