Free, but register at Eventbrite.com.

THIS SATURDAY, Savannah’s youth have the opportunity to learn how to resist drugs and alcohol in a fun environment.

Beyond the Bell Savannah presents “Ballers Don’t Take Shots, They Make Goals: D-Up Against Drugs” at the Frank Callen Boys and Girls Club.

The day consists of guest speakers, breakout sessions and separate workshops for parents and younger siblings. There will also be a special appearance by hometown hero and former Harlem Globetrotter Larry “Gator” Rivers.

Beyond the Bell began nearly twenty years ago by Sandra Dean in Conyers.

“She started it as an after-school program, but eventually she saw the need,” says Beyond the Bell Region 5’s Project Coordinator Lindsey Grovenstein. “She was tutoring kids but eventually identified that they were struggling with underage drinking and drug use.”

Funded by the Department of Behavioral Health and Developmental Disabilities under the ASAP Grant, Beyond the Bell works in the community to reduce the onset of alcohol and marijuana use in youths age nine through 20.

“We’re trying to minimize the amount of people who are starting, but we also work with kids who have already experimented,” explains Grovenstein. “We’re trying to prevent any further abuse or addiction from happening.”

Some millennial readers may be thinking of D.A.R.E., the drug and violence prevention program that was deemed ineffective after most of us were exposed to scare tactics and given free T-shirts. Beyond the Bell takes a different tack by leaving scare tactics out of it.

“We do talk about the risks, but most of that program is actually social skills and communication skills,” says Grovenstein. “Our very first lesson is self-image, because the way you see yourself dictates how you’re going to behave.”

“I find that a lot of the anti-drug awareness is scripted in such a way where it becomes part of the problem. It’s creating that idea of, ‘Everyone’s doing it,’” explains John Bush of Youth Intercept and a partner with Beyond the Bell. “When you’re hearing from the pulpits of the church, ‘We need all you kids to stop doing drugs!’ the kids are hearing, ‘All you kids are doing drugs!’ Then they’re internalizing that, saying, ‘I’m the one that’s not; I’m the oddball.’ With Beyond the Bell, we have trained professionals, not coming with a comment or blurb that signifies that the kid is an oddball, they’re coming with an entire program delivering a full-on message. This is what drugs are. These are the consequences, and this is why you should walk away.”

“We don’t use scare tactics. We want to build what’s already there, what the kids can be,” says Grovenstein.

Mothers Against Drunk Driving, one of Beyond the Bell’s partners, also ditches the fear factor to create solid action plans for youths.

“They have a class with the kids that says, ‘What is your action plan? Let’s say you don’t listen to anything we say and you find yourself at a party and you drink from the punch bowl, which is spiked with more liquor than you could imagine,’” says Grovenstein. “What do you do now? It’s walking kids through that process.”

“A lot of people have this notion that MADD is trying to bring back Prohibition, and that’s not the focus,” says Teresa DeWild. “We want people to be able to have a good time, but we want them to wait until they’re 21 to do so. Those that are 21, [we want them] to have a plan in place before they decide to go out and have a good time. We’re not doing it to punish them. When you introduce alcohol into your body, it does impact your person, your brain and other aspects of your body but also other aspects of your life. If you let alcohol take over your life, it does mess with your goals, things that you have set in your life. We don’t want that for you. We want you to be the best you could possibly be for yourself.”

Saturday’s event will feature nine different breakout sessions, from sports to improv to art, to reach each kid.

“How could we do this in a way where we can teach them in a way that’s impactful and effective?” wonders Grovenstein. “We decided we didn’t want to just talk to them, but to work with them in smaller settings to build skills. The point of this is to raise awareness of the risks and dangers of alcohol and drugs, but also to teach and empower them with tools to resist.”

After school with A-Town 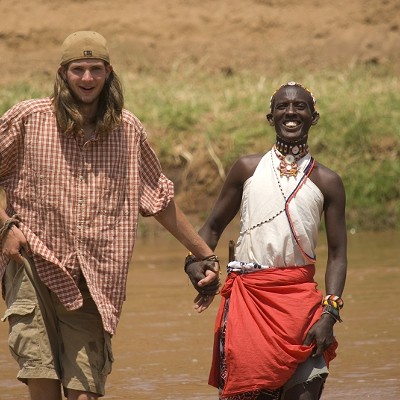