Bill Burr: ‘No comedian ever told a joke that made somebody lose their house’ 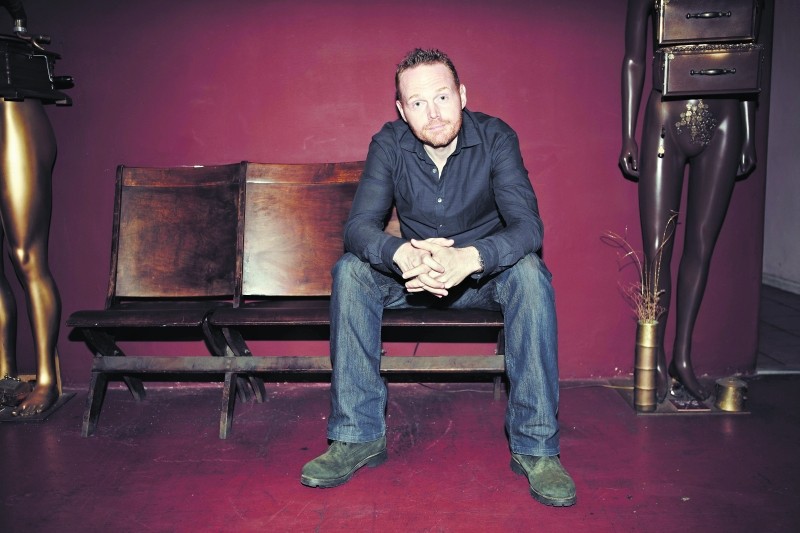 KNOWN FOR his standup specials and his popular and long-running weekly podcasts, Massachusetts-born Bill Burr not only has a devoted following, but is one of the most highly regarded comedians among other comedians.

(His epic handling of a drunk and belligerent crowd at a 2006 gig in Philly earned him legend status, as he defiantly stayed on stage and won them over by heckling the hecklers—and indeed the entire city of Philadelphia—for 12 excruciatingly hilarious minutes.)

Burr’s blend of get-off-my-lawn crankiness and childlike observational humor—with distinctly adult language—is somewhat unique, even nostalgic, in an era of more self-conscious hipster comedy where apologizing for edgy material is now often part of the act.

This fall, Burr’s animated Netflix series premieres. Called F Is For Family, the collaborative project with Simpsons writer Michael Price is a Dazed and Confused style look back at the ‘70s and life before political correctness took over.

We talked to him a couple of weeks ago in advance of his show here this Saturday at the Johnny Mercer Theatre.

Your new Netflix show sounds like an animated Married With Children.

Bill Burr: Nah, it's nothing like that. Through the years of doing standup there are some things you'd say to other comedians, usually that only other comedians would laugh at. It became sort of a challenge, how can I get other people to laugh at this stuff?

So I thought, why don’t I just animate these things and ramp it up? Just have fun with this animation amalgam of my childhood experiences. It’s about a bunch of little kids in the ‘70s, basically about the way things were back then.

When did it happen, that kids were no longer allowed to just ride their bikes all day long in the summer with no one knowing or caring what they were up to?

Back then lifeguards at the pool were just trying to get laid, they weren’t paying any attention to anybody swimming.

Bill Burr: It's a very calculated outrage. I for some reason have yet to really offend anybody (laughs). But maybe that's because I didn't have a big TV show with advertising dollars behind it. To make the calculated outrage work, they need to attach their wagon to somebody people know, someplace with corporate money behind it, a corporation with advertisers who will fold under any sort of pressure.

It’s like the network reaction to the controversy with the new host of the Daily Show. All they had to do was say, “Hey, if you had to go back to fucking 2009 to find something offensive, you’re wasting everybody’s time.” Jesus, you can go back nine days on my Twitter feed and find something to piss you off.

It seems like political correctness has now been so internalized that young audiences just don’t laugh at what prior generations thought was funny.

Bill Burr: I disagree. They're hearing the same thing comics have been joking about since the beginning of time, and nothing's ever happened. There's been no political movement to come out of comedy, nothing ever changed socially. It's just jokes. I actually almost don't want to answer this question, to put more gas on the horseshit fire.

But let’s get real. Let’s look at what’s been going on in the meantime: A small group of people have turned our whole food supply into poison. Everyday I meet somebody who’s upside down on their house, they owe more on the house than it will ever be worth.

How about insurance companies who take your money for years and then you make one claim and they deny it, or drop you if you have cancer or something?

These banks make enough money putting people out of their homes to put politicians in office! No comedian ever told a joke that made somebody lose their fucking house.

So the new show debuts in the fall. Is it all in the can at this point or are you still finishing it up?

Bill Burr: It's all recorded. I probably have a couple of punchup sessions. Working on animation, for the first season the biggest challenge has been literally figuring out what it should look like. You do the joke, then look at the facial expressions. Make it bigger here, smaller there.

Standup comedians are lone wolves. This must be a much more collaborative project than you're used to.

Bill Burr: Standup is like playing Solitaire. Fortunately I love the group dynamic—as long as I'm working with people that are good! The only time a group dynamic stinks is when somebody stinks in the group!

When everyone’s actually good at what they do, you become a fan of watching them create something for the show. You become better as an artist just by being around other talented people.

Not asking you to do a bit right now, but maybe give us some idea of what’s in store for us at your Savannah show, some of the topics you might hit.

Bill Burr: Sinking cruise ships... talking to a gorilla... Trying to work on my temper.

I was crushing it, but I went off the rails last week. I had a temper relapse, it’s almost like a relapse with drinking. I gotta work on it. To be honest it’s not fair to people.