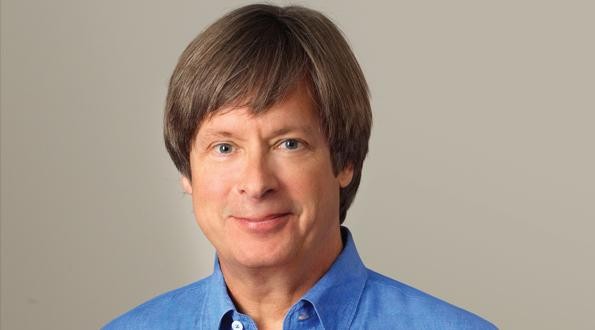 After a decade–long break from the columns and humor novels about South Florida craziness that first made him famous, Dave Barry is back with Insane City, a galloping and hilarious tale about a slacker named Seth, his knucklehead buddies, his liberal activist fiancÉe Tina, her unbelievably rich CEO dad, a hapless Haitian refugee, and what happens during the lead–up to Seth and Tina’s wedding in Miami.

Imagine The Hangover meets Miami Vice and you get the picture.

Barry, who’s spent the past few years co–writing the popular young adult Peter and the Starcatchers series, kicks off the Savannah Book Festival on Valentine’s Day evening, Feb. 14, 6 p.m. at the Trustees Theatre. We spoke to him a couple of weeks ago.

Insane City must have been so much fun to write.

I get the distinct impression that some of the more weird scenarios are probably ripped straight from the South Florida headlines.

Dave Barry: Totally. The beginning where the groom’s party guys get trapped in South Beach and can’t get out, that’s all based on things that happened here. For one thing, the cabs here are not very good at getting you where you’re supposed to get, which is why the guys are stuck there in the first place. Then they get caught up with the Russian Mafia bar girls. That actually happens more often than you might think on South Beach.

However, I can’t honestly say there’s ever been an orangutan involved in criminal activity. We do have orangutans at tourist attractions, though. And we have guys with enormous snakes wrapped around their shoulders walking around.

Dave Barry: A routine part of the landscape.

I’m sure you planned out what you’d write, but the book has the feel of a big, long, shaggy dog story.

Dave Barry: It is kind of a shaggy dog story. Things just keep getting more and more and more complicated for poor old Seth. He’s not really a deep thinker, he’s a slacker, just down there to have a party and get married. None of it is what he expected to have happen.

Still, it strikes me that pretty much everyone in the book is essentially a good person.

Dave Barry: Well, maybe the two bodyguards aren’t so great. But you’re right, most of the people in the book just have different agendas. I didn’t mean to make Tina, the fiancee, the villain — and I don’t think she is a villain. She just has very strong views and doesn’t like to be contradicted and doesn’t want her wedding day messed up.

We’re always told a great story needs a great villain, and you really have no villain in Insane City.

Dave Barry: I haven’t really thought about there specifically being no villain. There have to be problems. But you’re right, no one is malevolent. And Miami does become a character in itself almost.

I mean, we have a python challenge going on down here now! People are going around to see who can bag the biggest one. When I heard about it I thought you know, if Carl Hiassen wrote this in one of his novels, about the state of Florida fish and wildlife division holding a contest to see who can kill the most invasive Burmese pythons, I’d say ‘“Nah, that would never really happen.” It’s happening right now!

You’re a South Florida historian, tell me: When did the craziness start? How far back does it go?

Dave Barry: It’s always been strange. Go back to the days of Prohibition and land booms. Everybody just showed up all at once, built this city, a hurricane knocked it down and they rebuilt it. Half the land was sold illegally, draining the Everglades, so on. Things sort of calmed down in the Arthur Godfrey ‘50s when for awhile Miami was a sleepy Southern town.

As I sort of show in the book, you still have refugees showing up on rafts. people coming from all over the country for various reasons, not all of them legal. It’s this roiling stew of people that still simmers and sometimes overflows.

Yet Dade County has vast farmland area in the southwest part. Go a little bit farther and you end up in Homestead, and then you’re in the Keys. But you head north and then you’re basically in Long Island. Everyone’s from New York and roots for the Jets. There’s no identity but weirdness.