Brewed SAV: From coffee to kombucha to beer

THERE IS now a one stop shop for all things brewed: coffee, tea, kombucha, cider, and more importantly beer and wine.

In the thick of an up and coming part of town, the new restaurant and beer garden Brewed SAV sits right off Habersham near 34th.

The casual destination for locals is the creation of Douglas Galloway and Amy Livingood. The two came together through a mutual love of craft beer after meeting at the Savannah Climbing CoOp.

If you stop by the brick building on a breezy March Saturday afternoon, like I did last week, an ice cold frothy beer straight from the tap is a must. 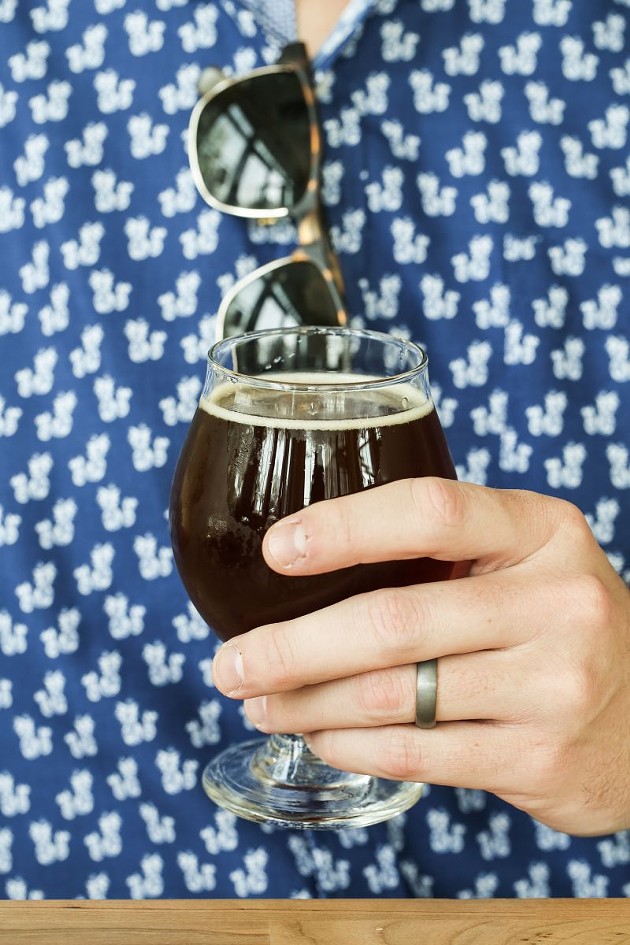 Livingood is the expert on the offerings of Brewed Brews so I will  let her explain what is available from their taps.

“We have 16 craft regional taps, but started our launch with all Georgia craft beer. Georgia was the last state to change brewery laws to allow breweries to sell directly out of their tap room,” she says.

That development is a game changer in that it allows breweries the revenue in house to experiment and grow.

“Georgia’s beer scene is a new frontier after the law changes, and we expect a lot of awesome new ones to open in the near future!” she says.

I am a fan of darker, more robust beers so I went for the Arches Brick & Maple, a nutty caramel brown ale. The list has something for everyone—IPAs, sours, stouts, lagers, and more.

For true Southerners, good iced cold tea is just as important on a hot afternoon as is having a cold one. Keeping with the brewed theme, and paying homage to our Southern town, Brewed Brews recognized that including the leafy steeped drink was a must. Just as much thought was put into the selection of teas, the same care was taken in selecting the keg behind each tap. 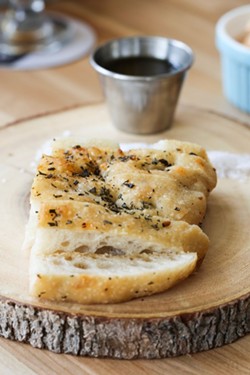 Livingood explained the selection to me.

“We met John Arnold from Hale Tea Company through James Spano after picking out our coffee roast. I wasn’t into tea until I moved to Savannah where I realized why everyone craves an ice cold tea on a hot afternoon,” she says.

“I trust James Spano’s taste and immediately found perfect loose leaf teas to create long process toddy teas, and it’s become one of the more surprising and creative parts of Brewed that we hope to continue to build on as summer approaches.”

Finally, the drink menu has a wide selection of coffee concoctions: The most important drink of the morning, especially when you have had too many libations.

The Hot Toddy is unique to Brewed SAV, and as told by Livingood, “I discovered concentrated iced toddy coffee in college when I was trying to maximize my ability to study and work at the same time.”

As for the coffee itself, the menu uses locally roasted Cup to Cup coffee, and the blend of coffee used by the store is dubbed Camp Coffee.

“When we started looking for a local roaster to partner with,” Livingood told me, “we fell in love with Cup to Cup’s earthy and chocolate note small batch roasts and I perfected our ‘camp coffee’ on one of our many 6+ hour road trips to climb in Chattanooga where I would wake everyone up the next day to a kick in the pants cold brew coffee to help us all hike as fast as possible and send all the routes and still have energy for a beer around the campfire after.”

If you sit too long throwing back drinks and watching soccer on their big screens, you will definitely want to order some snacks.

Go for the Obatzda Spread which is served with Auspicious Bakery pretzel crackers. Obatzda is a Bavarian dish made by combining multiple cheeses and spices. Brewed Brews makes theirs with brie and paprika (because paprika makes anything taste amazing). You will be tempted to shovel this dip into your mouth by the spoonful.

Do not expect to find just a few simple bar snacks. According to Livingood, “Our menu falls in line with German beer hall offerings. We have cheese spreads, cheese and meat boards, and are getting our pretzel crackers, country loafs, and focaccia from Auspicious Baking Company. A crowd favorite this first week has been our pimento cheese spread that we offer with pretzel crackers from Auspicious or as our ‘Hard Working Lunch’ special as a no crust sandwich paired with a Coors Banquet. The pimento recipe is a family recipe from the Matthews that Smith was kind enough to share with us.”

The Hard Working Lunch is a hand-cut, round white bread sandwich jammed with Southern pimento cheese and a vine ripe slice of red tomato. To wash it down, the tray of food is served with a tallboy Coors Banquet Beer.

Every baked item within the four walls is baked by Auspicious, which means you will find a large assortment of expertly baked pastries at all times in the pastry case.

I couldn’t resist taking home a Nutella filled Poptart home to have a treat for later.

Even if you don’t need an excuse to go sit at Savannah’s newest casual local beer house, at any time you can find a fun event or great game being hosted by the team at Brewed Brews.