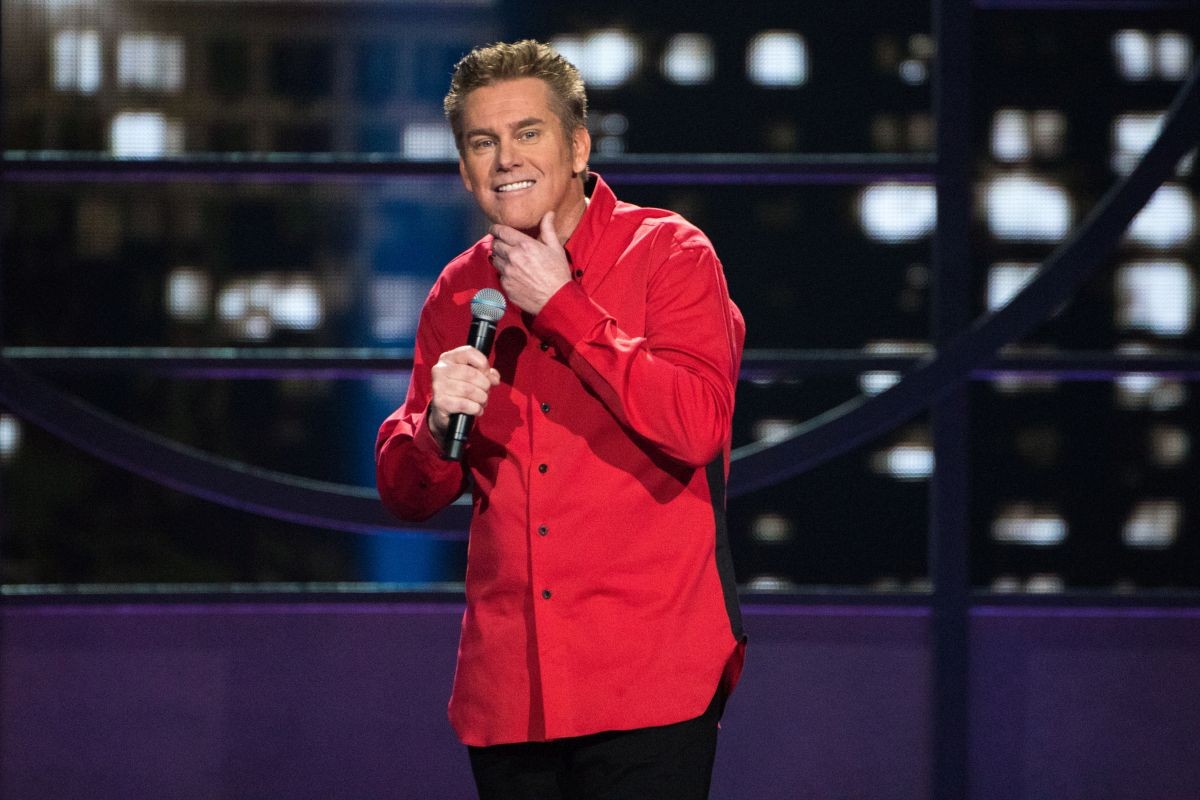 Tickets for "Brian Regan: Live in Concert," as well as other shows the season at the Historic Savannah Theatre, can be purchased on their website at savannahtheatre.com

UPDATED December 9, 2020 The Brian Regan performance at The Savannah Theatre on Wednesday, December 9th has been postponed as Brian has tested positive for Covid-19. Brian is feeling well, but he will follow doctor’s orders to quarantine. Promoters for the show are attempting to reschedule the performance, and we will alert fans as soon as a new date has been scheduled. Fans should hold on to their tickets, which will be valid for the rescheduled performance date, or they may return their tickets to the box-office for a full refund.

COMEDIAN BRIAN REGAN will take the stage for two acts back-to-back at 6 p.m. and 8:30 p.m. on Dec. 9 at the Historic Savannah Theatre.

Regan, described by Entertainment Weekly as “Your favorite comedian’s favorite comedian,” can be seen currently streaming on Netflix with the Jerry Seinfeld produced mini-series “Stand-up and Away! with Brian Regan.” The comedian also has two Netflix stand-up specials, with “Brian Regan: Nunchucks and Flamethrowers” currently available and his second stand-up expected in 2021.

With all that is going on in Regan’s life – including a role in Peter Farrelly’s Television series “Loudermilk” – it is safe to say that Savannahians will see the 62-year-old comedian at the top of his game. Connect caught up with Regan to talk more about comedy, his specials and where he is now at this point in his career.

: You’ve been a comedian now for nearly 40 years and you’ve mentioned previously that Jerry Seinfeld is a big part of your recent success. In previous interviews, you explained Seinfeld has been a fan of yours for a long time, why do you feel everything is starting to happen for you now? Is it because you are in a good place personally or career-wise?

Regan: “I like it when anyone likes what I do. But to have Jerry Seinfeld kind of like my stuff is a huge honor. I’ve been fortunate to have a good career doing this comedy thing. Lately, to have some opportunities come my way – Netflix specials, Netflix four-episode series, a role in “Loudermilk,” and performances in Savannah – feels pretty good!”

: For people going to see Brian Regan for the first time in Savannah on December 9th, what can they expect?

: What was it like working with the Farrelly Brothers on “Loudermilk”?

Regan: “It has been incredibly rewarding being able to act in a series. Peter Farrelly knew I could act before I did. When he suggested I could do a role in his series, ‘Loudermilk,’ I said, ‘I appreciate that. But I’m not sure I can act.’ He said, ‘I know you can act. I’ve seen your comedy.’ That felt pretty strong.”

: Where does the inspiration for your routine come from?

Regan: “I think I have an invisible antenna that picks up comedy waves. Not sure how or why some people see things in a funny way, but it’s kind of cool to see something in a twisted way and feel like you can get a laugh out of it.”

: What do you love most about what you do and making people laugh?

Regan: “Laughs always feel good. Whether you’re the one laughing, or the one causing the laugh... either way, the experience is thrilling.”

: You have a two stand-up special deal currently with Netflix, joining the likes of Chris Rock, Seinfeld, and Dave Chappelle, what’s it like being mentioned with those names?

Regan: “I think Netflix messed up. The original contract said, ‘Netflix will give Brian Regan one, and definitely only one, stand-up special.’ I scratched that out with a red pen and changed it to two.”

: When does your new special come out?

Regan: “My new special is supposed to be coming out on Netflix early next year. An exact date has not yet been decided.”

The Platters come to town for a night of musical nostalgia