The 'X-Men' actress is 'in control' as a writer, producer and director

'Bringing Up Bobby' marks Famke Janssen's debut as a director - and producer, and screenwriter.

It’s been 14 years since Famke Janssen was in Savannah, filming The Gingerbread Man with director Robert Altman.

A lot has changed since then for the Amsterdam–born actress, who started as a model and graduated to film roles like the nefarious Xenia Onatopp in GoldenEye.

She subsequently played Jean Grey in the profile–raising X–Men films (all three of them), starred on TV’s Nip/Tuck, and appeared in numerous high–profile movies including Taken and Turn the River.

Janssen’s coming to town Nov. 4 to premiere the film Bringing Up Bobby at the Savannah Film Festival (ironically, on the same day her X–Men co–star James Marsden is being honored). She’ll conduct an audience Q&A after the screening.

Both funny and touching, Bringing Up Bobby is a comic drama starring Milla Jovovich as Olive, a Ukrainian spitfire who’s raising her 11–year–old son, alone, in Oklahoma. The cast also includes Bill Pullman and Marcia Cross as the wealthy, sympathetic couple determined to help Olive and Bobby get their lives together.

Janssen doesn’t appear in the movie. She wrote it, she produced it, and she directed it – her first time doing any of those things.

So, yeah, Bobby is her baby.

What made you want to do this?

Famke Janssen: Probably the need to express myself, creatively. And having been in the business for a long time, I find that sometimes with acting I don’t get to express myself in a way that I would like to. I say other people’s lines, I show up when they tell me to show up, I sometimes feel a little bit like a puppet. So it’s nice to be in control – it suits my personality a lot more.

Traditionally, a lot of actors transfer into writing and directing. Or add it to their resumes. They might start it for a different reason or whatever, but in my case it’s just I like to be in control of things. And being a writer, director, producer, you can’t have more control than that. It was perfect for me.

As a producer and director, though, wouldn’t it have been less daunting to adapt someone else’s work?

Famke Janssen: I tried to adapt a novel years ago – I was going to star in it, and somebody else was going to direct it. That never came to fruition. But I thought it might be easier to adapt something else and turn it into a screenplay. But I started toying around with the idea of what it’s like to be a foreigner in the United States, but then really play with the influence of film, which largely had influenced my ideas about the United States, because I’m an immigrant. I’m a foreigner. I grew up in Holland, I came to the United States when I was about 20 years old. I distinctly remember coming to New York, fresh off the boat, and being extremely scared to cross the street because I thought every time somebody pulled something out of their pocket, they were pulling a gun.

That may sound naive, but film and the media in general are extremely powerful tools, and they influence us.

I wanted to play around with this in the film – that Olive grew up poor in the Ukraine, and she, like everybody else who comes to America, is living out the American dream. But her idea of the American Dream is just a skewed one – one that’s based on films. So she thinks she’s Bonnie from Bonnie and Clyde, over and over.

I liked the film because it took a turn, halfway through, I did not expect.

Famke Janssen: Bonnie and Clyde starts out really fun. But in the same way Thelma and Louise or Butch Cassidy and the Sundance Kid, all these movies start out with these two people doing illegal things, but you love them. You want to be just like them, but at the same time you know you’re watching a time bomb. And time’s gonna catch up with them sooner or later. And that bomb is going to explode.

That and the fact that the influences were mostly movies from the 1930s and the 1970s. So it was a really tricky marriage to come and bring these two very different genres together. But that was my goal in making the film, and I know people have to take a leap of faith because the absurdity of movies from the ‘30s is in there, and the realism of movies from the ‘70s.

You used Cat Stevens’ “Trouble,” one of my favorite songs.

Famke Janssen: It’s one of my favorite songs, too. That came from Harold and Maude, the scene where Harold is waiting for her in the hospital. That very much inspired it, because Harold and Maude is one of my major inspirations. I love that movie so much. In my movie, I put Walt in a train caboose, because Maude lives in a train caboose. There’s a billion things like that spread throughout the movie that are only for me to know. Just for fun.

The other thing was to try to fill the gap between music from the Russian kind of background, and very Americana stuff. Then we tried to spin it on its head. Because the movie starts with “Proud Mary,” sung by Milla Jovovich in Ukrainian.

And it ends with the Flaming Lips doing “Amazing Grace” phonetically in Ukrainian, because they don’t speak Ukrainian.

The whole idea is that you see the film through the eyes of Olive, who sees America they way she thinks it is – the way she saw it in movies, absurd, fun, without consequences.

The story arc isn’t conventional, which I also liked –  I kept expecting that certain dramatic denouement that’s in every movie!

Famke Janssen: I’m not a fan of overly dramatic things. I shy away from it. I also don’t want to explain anything. I mean, there are a lot of things left unexplained, things I know but I don’t necessarily feel that the audience needs to know.
I like that. It’s like, you take a snapshot of somebody’s life, but how much do you really know about them, anyway?

Was Milla your first and only choice to play Olive?

Famke Janssen: Milla is just absolutely wonderful in the film. I’m really excited for people to see it, because it’s so different from the things that she’s done in the past.

It’s the perfect usage of her foreign–ness, because like me she was born and raised in another country.

So would you do it all again?

Famke Janssen: I’m already ready with my next script to direct, so absolutely. I can’t wait, it was so much fun.
I have to make a little bit of money in between, because I’m still not making money as a writer/director. Which I hope to change in the future, but I just did a movie called Hansel & Gretel: Witch Hunters, with Jeremy Renner, which comes out in March. And then I’m doing Taken 2 with Liam Neeson. We start shooting in a couple of weeks. 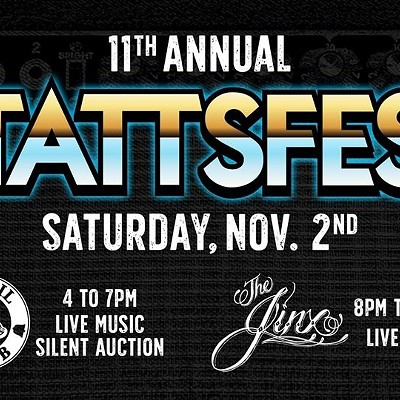