Ive done the numbers and they work!

Julie Sonnenberg-Klein peers at her computer screen. She has just discovered what appears to be a deep, dark secret in coastal Georgia: the power of the sun.

Old Sol shines with such intensity that it can heat water to over 200 degrees, slashing hot water heating costs at least 50 percent, and the total electric bill by nearly 20 percent.

With that knowledge she quickly makes the decision to install a solar water heating panel on the roof of the home she and husband Ben, a professor of electrical engineering, will be building in The Arbors neighborhood in Godley Station, a large planned community in West Chatham County

A physicist by training and disposition, Julie has become deeply immersed in the technologies of alternate energy as a project manager for InfinitEnergy (infinitenergy.gtrep.gatech.edu). Working from an office in one of the three gray and white masonry buildings clustered in the moonscape setting of the nascent Savannah campus of Georgia Tech, she coordinates conferences, seeks out grants, constructs solar demonstration projects, develops lesson plans for science classes and builds networks of people and organizations to actively promote Savannah and Chatham County as a budding center for energy technology.

Although over a thousand homes have sprung up in West Chatham, and tens of thousands more are planned, rooftop solar water heating and solar electric generation are not even offered as options by local home builders. Julie and Ben will become solar pioneers.

Savannah Technical College is psyched over solar. President C. B. Rathburn, III seized on the opportunity to work as an InfinitEnergy partner with Georgia Tech on joint solar projects. He sees it as a natural, and necessary, extension of a current two-year program.

People need to be confident that there will be trained personnel to maintain the equipment. Solar installations are labor intensive and he sees the growth of the solar industry creating many good-paying jobs in the area.

As Joseph Franklin, Dean of Occupational and Technical Programs explains it, Georgia Tech works on the theory and design, we work on training electricians in installation and maintenance. Solar also fits in to the whole concept of the state-of-the-art Industrial Technology center at Savannah Tech.

According to Lester Wiggins, department head, Electrical Construction & Maintenance Technology, and point man on the project. We will start by offering a three-unit course as an elective. As it will have no prerequisites. We will also welcome local electricians.

As with everything in Wiggins classes, he will stress plenty of hands-on activity. A stickler for doing things by to the book, Wiggins will make sure his students fully understand all building code requirements. He is an active member of the International Association of Electrical Inspectors, and spent over eight years as a senior electrical inspector with the City of Savannah.

Wiggins has just returned from an intensive course at Florida University, with many hours spent on rooftops. (They said to make sure to bring plenty of sunscreen, he says). He will fashion that experience into the course curriculum.

All three men share a palpable enthusiasm for introducing solar technology on campus. The first installation will consist of sufficient solar panels to light a classroom. Rathburn would like to see more solar panels on other buildings, but faces the reality of tight budgets. Hes working with InfinitEnergy, a public/private partnership, and the newly created Coastal Georgia Alternative Energy Alliance to attract grants and outside funding.

The recently signed Energy Bill, while only tossing a pittance at solar technologies, does contain the first federal financial encouragement since 1982 for homeowners to install solar systems. It includes a 30 percent tax credit, with a cap of $2000, through 2007, for both solar thermal and photovoltaics. Businesses that buy solar systems can claim a 30 percent tax credit (up from the current 10 percent), with no upper limit, through 2007, when the credit slips back to 10 percent.

Im just tickled to death to see it go through, crows Stan Hedgecorth of Coastal Solar Technology (coastalsolar.com), about the new energy bill, signed by President Bush this past Monday. The burly installer of both types of systems says the tax credit will cut nearly $1000 on thermal with payback for typical systems within 3 years.

Tommy Davis, president of Remote-Technology (remotetechnology.net), has always been puzzled by the reluctance of homeowners to install solar water heating. It would seem like a no-brainer.

As for commercial installations, he says, It just seems foolish not to have it. Payback for businesses is just a few years.

Even with the new tax credit, some consider solar electric systems too pricey. However, the credit brings a $6000 starter system down to $4200 with a useful life of over 25 years. And people dont always base their decisions on frugality or cost-effectiveness, as 50 plasma HDTVs, granite countertops, SUVs, and designer jeans attest.

Solar early birds include those who want to explore the newest technologies, get in on the ground floor of a new industry, hedge against future spikes in the costs of electricity, provide emergency backup in storm-prone Savannah, and do their share to protect the environment. In addition, there are the independent souls who just want to lead self-sufficient lives, detached from the electric grid.

Solar systems are the only appliances that make you money, claims Hedgecorth, and they add to the resale value of your house.

Besides, todays prices are not tomorrows prices. With worldwide demand for solar PV modules surging, exceeding supply, prices have held firm. Every manufacturer, however, is expanding facilities. According to Davis, Ive been told by one supplier that after October, prices should begin to come down.

Industry associations project that improvements in technology and increasing economies of scale in manufacturing will cut the costs of solar PV modules in half within five years.

Just as real estate agents will say It has great potential about a property that still needs a lot of work, so the planned residential developments on the Westside have great solar potential.

But none of that potential has yet to be realized.

Solar energy isnt even on the radar, is the blunt assessment of Gary Plumbley, an experienced project planner at the Metropolitan Planning Commission (MPC).

According to Will Burgstiner, land sales manager at IP Realty, an arm of International Paper, the master plans establish land usage patterns. IP Realty sells the residential and commercial pods to developers. The individual builders decide whether to incorporate solar systems.

As with other major builders, like Hallmark Homes and Genesis Designer Homes, who pride themselves on the energy efficiency of their new homes, solar is still not part of the equation.

By far the biggest solar potential can be found in the giant 4,000+ acre jigsaw puzzle piece  the New Hampstead Plantation master plan  that has just received the blessing of the MPC and the City of Savannah.

Community oriented, the plan calls for over 9,000 homes, over 1,000 multi-family dwellings, a village of over 800 dual use commercial and residential buildings, a school, government buildings and common areas.

Whether the new federal tax credits will grow a solar crop on the Plantation is yet to be seen.

States and utilities that are serious about solar energy like California, New Jersey, Ohio, Oregon and Hawaii, offer a combination of tax breaks, low interest loans and outright cash rebates to stimulate the growth of a local industry and help keep down utility bills. Georgia, like most of the states in the Southeast, barely acknowledges solar energy.

Tim Blackwell and Keith Freeman, partners at OneWorld Sustainable Energy (oneworldsec.com), have hired a lobbyist to help lead legislators out of the darkness of coal-fired greenhouse gas-producing electric generating plants and into a bright solar future.

They seek the bare minimum of state support  state-level tax credits and sales tax exemption  established for Georgia home and business owners who wish to utilize solar energy. Local counties can contribute by not including solar improvements when assessing real estate taxes.

At the present time, local planners, developers and builders do not appear to be taking into consideration the explosive growth of solar concentrator technology that will be commercially available in just a few years. As a result there is no planning for setting some acreage aside to produce electricity within, or near, the developments, or to utilize the millions of square feet of roof surface on large distribution centers in the area.

Setting aside three to four percent of the total acreage of a development, for example, would provide nearly half of the electric requirements of residential and commercial structures, with a payback period of less than 14 years and a useful life approaching 25 years.

From a solar perspective, the ideal community would draw power from a local solar farm and commercial/residential rooftop modules. This mix combined with energy efficient construction, the use of Energy Star appliances, and low wattage lighting, could yield a Zero Energy neighborhood.

Savannah has the potential of becoming the Solar City of the South. Will she rise to the challenge?

To comment in a letter to the editor, e-mail us at 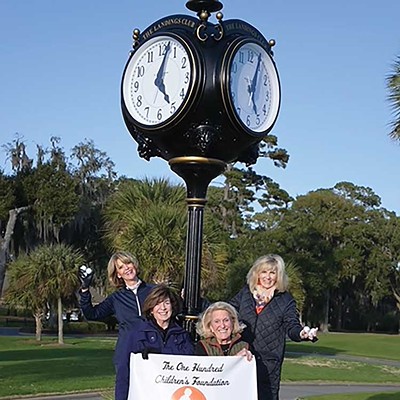