DIRTT: Building with ‘the human element’ 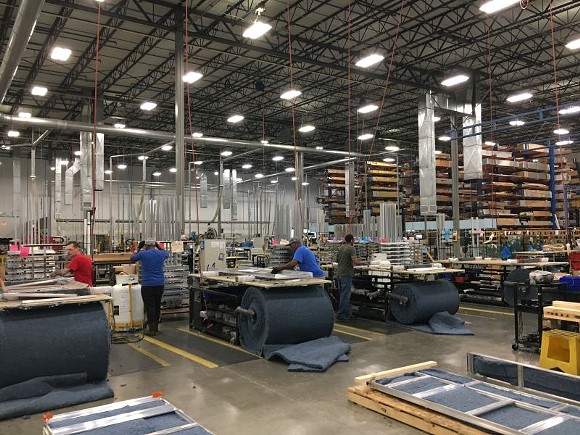 At its warehouse near the Savannah airport, DIRTT employees—endearingly referred to as “DIRTTbags”—fabricate around 300 frames a day.

THE MASSIVE white warehouse doesn’t look too different from the other buildings in the industrial park near the airport, but what’s happening inside DIRTT Environmental Solutions sets it far apart from its neighbors.

At first glance, it’s a factory: Men and women in safety glasses wield noisy power tools at various stations. Pallets are piled next to big bay doors. Forklifts beep their way through the stacks. The distinction is in what’s missing: Piles of waste, stuffy air, anyone in a suit hovering over the action.

“We believe in sustainability here at every level, from how we process waste to how we treat our employees,” explains representative Laura Lee Bocade, who might be called an operations manager, or maybe a community relations coordinator, except that DIRTT doesn’t do job titles.

“The way we do it has never been done before.”

You may recognize the name from its sponsorship of the Mountainfilm Festival or from a snazzily-wrapped Prius around town. An acronym for Doing It Right This Time, DIRTT manufactures walls—tile walls, glass walls, plain walls, walls with the electrical wiring already installed, and any combination thereof that interlock and break down in a system described as “Legos on steroids.”

The Canada-based company opened in Savannah in 2009 to meet the demand of its East Coast clientele without increasing transportation costs or energy output and has grown to become a major game changer—DIRTT became publically traded in 2013—in the $147 billion-plus commercial building industry. It’s also providing thousands of manufacturing jobs while reducing its carbon footprint, right here in America. 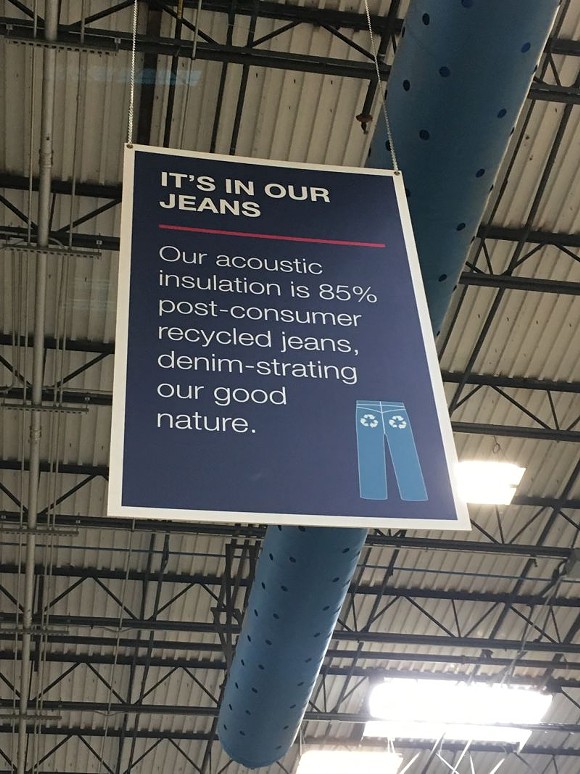 Eighty-five percent of the materials used are recycled and/or recyclable.

Locally, DIRTT walls can be found in the new wing of St. Joseph’s/Candler hospital, Circa Lighting and St. Andrews School; beyond Savannah its 7500-client list includes Chick-Fil-A, Sun Trust, Google and LinkedIn. The Savannah warehouse fabricates around 300 aluminum frames a day, which are then shipped directly to the job site and quickly assembled, shaving days, sometimes weeks off of a building project. (Another facility in Phoenix serves the West Coast.)

Its success is due to the vision of iconoclastic founder and Calgary businessman Mogens Smed, who parlayed his career in the modular furniture industry to start a company in 2005 with a mission of streamlining interior construction in the highly wasteful commercial construction field. DIRTT walls are in hospitals, hotels, schools, skyscrapers and stores around the world, and if and when the needs of those places should change, the fabricated parts can be easily reconfigured or taken apart to be used in a whole new space instead of demolished and sent to the landfill.

It’s not just the walls themselves that earn environmental kudos, it’s what they’re made of and how they’re made. Recycled blue jeans are used as insulation, and plastic orange brackets called “cookies” are sent off with each order and collected at the job site to be used again. Even the dust is vacuumed up to go back into the material chain.

“We’re at about eighty-five percent recycled and recyclable materials,” estimates Bocade, adding that the building construction sector accounts for 39 percent of carbon emissions in the United States, a statistic confirmed by the U.S. Green Building Council.

“Our goal is a hundred percent diversion from the landfill, and our products live very long lives.” 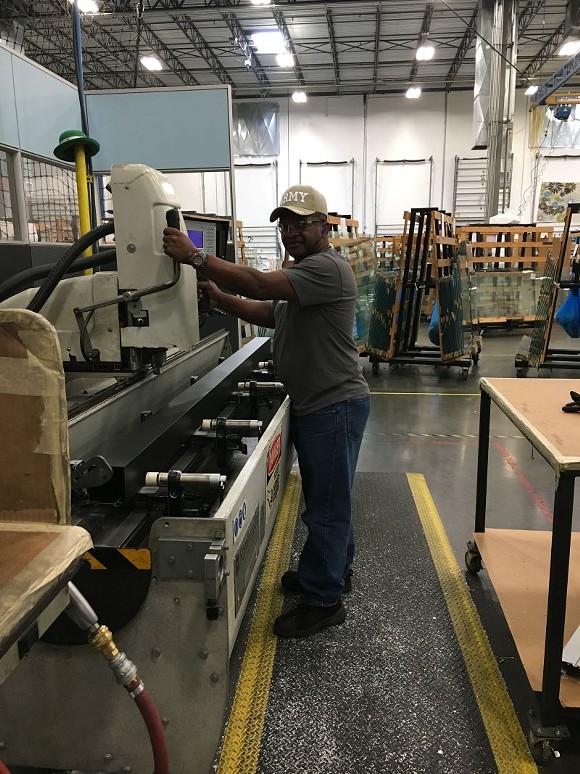 Veteran Stan Perkins says of the company culture, “You feel like you matter.”

DIRTT’s efficiency is based in its proprietary ICE software interface, touted as a “videogame for design” that allows architects and engineers to shift around ideas on the blueprint in real time. Project updates are beamed directly to the manufacturing floor, automatically calculating any changes in measurements, parts and price.

“We’re a tech-based business that happens to build interior construction,” says Bocade. “ICE is really the basis of DIRTT because designers can create a vision that’s communicated straight to us.”

If DIRTT is turning the construction business on its ear with its progressive ideas about reducing waste and investing in hi-tech software, its most radical concepts are in its company culture. Rejecting a hierarchical corporate structure that rewards CEOs with big bonuses and treats its labor force like a disposable commodity, the company pays employees—endearingly referred to as “DIRTTbags”—fair wages and generous benefits, including full health insurance premiums.

Other perks include the option of a car allowance for those who want to drive a low-emissions hybrid bedecked with the DIRTT logo and regular “beer nights” when workers knock off a few minutes early to raise a toast or two.

Everyone gets a healthy, hot lunch every day in the uber-modern, DIRTT-walled cafeteria, cooked by professional chefs sourcing fresh, organic ingredients from Savannah River Farms, Southern Swiss Dairy and other local purveyors.

Snacks and drink refills are always available (metal water bottles are ubiquitous and plastic bottles of water are nowhere in sight.)

The four day-on, four day-off workweek allows workers to pursue their own entrepreneurial projects or nurture their passions.

“They really value the human element here,” says Stan Perkins, an Army veteran who founded and runs the Wounded Warrior Dog Project on his off days, training service animals for other vets with PTSD or physical disabilities.

“It’s very social, and you feel like you matter.”

DIRTT also provides pathways from the factory floor with no glass ceilings in sight. Danielle White, 19, began assembling windows and walls as an intern while still in high school and has worked full-time since graduating from Jenkins’ engineering program last year.

“My aim is to move up here and work in the tech arena, maybe with the ICE program,” says White of delaying college and perhaps skipping it altogether.

“I see myself with this company for a very long time.”

Community service and awareness are also mixed into the “Kool-Aid,” as Bocade calls the company’s do-good, feel-good culture with a grin. DIRTTbags regularly volunteer at Habitat for Humanity, Emmaus House and the Savannah Tree Foundation, and DIRTT is the signature sponsor for the aforementioned Mountainfilm Festival every January, which showcases some of the most beautiful spots on the planet to inspire more conservation efforts.

Such magnanimous and unorthodox practices are surprisingly profitable, and DIRTT has earned accolades that intersect the management, green and business sectors, including Rockstar of the New Economy by Fast Company, Green Building of the Year Award by the Canada Green Building Council and the 2016 International Business of the Year by Governor’s International.

But none of those trappings are as important as meeting its mission of reducing waste in a construction-happy world.

“We’re not doing this to get a sticker on our website or receive another award,” promises Bocade.

“This is about doing manufacturing right and improving people’s lives.”