Calling all the good hackers 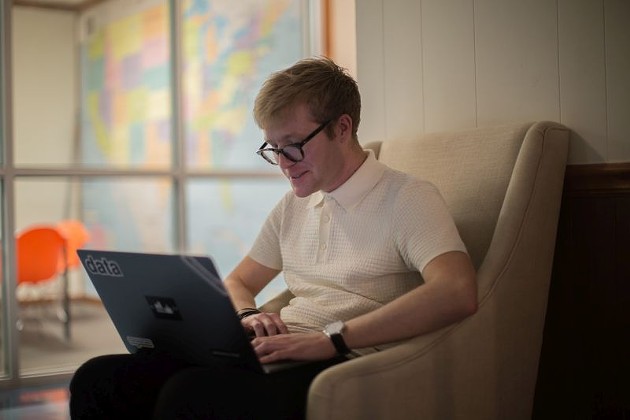 COMPUTER hackers have a terrible rap. I mean, how can they not?

They’re the world’s biggest disruptors—the email dumpers, the cat phishers, the cretin who wipes out your bank account while wearing a pair of Ren & Stimpy boxers and an Anonymous mask.

Last year cyber pirates breeched hundreds of thousands of credit scores, exposed celebrities’ unflattering selfies and held hospital patient records hostage for huge ransoms, not to mention digitally messed with the IRS, the NSA, and in case you forgot, our presidential election.

Anyone who can shut down Twitter by co-opting baby monitors is an evil genius of the highest order, and the ability to keep their own identities in the shadows makes them even more odious. Yet in spite of their ubiquitous and invisible power, most of us can’t even comprehend what they do and how they do it.

We live in a society that runs on apps and bytes, but in spite of the increase in STEM education, only an estimated 2 percent of Americans possess even the most basic software programming knowledge. Personally, everything I know about coding I learned from The Matrix, so I’m pretty sure reality is just a bunch of raining green numbers and we’re actually all bald pod people dozing in a giant wall.

But what if all hackers aren’t bent on bringing down the stock market and spamming you to death? What if some of them are really nice people who shower regularly and want to use their backslashes and JavaSpeak for good? What if some of them live right here in Savannah and are volunteering their digital voodoo to level the playing field and improve the quality of life?

Carl V. Lewis is one of those civic cyberheroes, a local Neo in Givenchy sneakers. The tech wunderkind heads up Open Savannah, a small team of local programmers and designers working with municipal leaders to streamline operations and devise solutions for community problems. Part of the Code for America Brigade that has outposts in 45 cities around the country, Open Savannah takes the populist stand that local government should be interactive and user-friendly.

“We believe government should work for everybody, not just people with power and money,” explains Carl at his office inside Bull Street Labs. “The ultimate goal is to increase citizen engagement and restore trust in our government.”

That last part probably elicited a laugh-cry emoji in your Matrix mind, since many of us would rather put our trust in Harvey Weinstein’s desk drawer than in the ruling bureaucratic clustercuss. Even navigating a simple process like paying the water bill online can be a face-palming endeavor, and often it is society’s most vulnerable—the poor, disabled and elderly—who are stymied by the labyrinths of officialdom.

“I had to get my drivers’ license renewed last week and it took four hours because I had forgotten one form. I can’t imagine what it would be like if I needed social services,” says Carl, shaking his head. “Efficiency is a form of social justice.”

To that end, Code for America teams in California have already created apps that connect families in need to food stamp benefits and designed programs to help formerly incarcerated folks clear their records and increase employment eligibility. Other projects include standardizing public housing forms in Washington, DC, mapping public trailheads in Portland and identifying voting precincts in Austin.

In most cases, the government agencies involved don’t even need to be hacked: The information is already available. Code for America and its regional brigades use this “open data” to create new products, and part of the mission is to advocate for open data policies for government at every level.

Of course, availability and accessibility aren’t the same. Searching for relevance without the proper perspective or tools can lead to information overload, or what Carl calls “data obesity,” and the task the techies have taken on is crunching that data into digestible formats.

Open Savannah’s efforts have already translated the last City of Savannah budget into a click-friendly site that allows people to drill down and see how money is allocated in each department. (Check it out at OpenBudgetSav.org.)

“We’re showing firsthand what can be done when information is made available,” explains Carl.

Other projects in the works include working with Chatham Area Transit to create an app that shows buses in real time and aggregating the county’s myriad social services into a single mobile portal.

The coders are also itching to create databases of searchable crime statistics, transcripts from city council and county commission meetings and records of school board purchasing contracts.

“People think that stuff is easy to find, and it’s not,” says local web developer and civic cheerleader Kevin Lawver. “A lot of it exists in closed systems, or it’s trapped on an Excel spreadsheet on someone’s computer.”

Fortunately, plenty of local agencies are delighted to share information and partner with the geeks to solve community issues, especially in coffee-fueled events Code for America calls “civic hackathons.”

Disaster response and resiliency are on table at this weekend’s Hack for Savannah, a high-energy gathering of coders, developers, designers, regular citizens and officials from the Chatham Emergency Management Agency charged with brainstorming creative recovery strategies the next time a hurricane hurls through here.

Teams will compete for $6000 in prizes provided by SEDA, and Kevin and other smarties will judge the projects based on viability and actual helpfulness. Even if you don’t know your HTML from your C++, non-tech types who know who’s who and what’s where are encouraged to participate.

“How can we know what our community needs if we only listen to one type of person?” asks Carl. “Local knowledge is some of the most vital data there is.”

It’s a brilliant idea, connecting the hackers with the bureaucrats and social change agents to organize instead of disrupt. Red pill or not, we all live in the same system, and in these times, collaborating to make it function better appears to be the most revolutionary form of rebellion.

We must remember that our government works for us and not the other way around. What we do with our data creates our reality, and who doesn’t want to see how deep this rabbit hole goes?