Iconic guitarist Doyle Dykes has been playing for so long that he’s joined the ranks of a relatively small group of players who’ve actually broke serious ground with the instrument. It’s not entirely surprising, though; the country, blues, and folk artist was and is influenced by some of the most groundbreaking guitarists in history. Dykes, a native of Jacksonville, Florida, is one of those guitarists that needs to be seen to be truly appreciated for his unique and innovative playing style.

Decades into his career, Dykes is still touring and making records. His latest run brings him to Randy Wood Guitars on Fri., Dec. 20, and we caught up with him ahead of the gig to talk about his incredible career. 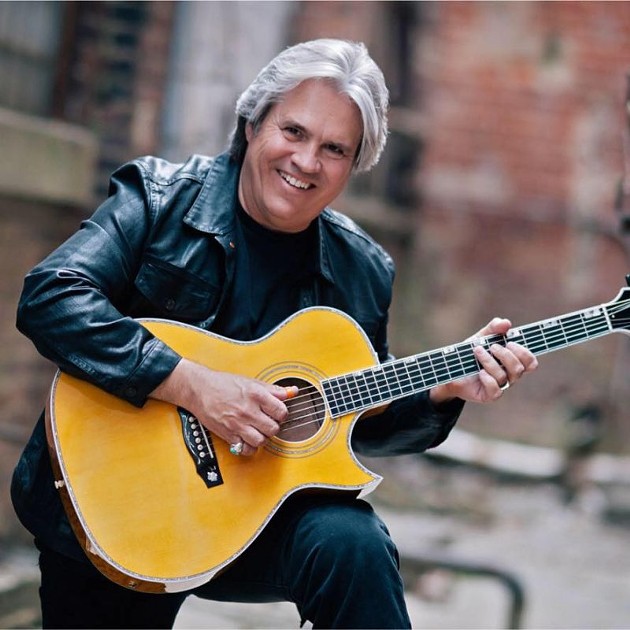 Where did this all start for you? Who were the players that influenced you the most when you were discovering guitar?

Well, of course Chet Atkins and Les Paul. Merle Travis was a huge influence, too. Merle’s style was similar to Chet. Chet went more into the pop thing, but Merle just had such an attack. It was more in-your-face, kind of like Les with a flat pick. Of course, Chet had that too. Merle Travis, though, just had a different feel to his playing. I’ve always just loved that.

Later on, Jerry Reed—he also had that sort of in-your-face, kind of banjo-esque type thing, you know? It’s almost what Grandpa Jones used to do on the banjo.

All of the players you mentioned are very innovative and forged their own paths with the guitar. I’d certainly put you in that category as well. Where did that desire to experiment and discover the instrument come from?

What I do comes probably as much from piano as it does from guitar. That aggressive attack I was talking about with Merle Travis, he was more of, like, a honkey tonk piano player. He actually said that to me. I met him over at Grandpa Jones’ home one day. Grandpa called me over and said, “I have someone here that I want you to meet.” We spent the whole day together.

I was raised around great piano players. My dad was a guitar player, but my uncle was a really fine keyboardist—he played the organ, that whole revival thing. He would play, and you could smell the sawdust and hear the folding chairs when he started [laughs]. That came out of gospel roots, a lot of that.

When you’re playing piano, your left hand is doing the bass and the right hand is doing the melody. On fingerstyle guitar, that’s the way it is. It’s very similar. I always wanted to try and play like that, and I remember praying one day. I said, “Lord, help me to be able to do that. Get out of my heart and on to my fingers.” Ultimately I decided to try and do drum rolls and timpani [rolls] and things like that. I actually talked to a drummer and asked him to show me the basics, and realized I could do that on a guitar. You can get it so clear and clean that you can’t tell that there’s no drummer. It’s an orchestral kind of thing.

That’s an amazing concept for guitar.

My grandfather was choir director at a church for 33 years through the entire time I was growing up. I remember him actually stopping the choir if they weren’t singing right and saying, “Hey, let’s stop for a second. Who are you singing to today? Are you singing to the audience? Let’s start over, and this time sing to Him.” He’d say, “Put some umph in it!” That’s kind of the way I learned to have that aggressiveness.

Something I’m curious about is the fact that you knew Chet Atkins a bit. That must’ve been such a wonderfully surreal thing.

Oh, yeah. I was always really shy about talking to him, but I had a lot of opportunities and got to know him through the years. I never tried to hang out with him a lot or anything, but I did ask him one time to do a video. His health had gone downhill, but he said, “I’m doing an album right now. If I can just get through this then maybe I’ll do it, Doyle.” That was, of course, the album he did with Tommy [Emmanuel].

Last weekend I was at this big event at a church down in Fort Myers, Florida. It was called the Keyboard Festival—something that the church had been doing for a few years. I said, “Why in the world would you ask me to do this?” They were like, “Well, one reason is that you don’t play the keyboard and we’ve got that covered” [laughs].

When I was there, I took an old guitar—at one of my lower times, Chet Atkins called me over to his office. He said, “You know, I always appreciate what you do. Especially with the church thing you do. I have something here that I think might bless you.” And so he gave me one of his personal Gibson classical models. I played it at the event, and it just went over huge. You keep things like that and don’t want to use them a whole lot and then you realize, “Boy, it could be a huge blessing to a lot of people.”

[Chet] was a friend, and he was a mentor, and a real blessing to me.