THE END of November marked the end of a big chapter for Capital Bee Company. A small honey company that started with Thomas Hinely hand pouring every bottle and setting up a station at trade shows around the southeast has grown into a booming storefront with two years of service.

Don’t worry—Thomas is still painstakingly hand pouring each and every bottle because he loves his product just that much. He is even continuing to grow his business by still selling at trade shows.

I wrote about Capital Bee’s superior honey last year, and when I ran into Hinely during a happy hour he proudly told me about their milestone. I thought it was worth mentioning. 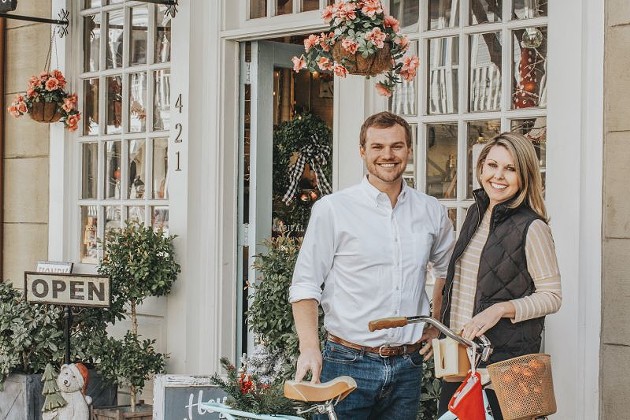 Unlike competitors, Hinely and his right hand woman, Director of Operations Kristen Harkleroad, have taken a simple honey store and turned it into a ‘honey boutique.’ That’s Harkleroad’s stamp.

This holiday season marks two booming years of operating and expanding their store and seven years of poring over fifteen varieties of honey. I can assure you, just as much growth has occurred behind the scenes of the shop as the expansion in the shop itself. Private labeling, an online store, and wholesaling are just some of the other pots Hinely has his hands in with Capital Bee.

In Hinely’s own words, “I love when people walk in here are like, ‘Are y’all doing okay?’ and ‘Can y’all make a living off of this?’ All they see is the store which is just the ring on the finger. There is a whole body behind it. There is more than just the store; there is wholesale, private labels, there is online, then there is retail.”

Honey Boutique means Capital Bee Company has grown into much more than simply a storefront where guests can come sample the available nectars.

The store located on the east end of Broughton features unique and handmade goods from other small businesses around the South.

Harkleroad even tells me “We carry another competing honey in [the store]. Did we think we’d ever do that? No, but we aren’t capable of doing it ourselves. Our customers want a hot honey, so we found a really great hot honey and we support and plug that small business.”

While I was speaking with both Hinely and Harkleroad, Hinely chimed in and gave me his take.

“We are more than honey. We aren’t just trying to show you all of these unique honeys but if you do not like honey it is okay to come in here. We have teas, we have barware, we have kitchen and cocktail napkins. Local art has been a big thing.”

Hinely will be the first to admit that sometimes his featured local small business products outsell his honey.

But that’s the point of supporting other business with your own successful business. 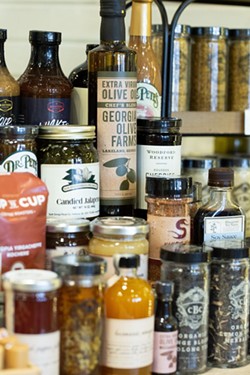 Hinely tells me about the last two years.

“We are getting bigger but we are still small in employment, which is I think our biggest hurdle.”

“It’s flown by. Where has two years gone?” she laughs.’

“It’s been really cool to see people who are back on vacation again or they come to Savannah a few times a year. They do not live here but we know them. It feels great when they come in and tell us this is our first stop, or we drove over from Hilton Head to see y’all. That has been really cool to have,” she says.

“You have to adjust what you think you are going to be when you first open. You have to be willing to revisit your plan and kind of adjust. At first we had thirteen vendors, we were just a honey company, and now we are a honey boutique. It has been cool to have so much support from our neighbors downtown but to also adapt to what they want,” she says.

What have the past two years taught them?

“Balance is important. We do everything between such a small amount of people and really making sure we do not drop the ball,” Harkleroad says.

“We’re here everyday. We don’t have a lot of employees. We make sure that we’re here making it the best experience for everybody that walks through the door,” she says.

“People have options, they don’t have to come shop here. They can go anywhere they want to and we know that, but we appreciate everyone that comes in and supports us and we don’t want them to ever be disappointed when they come in here. I am always trying to find new stuff for them to sample or new stuff for them to try,” she says.

Hinely says, “Because we are so small the focus on the other branches is tough because the store is taking up so much time. My goal for the next year is to get more into the warehouse and grow that side, because the store is doing so well. You have to get the people in place to fill the hole that you will leave void when you leave, and find the right people to grow the warehouse for the next year.”

Hinely also mentions dreams of a property in Savannah for and garden and bees. He would like to further expand the store and his business by sharing and educating Savannah.

Bee-eautiful with a Capital Bee 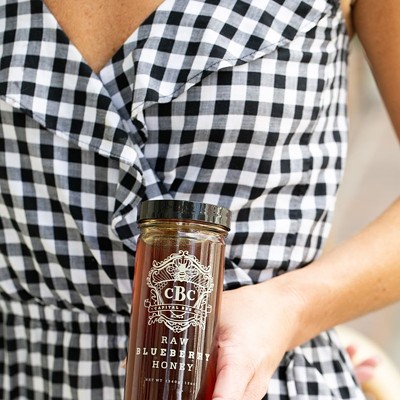