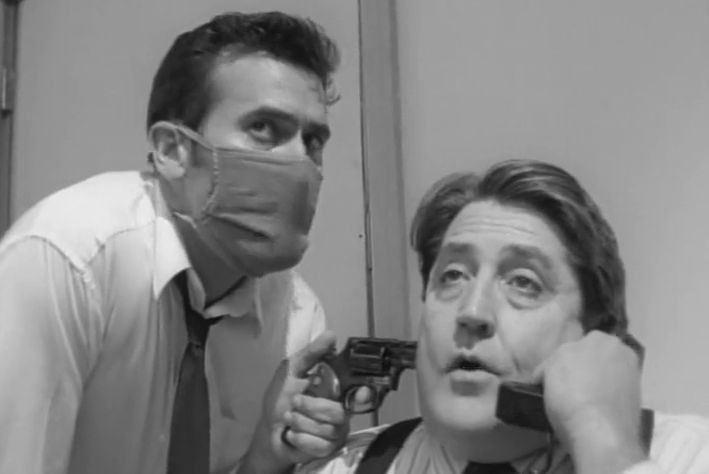 SAY happy birthday to the King of Cult.

Bruce Campbell, best known for his role as horror hero Ash Williams in the Evil Dead franchise, turns 58 on June 22, and Psychotronic Film Society of Savannah is throwing a party in his honor.

PFS has a long history of blowing out the candles for sci-fi saints and B-movie bosses, and founder Jim Reed feels Campbell is a truly worthy candidate for a Society salute.

“I have loved Bruce Campbell’s unique blend of deadpan humor and faux-macho shtick since the early 1980s when I first became aware of him in the original Evil Dead,” Reed explains. “He’s a much better and more nuanced actor than many people give him credit for, which is probably because so many of his roles tend to be in genre films or TV shows that primarily deal with horror, sci-fi, fantasy or action—or all four, if we’re lucky. A lot of folks tend to marginalize such genres and not appreciate the serious craft that goes into maintaining the kind of compelling, charismatic and imminently watchable persona that Bruce seems to possess in real life, and which he reliably brings to his acting jobs.”

To honor the icon, PFS will host a prize giveaway with Campbell-related swag and screen rare 1997 crime thriller Running Time, directed by Josh Becker (Xena: Warrior Princess, Alien Apocalypse, more). Campbell leads as Carl, a prison inmate who’s received an early release. Ten years in the pen won’t stop Carl from returning to his old ways, though: he spent his sentence plotting the ultimate heist and is ready to set the plan in motion.

“I wanted to make sure we were showing something most folks had likely never even heard of, let alone seen,” says Reed. “Running Time seemed to fit the bill. I had heard it mentioned reverently by other cult film enthusiasts for a few years. It’s a really, really great little movie, and it sucks that so few people know about it. Film students in particular!”

Running Time, filmed as one continuous shot, on location, was deeply inspired by Alfred Hitchcock’s Rope.

“I was very inspired by Rope,” director Josh Becker confirms with Connect Savannah. “I don’t mean to cut down Hitchcock—he is a great hero of mine—but the inspiration of Running Time was, ‘Why does Rope not work?’ It occurred to me that the basis of the whole movie is, if there’s no time element in the story, it doesn’t matter. It’s a play. It’s all on a set, which doesn’t make it very hard to do those long takes. There’s a dead body in a box. If there were a timer on that box and that box were to pop open, there’s a time element. So, in Running Time, I am constantly reestablishing a time element. He gets out of prison. He meets the girl. She’s a hooker—he only has so much time with her. He picks up the guys, they get ready to do the heist. The time element keeps re-establishing itself.”

Unlike Rope—shot on a soundstage with controlled lighting—Running Time shows Campbell dashing through the streets of L.A., in and out of various buildings, all while being tailed by the camera.

“You have to take a lot of things into consideration,” says Becker. “Where does the boom guy go? There are many scenes in the movie where Bruce and the girl are talking in her apartment, and the camera is going around and around. To get the camera all the way around them, everything in the background has to be taken out, then everything has to be put back as the camera comes back around again.”

Becker always knew he wanted Campbell for the role of Carl—after all, the two are old friends, having been locker neighbors as far back as junior high.

“Running Time is not a horror film, it’s a drama,” says Becker. “Bruce shows himself to be incredibly good as a straight dramatic actor, which he hasn’t gotten all that many cracks at.”

Something fans might not know about the seemingly tough-guy Campbell?

“He and his wife grow lavender!” Becker shares. “They have a beautiful house in Oregon and a lavender field and take walks in the woods and watch nature documentaries. People think he’s the ultimate horror fan—he’s just not. It was the biggest surprise in the world that he ended up as a horror icon.”

Running Time will be re-released soon; Becker looks forward to the film seeing new light through a digital transfer. Next, he and pal Campbell will reunite for a new script Becker is working on, an Annie Hall-inspired romance. With Campbell’s versatile chops, he’s sure to be a great addition to the film.

“Bruce’s one-of-a-kind screen presence actually has much more in common with the matinee idols of decades past than someone from his own generation,” offers Reed. “He has the looks and the gravitas to pull off much more serious and dramatic roles than he is usually offered (or perhaps, takes). He’s like some kind of throwback to the days of Cary Grant, Rock Hudson and Richard Widmark. So, when you see him playing the “straight man” or offering deadpan reactions to bizarre or fantastical subject matter, the level of surreality which pervades such nonsense is heightened to great extremes...he’s handsome, smooth, and casually imposing, but still seems approachable and empathetic, if not downright self-deprecating.”

“I also think,” Reed continues, “Bruce has earned a reputation among viewers, readers and fans as a legitimately friendly guy who truly appreciates his international cult fame. He seems genuine and level-headed, and that goes a long way towards endearing him to people such as myself who dig quirky art and the quirky people who make it.” 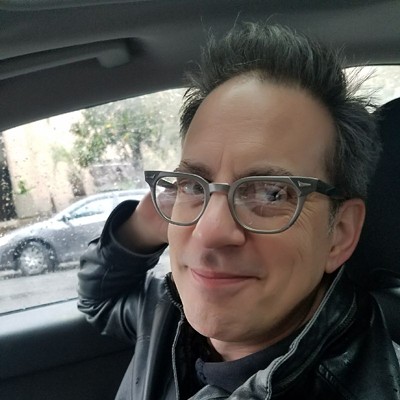