Celebrate the life aquatic at the Maritime Arts Festival

Artists have connections to Savannah waterways

Where: Ships of the Sea Museum, 41 MLK Blvd. 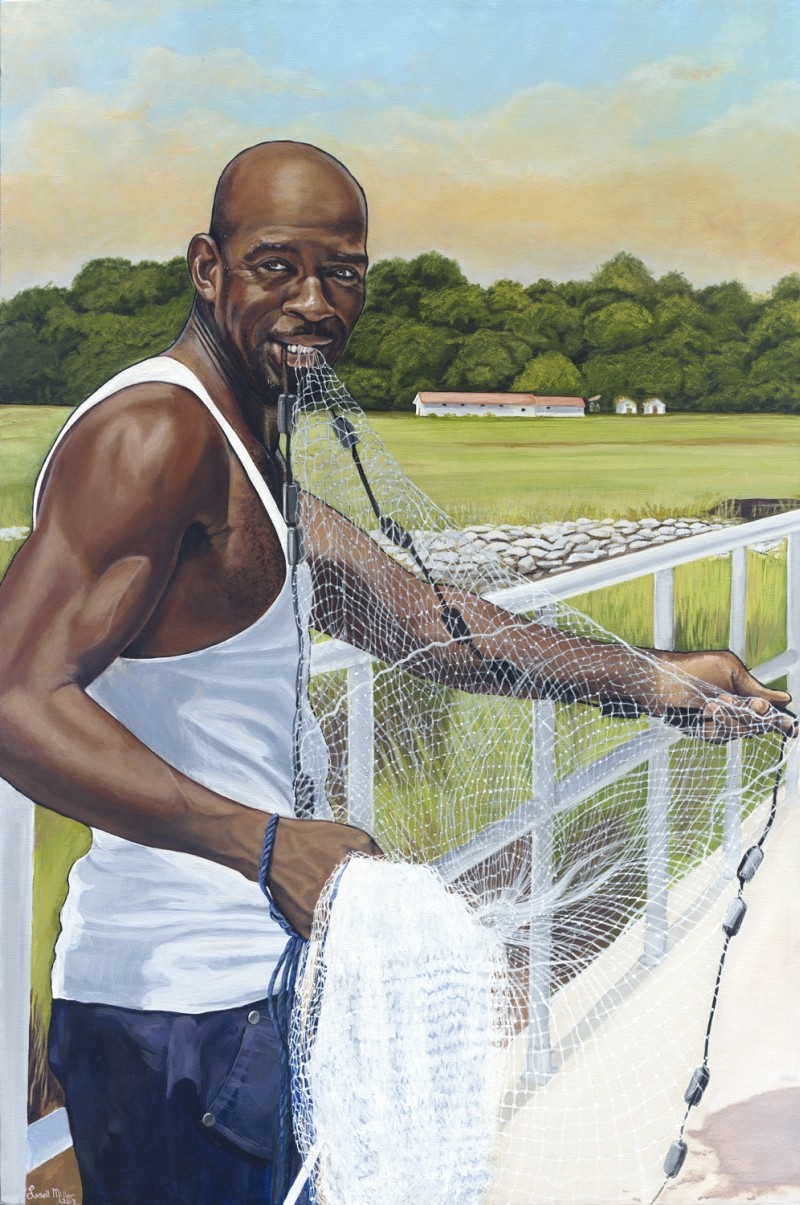 SAILORS of yore often passed the long days at sea by carving ornate scenes into whale teeth or whittling a piece of wood into a likeness of their favorite ship.

These days those maritime crafts live on via the hands of dedicated artisans, and while they don’t necessarily spend months at a time navigating the Big Blue, their admiration of the sea-faring life is evident.

Modern examples of scrimshaw, boat models, aquatic landscapes and jewelry fashioned from found seashells are just some of the treasures to be found at the first annual Maritime Arts Festival, sailing into the Ships of the Sea Museum this Saturday, May 9.

Free admission and a bevy of fun activities mark what is hoped to be a yearly event meant to showcase Savannah’s diverse and complex maritime history.

“I’ve been wanting to do this ever since we opened up this space,” says Curator of Education and Exhibitions Wendy Melton of the museum’s glorious Assembly Room and extended garden, constructed in 2012 and now one of the most popular wedding and event venues in the city.

“We finally had a free weekend, and we took it.”

Along with a cornucopia of maritime-themed art and mementos for sale (just in time for Mother’s Day!), visitors of all ages can launch tiny yachts in the reflecting pools, climb aboard life-sized schooners set up on the lawn and learn how to scrub a ship’s deck properly with hands-on demonstrations of “holystoning.”

Antique postcards from SoS’s recent “Wish You Were Here!” exhibition will be for sale, and even the most aquaphobic landlubber can emulate the ancient mariners with Sailor Jerry-inspired temporary tattoos.

Though submissions were open to all, the final list of exhibiting artists ended up as a majority of locals with connections to Savannah and its storied waterways.

Charlie Ellis brings his collage sculptures created from objects found along the Savannah River, and Clair Buckner of the City of Savannah’s S.P.A.C.E. Gallery presents her animal-friendly scrimshaw work, engraved on ceramic.

Also displaying work is ceramist Dave Peterson, who creates models of iconic fishing vessels that he distresses to look like worn wood. The one-of-a-kind boats are hugely popular in Maine, where Peterson supplies several galleries during the summer season, though his work is relatively unknown here in the South. 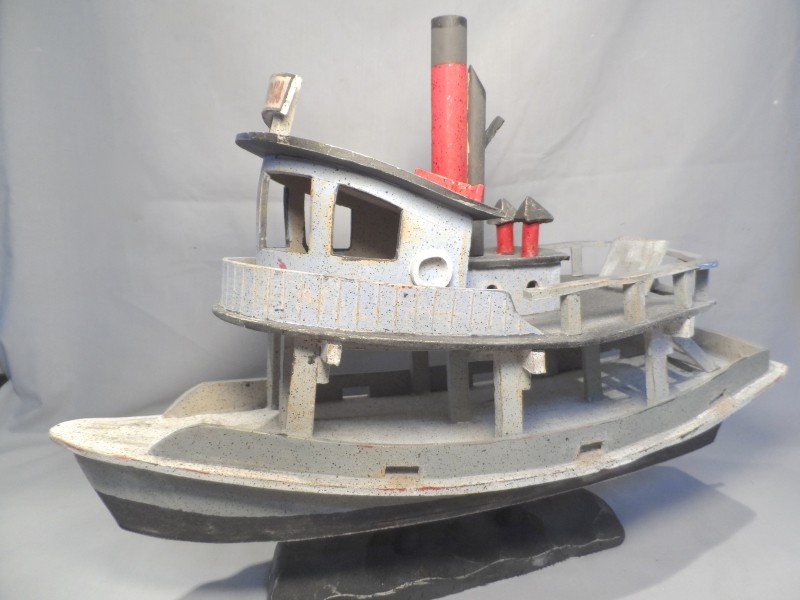 Dave Peterson’s ceramic schooners are inspired by his 30+ years as a stevedore and marine surveyor for the Georgia Ports Authority.

Peterson comes by his creative obsession honestly; that is, on the water. He started a maritime career as a stevedore unloading cargo on the docks in the late 1970s and has worked for more than 30 years as a marine surveyor at the Georgia Ports Authority.

He graduated from the University of Florida with a degree in ceramic sculpture, but dropped out of the pottery scene for two decades—until he began attending ceramic classes at S.P.A.C.E. several years ago.

“I went in, and the floodgates just opened up,” he recalls. “I started making them like crazy.”

Peterson now teaches pottery at S.P.A.C.E, and his models are finding their way into maritime collections around the country.

Painter Carol Lasell’s day job may keep her on land as she serves as the event planner for the City of Savannah, but her large canvases reflect people who spend most of their time on the water.

“I was raised in a Navy family, and I’ve always been fascinated by those who frequent the oceans and rivers,” says Lasell.

One of her most well-known works is Pin Point Sunrise, painted from a photo that Lasell snapped of a shrimper casting his net near the historic African-American oystering village near Moon River.

“I went back several times to find him so I could give him a print, but I never saw him again,” she laments.

In In Pursuit of Arthur, Lasell memorializes late Isle of Hope fisherman Arthur Brennen, who attended the Bethesda School for Boys in the 1930s and was a beloved character throughout Savannah’s island communities until he died in 2004. 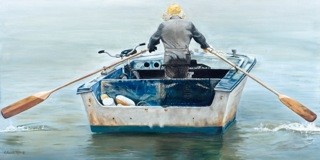 'In Pursuit of Arthur' by Carol Lasell

While she never met him personally, Lasell considers his legend an important one to pass on, as do several other local artists who have captured Brennen on canvas throughout the years.

Life on the water is an essential and powerful part of Savannah history, and as the Maritime Arts Festival demonstrates, a primal inspiration.

“Most of these artists are locals who have lived in this area for a big part of their lives,” says curator Melton.

“They understand the maritime life.”