Seeking to take advantage of what they see as Democratic tailwinds this year, Sandra Workman, Adam Bridges and Alicia Scott are fighting apathy as much as incumbency in suburban districts once thought unwinnable.

Their races will help determine the makeup of Georgia’s State House and Senate, even if solid Republican majorities in both chambers aren’t in question.

This year, Democrats are contesting more Republican-held legislative seats, 56, up from 21 two years ago.

And in Congress, Democrats fielded candidates in all but four districts, up from 27 in 2016.

And no matter where you stand politically, you have to cheer at having more than one party on your ballot. Otherwise, why pretend that your election choices are any better than in China, Cuba or Laos?

The GOP must think Carl Gillard, Craig Gordon, Mickey Stephens and Lester Jackson are doing a good job. A cynic might say, “Republicans know where to spend their money. These foolish Democrats are spitting into the wind.”

I won’t say that. And I’ll tell you why in a minute. For now, here are the insurgents who think they can flip some seats. 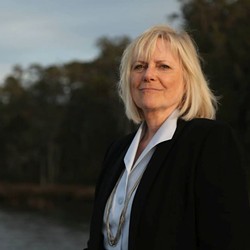 Georgia’s State Senate District 1 includes the greatest hits of Savannah’s suburbs, from Tybee Island to Pooler and Ft. Stewart. The last time that a Democrat fired a shot here was Carry Smith aiming at Buddy Carter in 2010.

This year’s incumbent, Ben Watson, a doctor from Isle of Hope, never has faced a Democratic challenger until now.

“I can’t sit back and let the government run itself,” says Sandra Workman, a first-time candidate inspired by the 2016 elections.

“One of my motivations for running was voting that November when I had no choices below the top of the ballot. It was all one party.”

That year, Georgia led the nation in terms of uncontested state legislative seats. An astonishing 83% of state lawmakers were reelected without opposition. Workman says, Trump’s narrow victory also lit a fire under her.

The retired information security officer from Richmond Hill got more involved in politics and decided to run.

“I want Georgia to be an example of how government can serve the citizens and not the other way around.” 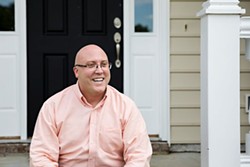 Republican Anne Purcell faced Tawana Garrett here in what used to be State House District 159 in 2010, the last time any Democrat raised a finger here.

“Moderate Republicans know me and the integrity that I carry and don’t care what party that I’m affiliated with,” says Adam Bridges, a former Pooler Chamber of Commerce president who runs a liquor store and an insurance agency.

“This isn’t a Republican or a Democratic district. People are frustrated with the negativity and division in the country.”

Bridges served in the Marines and talks a lot about his business background, especially his journey from almost losing everything in the recession to now being able to retire if he wanted.

“I have the know-how to get things done and I want to take that to Atlanta.” 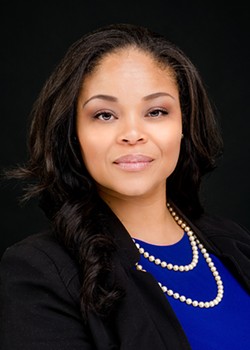 Georgia’s House District 164 is represented by the man they call the “dean” of Chatham County lawmakers, which is just a polite way of saying “he’s been there the longest,” Ron Stephens.

“People are fed up with politics from Trump on down and they’re feeling the pinch of Republican-led government,” says Scott, a marketing consultant and a former financial services executive. “We can’t just keep complaining about it. We have to do something to change it. And if enough of us run, some of us are going to win.”

Like Workman and Bridges, Scott believes Savannah’s suburbs aren’t what they were the last time Democrats lost in 60-40 and 70-30 blowouts.

House 164 has added thousands of new voters, some Democrats who helped to replace county commissioner Lori Brady, a Republican, with Jay Jones, a Democrat, a turning point for Scott.

“No one sat down and crunched the numbers and thought that this was possible. We have political lethargy.”

It remains to be seen whether these Democrats will benefit from obvious tailwinds: changing suburban populations, enthusiasm for the historic gubernatorial candidacy of Stacey Abrams, and Trump’s unprecedented unpopularity.

But no one knows what’s going to happen on election night. I’m more interested in questions of civic awareness.

When hardly anyone knows their State House and Senate members, how does a challenger’s lack of name recognition differ from an incumbent’s? Answer: It doesn’t.

And so if you care about anything other than I, R and D, it’s up to you to look into these candidates, the incumbents they’re challenging and other candidates, too.

They’re surprisingly reachable. You have until November.