Psychologist Dr. Wendy Wolfe explores how to love the skin you’re in

IT doesn’t matter how many times someone tells us that all those sculpted, skinny bodies on Instagram and in glossy magazines are Photoshopped; most of us still hold ourselves up to that unreal ideal.

There’s no doubt that our media-swamped society has a detrimental effect on how we feel about what we see in the mirror. More than 80 percent of women report that images in advertising make them feel insecure about their appearance, and an overwhelming 90 percent of girls ages 15-17 are unhappy with their bodies. The self-criticism starts even earlier: Forty percent of 9 year-olds have tried dieting, and more than 80 percent of 10 year-old girls are afraid of “being fat.”

The statistics show that we spend trillions of dollars a year on products and waste hours obsessing over cellulite. Negative body perception can also lead to fad dieting and other harmful behaviors that throw hormones and metabolism out of whack, and some may develop into full-blown eating disorders. Other studies show that body dissatisfaction can be a precursor to clinical depression.

So how do we learn to ignore the critical self-talk and love the skin we’re in?

Dr. Wendy Wolfe thinks gratitude may be the key.

The Armstrong State University associate professor of psychology has conducted several studies on “gratitude-based” therapy techniques, such as writing a daily list of things to be thankful for and practicing mindful thinking. She recently completed research on how those techniques can apply specifically to body image and eating disorders, and the results are promising. 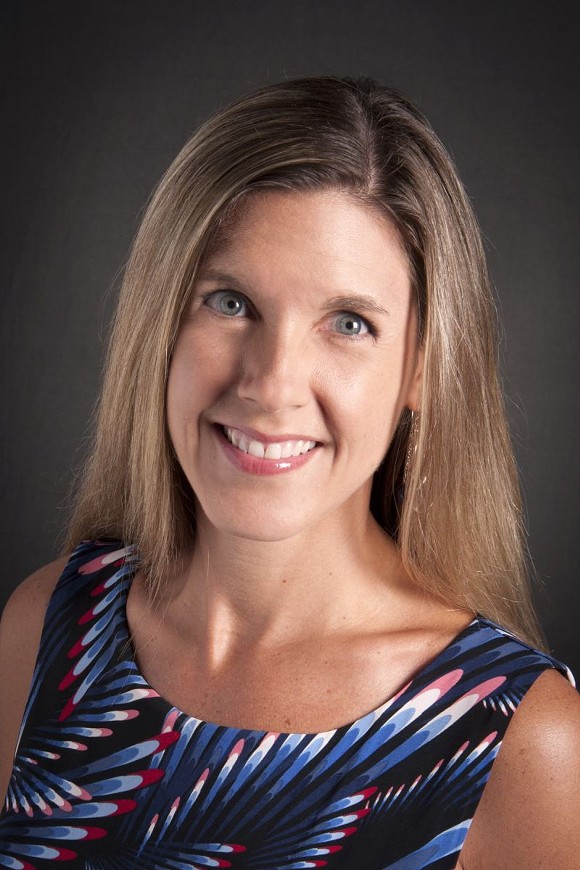 “What we found is that gratitude worked better than cognitive restructuring, which has been one of the traditional methods used to treat eating disorders,” says Dr. Wolfe, who will present her complete findings at a free lecture titled “Acceptance and Appreciation-Based Interventions for Reducing Body Dissatisfaction: Challenging our Thinking about Thinking,” on Friday, Feb. 19.

She explains cognitive restructuring as the process of identifying problematic or distorted thoughts and teaching a person to move through them. It’s a technique that is also used to treat depression and anxiety, and while it helps many people overcome their conditions, there are others who don’t respond well to analyzing their unpleasant thoughts.

“Anecdotally, the issue with cognitive restructuring is that you’re asking people to focus on thoughts that elicit negative emotions, and some people don’t like to do that,” says Dr. Wolfe, who did graduate work on the connection between addiction and eating disorders at Syracuse University. She also served as a clinical psychologist at Georgia Southern before joining the Armstrong faculty in 2006.

“Even if the outcome is positive and the thinking becomes more adaptive, the process can be averse for some folks. I was interested in trying something different.”

While only 1 to 3 percent of American women are diagnosed with clinical anorexia or bulimia, Dr. Wolfe says that dysfunctional “subthreshold” behaviors like restrictive eating and excessive exercise are much more common and can impact quality of life.

“Over the years, I’ve seen a fair amount of women, and one of the hardest things to change is negative thoughts and feelings about the body,” she says. “Even when restrictive eating or binging and purging behaviors are normalized, the body dissatisfaction remains.”

Some may think that gratitude lists are fine for Oprah and her acolytes but that clinical psychologists ought to stick to the science. And they have: Dr. Wolfe’s lab based its study on research conducted in the UK that compared the two therapies and found that gratitude intervention worked as well as cognitive restructuring when applied to body dissatisfaction. The British study also found that the gratitude-based treatment had a lower dropout rate, which Dr. Wolfe found promising.

She designed a similar protocol to focus on college-aged women, the population at highest risk for eating disorder onset. In exchange for course credit, approximately 100 female Armstrong students were randomly assigned to three groups for a period of two weeks: One wrote daily gratitude lists about the things they valued in themselves, another went through the process of cognitive restructuring and a third was a control group that had no prescribed activity. Participants rated their mood, body perception and other emotional markers at the beginning and end of the study.

There were significantly fewer dropouts in the gratitude group than the cognitive one, which is consistent with other research. The biggest surprise of the study is the positive effect that the gratitude exercises had on body perception.

“What we found is that gratitude did even better than the other,” reports Dr. Wolfe. “In fact, in the cognitive restructuring group, there was a pattern where the women became more dissatisfied and experienced a more negative mood during the study.”

Dr. Wolfe points out that the study participants are not a clinical sample in that they were not seeking treatment for eating disorder issues. But since body image concerns are “fairly normative” in women, the unexpected conclusions may point to an accessible tool for the greater population.

She notes that body dissatisfaction doesn’t only affect women.

“There have always been sub-groups of the male population at risk, wrestlers and jockeys and such, and in the past decade there has been more of a cultural focus of men maintaining a slim physique. The ‘ideal male physique’ is leaner and thinner than before, and we are seeing more of those sub-clinical patterns in men.”

While she calls her findings “very preliminary” and stresses that they need to be evaluated further, Dr. Wolfe posits that there may be role for gratitude intervention as part of a broader treatment package. Since aspects of the technique mirror some of those used in Alcoholics Anonymous, she thinks it may be a promising intervention in addiction as well.

“I’ve seen more and more research that is consistent with a movement in the field of psychology towards focusing on positivity and resiliency and things that improve well-being instead of focusing on symptoms,” she says.

In the meantime, Dr. Wolfe and her lab assistants continue to conduct ongoing research about body dissatisfaction in a scientific environment, measuring the effects of media and testing ways to mitigate those negative thoughts about our thighs.

“The undergrads play a key role in informing the lab and what measures are used,” she says of her students.

“A lot of young women can relate to this. I usually don’t have hard time finding participants for this kind of research.”