Book discussion to focus on challenges facing the South

THIS FRIDAY, join author Rick Van Noy for a discussion of his latest book, "Sudden Spring: Stories of Adaptation in a Climate-Changed South."

Van Noy set out on a trip to the South to hear the stories of people living through climate change. He spent some time in Georgia getting to know our coast.

The event is presented by The Book Lady Bookstore, the University of Georgia Press, and the UGA Skidaway Institute of Oceanography.

How did the idea for “Sudden Spring” come about?

I think the whole thing started, ironically, in the north. I was in Alaska at Glacier Bay and I saw one of those glaciers calve, and I was wondering about climate change then. I thought, “You know what, that part of the story is not getting through to people.” I wanted to bring it down to scale and talk more about people in their own community. So since I’m in this region, why don’t I localize it to this region? Because the South will be hit pretty hard by climate change because it’s already hot, and it’s low-lying.

The other interesting thing about these Southern communities is they were resistant politically to what to call it. In Virginia, they called it “nuisance flooding.”

When I went to Georgia and trying to line up some interviews and talks, I was trying to get to the flash points. Where are people really seeing it? Who are experts that can tell me something?

I went to Tybee Island and I remember talking to Paul Wolff, who was on council for a while. He stayed on the island and rode out [Hurricane Michael]. I think people sort of think, “It won’t happen to me, won’t happen to my community.” They’re problems so big that a certain complacency sets in. So there were probably calls to get off the island, and he stayed.

Did you find overall that people knew about climate change, or were they just being willfully ignorant?

From what I can tell, people are seeing changes. Whether they want to call it climate change or not, everyone seems to notice that something’s different. It’s hotter or it’s dryer or it’s wetter or the storms are more intense. [The question is] whether or not they link that to climate change. Scientists will certainly say, “This is climate change, and this is happening.”

I talked to more experts in Georgia, but I did talk to some random people on the street, and everyone I could at least have a conversation with. People didn’t want to get into causality, but they were willing to have a conversation.

After I went to Savannah and Tybee and talked to some people, I ended up on Cumberland Island and was talking to Carol Ruckdeschel, and I thought maybe I could get into how climate change is going to affect sea turtles because she’s a sea turtle expert. She could meet me spur of the moment, so I packed up my gear and left. I looked at where she was, and you take the ferry, so she’s on the north end and I guessed that was seven miles. It turned out to be 11 miles. 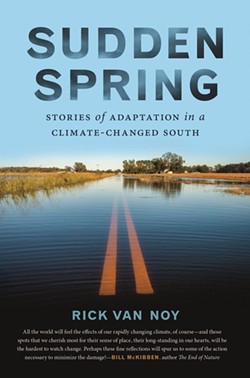 I relate that to our optimism bias. We think it’s not going to be as bad as it is. I tried to work that into climate change. I found out sea turtles are actually pretty resilient. Resilient is a word a lot of communities use, like they’re going to be fine. They’ve already survived volcanoes, previous glaciation and things like that, but I worked in that optimism thing. It’s a sort of complacency, like, “That’s not going to happen.”

I’ve noticed that the resiliency of the Earth is often brought up by climate change deniers.

The thing that’s hard to communicate is the rate of change is happening faster than it’s ever happened. Right now, because of what we’ve done, the change is so rapid. And yeah, the Earth will survive, but that’s kind of a question of the quality of life of people and communities.

I think with optimism bias, we give up our agency and put it in something else, like technology or a supreme being. That was the point of my ending. I almost didn’t have enough fuel for my campfire to boil my water, and that’s how I closed it. It’s us who have to do the work, to check and make sure there’s enough fuel for our fire, to make sure we’re prepared.

What would you hope readers would take away from “Sudden Spring?”

That we turn our attention more towards preparedness rather than response. Right now, we’re probably more about responding to climate change than we are preparing for it.

I would hope us to really take stock of the future we’re leaving for our children. That’s kind of an encouraging thing right now—some of these sunrise movements and the 15 year-old [Greta Thunberg] from Sweden and other groups rising up. We shouldn’t have to expect 15 year-olds to solve our problems for us, but they’re going to bear a big brunt of this. Older generations aren’t as concerned as younger generations because they’re not going to see the effects.

I would hope we would listen to experts who are telling us what’s going on. James Hansen was warning us about this 30 years ago and had we acted then, we’d be in much better shape. Even when I started this, probably three or four years ago, it was more abstract, but it’s becoming closer and closer.

The other thing is that I’d hope we’d come together less as individuals and more as citizens of a larger community. It’s kind of a tragedy of the commons thing. No place is really an island. We’re all going to feel the effects. 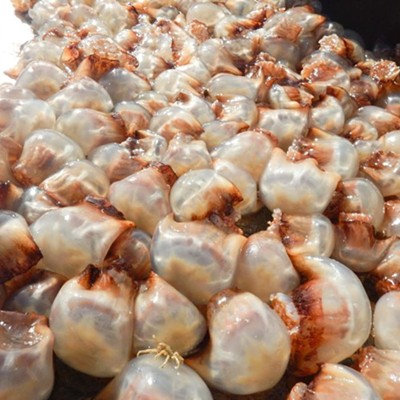