Mauldin began working at CAT in June of 2020 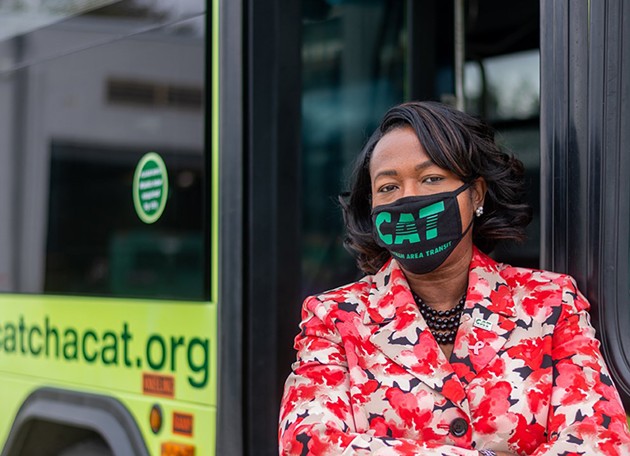 Courtesy of Chatham Area Transit
Former CAT CEO Bacarra Mauldin.
The Chatham Area Transit Board of Directors voted 6-3 to terminate CAT CEO Bacarra Mauldin during their Jan. 26 monthly meeting, according to a statement issued by Board Chairman Deidrick Cody. Cody said that he could provide no further details about the termination, citing the issue as a personnel matter. In the last few minutes of the Jan. 26 virtual meeting, board member Helen Stone, the Chatham County Commissioner for District 1, initiated Mauldin’s removal. “I make the motion that at this time it is necessary to terminate our executive director, effective immediately,” Stone said. Board member Tabitha Odell seconded the motion. After the 6-3 vote was taken, Cody – who voted to remove Mauldin – expressed gratitude to the freshly fired CEO for her work at CAT. “I am sorry we had to close out like this. I want to also thank Ms. Mauldin for her services,” Cody said. “Thank you for the opportunity to serve,” Mauldin replied, before abruptly departing from the meeting. Following the vote, board member Clinton Edminster – who voted against removing Mauldin – vocalized his dismay with the outcome. “I’m just disappointed,” Edminster said. “I don’t think this was the right move.” CAT’s Chief Administrative Officer David Stearns was appointed by the board to serve as the interim CEO on a temporary basis, and the board plans to meet again this week to appoint a long-term replacement, according to the statement. Mauldin was announced as CAT’s new CEO in June of 2020. Previously she served as the Director of Policy and Innovation with the New Orleans Regional Transit Authority. According to the CAT Facebook page, Mauldin was elected as the Vice President of the Georgia Transit Association in December.