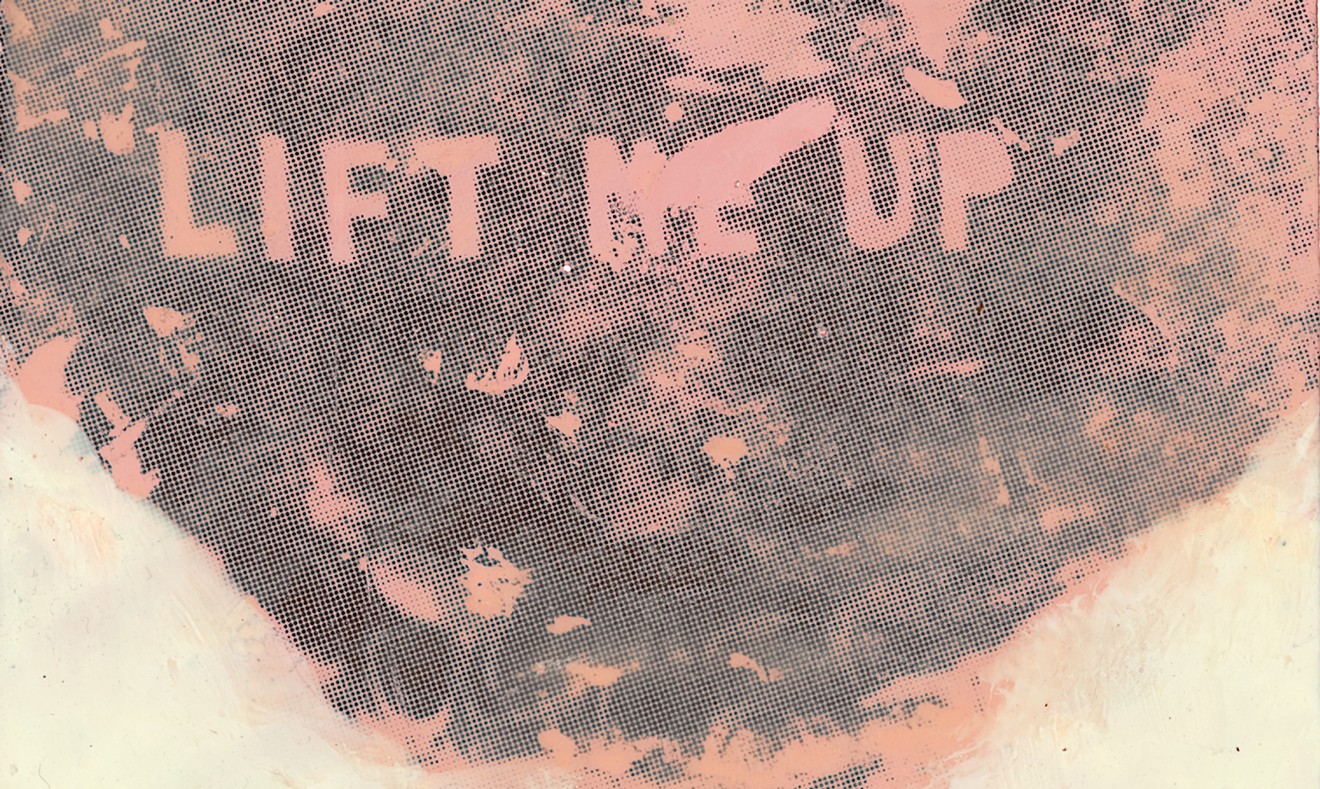 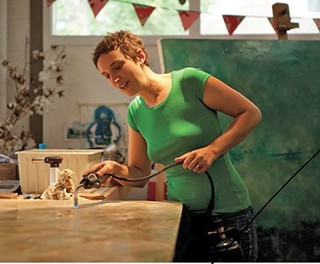 provided by the artist
Christine Sajecki

It was while looking for a space in which to hang the upcoming show “You/Lift Me Up” that Leslie Lovell happened upon the beautiful and historic gallery space inside the CorkHouse sustainable lifestyle store on Bay Street.

Savannahians will remember Lovell’s and husband Francis’ original Roots Up Gallery venue above The Book Lady Bookstore on Liberty Street.

Following Francis’ premature death, the gallery moved to a fun and funky venue in the Downtown Design District, but when the pandemic hit, Lovell and helpmate Russell Kueker made the hard decision to close the doors and sell online.

Lovell is thrilled to have a bricks-and-mortar space again and to welcome Baltimore’s Christine Sajecki and Seattle’s Michael Henderson for the gallery’s inaugural show opening on November 18.

Sajecki studied painting and poetry at SCAD and now practices in Baltimore, working mostly in encaustic, a malleable molten beeswax she mixes with pigment. Although not an Outsider or self-taught artist, Roots Up Gallery has long represented her because, Lovell explains, “her soulfulness ties to my mission.” When Sajecki contacted her regarding “You/Lift Me Up,” she knew she had to share her and Michael’s “fairy tale love story of quarantine closeness, pandemic separation and a fifty-ton boulder owned by Jackson Pollock.”

The boulder to which Lovell refers is part of a collection bulldozed together by abstract expressionist Pollock to experiment with sculpture in Springs, New York. One would become his headstone, but finding it was not massive enough to contain her love, his wife, painter Lee Krasner, subsequently replaced the original with a fifty-ton boulder. She would sit on the smaller stone while visiting his grave and it later became her own headstone.

Intrigued, particularly by the ‘fairy tale love story’ part (!), I contact Sajecki to find out more…

How is your life as an artist in Baltimore?

Baltimore is a good place to make art. The funky, diverse, relaxed atmosphere- it’s like a city you would find in a thrift store, the kind they don’t make anymore, and you found it super cheap. Quirky, but it works. Leadership in Baltimore and in Maryland have made it a point to support the arts and individual artists, and it really makes a difference in the lives of people and the economy at large. I paint in my detached garage in an old mill neighborhood near the Jones Falls River, called Woodberry.

It’s hard to say though these days, where I am, what with Covid and being a single mom, there’s a lot of drawing on the walls, ha. We could be on the moon. I do miss Savannah, its fertile ground, the wonderful art community, hence my always returning.

How did you find the stones in Springs, New York?

In 2019, a dear friend of mine had a gig for the summer as the Director of the Endangered Species Program for East Hampton, Long Island, NY, the county where Springs is located. His job involved a lot of walking the beach and looking for Piping Plovers and protecting their clutches of eggs when he found them. I would go up several days at a time to visit and draw and help look for plovers.

I didn’t know about the area’s art history/abstract expressionist connections when I first went there. On the first visit, he took me to the cemetery and pointed out the gravestones of Pollock and Krasner. The site moved me so much, I would bike back over alone most days and draw and write and agonize and ponder.

Tell me how your collaboration and love story with Michael Henderson came about.

We first made contact through Instagram! A good friend of mine first sent me a post of his that was a children’s book he made about lemons. (She knows I’m wild about children’s books.) I loved on it; I followed Mike; he followed me. Then he sent me a message with a link to a David Byrne song after I posted a sort of cheerful apocalypse painting. I’d been inspired by a different David Byrne/Talking Heads song to make the painting, so we immediately assumed that David Byrne had accidentally voodooed us to meet, and that we should start making things together.

I had been working on a children’s book character called “The Garbage Nun,” and he had developed a character over the last several years called The Interim Playground Czar For Life. When the pandemic lockdown began, we started making a puppet movie together over video chat involving those two characters. Since she’s a nun on earth, and Playground is stuck on the moon doing research, they were falling in love but knew they would never ever meet or touch…It was an extremely helpful project for lockdown, showing us ways to live in the present and not just writhe in longing. Art is the way to speak to your senses and reach your own body. Art and laughing. And love.

Mike and I eventually met in person in May of 2021, he flew in the day his second shot became fully effective. He spent three weeks with me in the studio and this explosion of paintings happened (along with another, an encaustic children’s book, and some other oddballs we hope you encounter, still in progress).

We did a dozen or so of the “You/Lift Me Up” paintings together when he was here in Baltimore. It was very fluid- one of us would start a piece and put it aside, the other would pick it up and make a few moves, put it down, the other would pick it up, and so forth. After he went back to Seattle, I continued with encaustic and he continued on paper- printing out images of the stone and cutting in the words, scanning them and sending them back to me and then I would transfer them onto the paintings. Some of the word pairs we thought of together, some he surprised me with.

I realized more in retrospect how connected “You/Lift Me Up” is with the puppet soap opera; Lee Krasner on the other side of longing, the impossible intimacy I felt while sitting in that deeply charged space between her and Pollock’s graves.

What response are you hoping the work will evoke in viewers?

Oh boy. I mean, of course I’d love to see people just devolve into fits of ecstasy and joyful gurgling, realizing that everything is all the things and it’s alright to love, to let everything be and still be whole. But I couldn’t say!

My favorite responses that people have shared with me about my work are total surprises, sometimes heartbreaking, always welcome. That’s what I want most, for people to take them into their own bodies and have their own experience. I think we’ve put out more questions than answers, the answers will be yours.

“You/Lift Me Up,” a series of thirty pieces collaboratively created by Christine Sajecki and her newfound love Michael Henderson, will be on view at the Gallery and online from November 18 through December 3. The opening reception is from 5:30 to 7:30 p.m. on Thursday, November 18. Come feel the love.