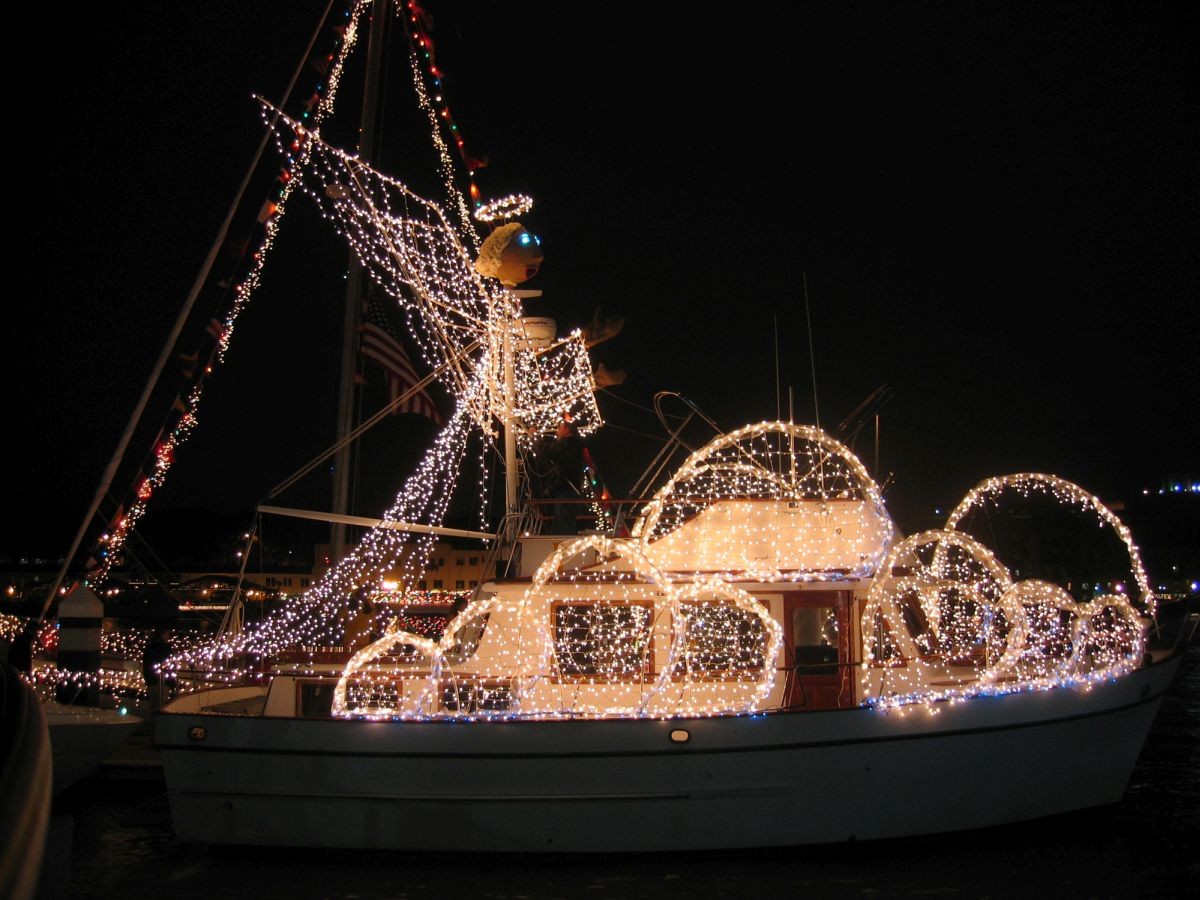 All information regarding the parade, including charity information, registration in order to be a "Captain" of your boat in the parade, Georgia Queen Riverboat tickets, and VIP seating at Electric Moon Rooftop Lounge, can be found at savannahharborfoundation.org

THE SHOW WILL go on, as the Savannah Harbor Foundation, in collaboration with JW Marriott Plant Riverside District and Savannah Riverboat Cruises, will continue its yearly tradition of spreading holiday cheer with the Boat Parade of Lights on Saturday, Nov. 28.

The parade will feature more than 40 boats – adorned from stern to bow in elaborate Christmas decorations – which will float down the Savannah River beginning at 7 p.m. The parade will culminate with a fireworks display.

Attendees can view the spectacle from the Plant Riverside District, where a tree lighting ceremony will take place the Friday evening prior to the parade on Nov. 27. On parade day, guests may take in the sights and sounds of Christmas choir music and enjoy a special appearance from Saint Nick. Open seating during the parade will be available at Martin Luther King, Jr. Park, where judges will gather to determine which boat’s decorative display shined the brightest.

With the event taking place entirely outdoors along the riverfront, event organizer David Moses believes that attendees will be able to socially distance and still enjoy event festivities.

“We know that there is about 3,500 to 4,000 linear-feet of River Street viewing of the parade,” Moses said. “It is the perfect opportunity to get outside, join those you know and love for a holiday experience unlike any other in Savannah.”

This will be the 19th annual Boat Parade of Lights. It was founded in 2001 and created by those at the Savannah Harbor Foundation who wanted to spread holiday cheer in the midst of the country coping with the attacks of September 11, 2001. Since its inception, the parade has evolved, and is now a large part of the Savannah holiday season and community.

“Since 2001, the parade has grown in scope and impact,” Moses said. “Over the years, we have raised money for organizations like Greenbriar Children’s Center. This year we are doing the same thing, plus adding some more charities to the list.”

To enter a boat in the parade, there are multiple ways to do so, whether it is a boat of your own or aboard the Georgia Queen Riverboat. Those who want to man their own vessel can register on the website as a “Captain” and will have an opportunity to compete for awards in five categories: Best Motorboat, Best Small Craft Under 26 Feet, Best Spirit Award, The Chic Meyer Sailboat Award and Best Overall Vessel.

“We’ve got boat captains that spend countless hours decorating their boats,” Moses said. “We provide boat captains a limited amount of free hotel rooms, t-shirts, and an award reception with prizes if they win. We couldn’t do it without the boat captains. They help us turn the Saturday after Thanksgiving into a holiday extravaganza known the world over. Can’t thank them enough.”

Aboard the lavishly decorated Georgia Queen Riverboat, guests will enjoy holiday hors d’oeuvres, entertainment and spectacular views of the riverfront. Also, $5 from every ticket sold to guests aboard the ship will support Greenbriar Children’s Center.

On land, VIP seating is available at the Electric Moon Skytop Lounge and Moon Deck, where patrons can view all of the Christmas amusement and fireworks show above the Plant Riverside District at the JW Marriott.

The Plant Riverside District will donate $1 per beverage sold over the weekend to the Treutlen House at New Ebenezer, a community-based group home for young boys who have been displaced from their families.

“At Savannah Harbor Foundation, we try to create other experiences that other charities can latch on to,” Moses said. “We think that of the things that we can do together, in the same space, this is ideal. We’ve got plenty of space to work with along both sides of the river and we encourage folks to come out, and bring a blanket if you want to, or a lawn chair, measuring tape, etc.”