Civvies steps up to help the Bahamas

Broughton Street institution gives to those in need

Civvies has built a reputation for being maybe the coolest clothing store in town, and more recently has become the most inclusive space in Savannah.

Store manager Rainé Rainé has made inclusivity a priority since he began working at the store, and he’s coupled that with an emphasis on doing all-ages shows in the store space as often as possible.

Following the events of Hurricane Dorian, which ravaged the Bahamas and caused an untold amount of damage, Rainé felt as though he needed to do something to help. He’s now organized a benefit show set for Sat., Sep. 28, which features a diverse lineup including Astronauts in Deep Space and smalltalk. 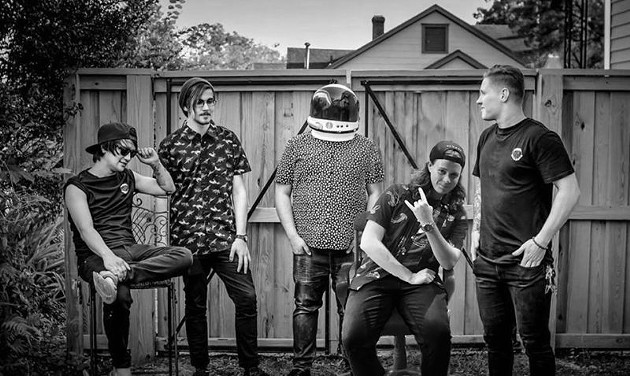 “Right after it happened, someone from Astronauts in Deep Space hit me up and said, ‘Hey, do you think we could throw a benefit show?’ I thought it was a great idea,” he tells Connect.

“He started reaching out to some other folks that he knew, and people who’d been looking to do shows—some of whom are underage kids in bands who don’t have a lot of opportunities to play shows.”

“It’s a pretty good mix,” Rainé says. “All of which are locals, and are all seemingly very excited to play.”

Civvies has been prioritizing all-ages shows since they started doing them regularly in May of this year.

“Having the space to do all-ages shows is super important,” he says. “Especially in a place where it’s legal for us to have events.” They’ve been doing a monthly event, and are planning a Halloween show for the end of October. The Bahamas benefit show, like all of the store’s events, will be wheelchair accessible.

“It’s pay-what-you-can, so nobody is turned away for lack of funds,” Rainé says of the benefit show.

“100 percent of the money will go towards the HeadKnowles Foundation, which is the organization that started as a grassroots organization through Facebook. They started doing stuff after Hurricane Joaquin, and are now one of the largest organizations that are based out of the Bahamas and more directly serve Bahamians.”

Rainé says he became aware of HeadKnowles through social media.

“As a grassroots organizer myself, I prefer to prioritize that kind of work. So, I found their organization through a Twitter feed that had been reposted on Instagram with different places to donate instead of the Red Cross.”

The HeadKnowles benefit is set to start at 8 P.M., with doors at 7:30, and a $10 donation is suggested if possible for attendees. All of the artists are donating their time and talents to the relief efforts. For more information on the HeadKnowles Foundation, visit headknowlesfoundation.org.