Club Car Championship to tee off 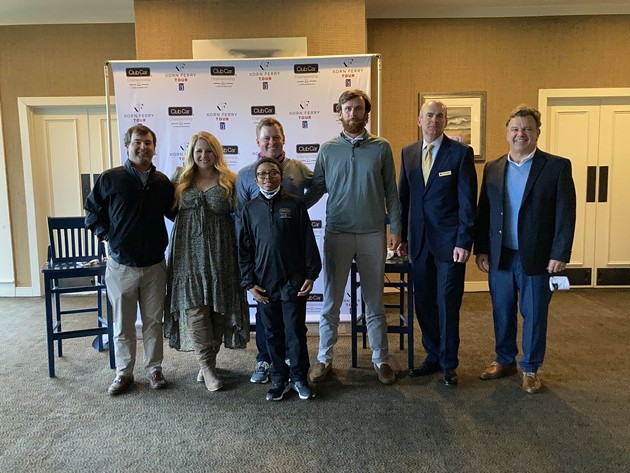 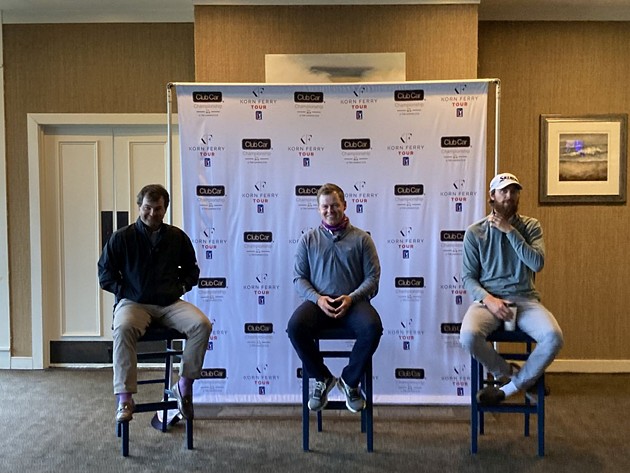 Photo by Noelle Wiehe
Korn Ferry Tour members Greyson Sigg, Shad Tuten and Evan Harmeling speak to attendees at a media day March 2 at the Deer Creek Course at The Landings.
“We are coming out of 2020 in probably the best position the tournament has ever been in,” said Cheyenne Overby, The Landings Club Tournament director. “We’re glad that we’re in 2021 and can all start moving onward.” The tournament is open to general admission this year. There is also mandatory mask mandate at the tournament, which Overby said is true for anyone on the property, including volunteers, fans and staff. “We want to see you, and we also want to keep you safe,” Overby said. “Health and safety remain our number one priority.” Korn Ferry Tour members Greyson Sigg, Shad Tuten and Evan Harmeling talked to attendees about their longest drive, their prior golfing experience and love for the game. “We are very excited to have fans out here; we’re looking forward to seeing our community,” Overby said. “We are thrilled to welcome everyone back inside the gates.” She acknowledged Club Car, the title sponsor, as being the main driver of that position. “This is a great time to be involved in the game of golf, and we are proud to be the title sponsorship and proud to support The Landings Club community and their residents. There will be a military appreciation day on Saturday, said David Hoffmaster, representative of the championship’s most recent sponsor: Hero Hut. Hero Hut is a brand new nonprofit which works to provide resources to veterans as they transition back into civilian life. They will have a hospitality tent set up on the 17th green throughout the entire tour so members of the military, past and present, and their families can stop by for free drinks and food provided by Chick-fil-A. For tickets or information on the Club Car Championship, visit pgatour.com. For more on Hero Hut, visit herohut.com. The Tour will begin March 25 and adult tickets at $10, while all children under 18 are free.