LYNN Nottage's Intimate Apparel is a lot of things. It's a play about being an African-American woman in New York City in 1905. It's a statement piece about intimacy, in all its forms. It's got nuance and layer after layer of depth. And it's all told within the world of a seamstress.

The play has garnered critical acclaim since it was originally published and first run in 2003. Many have done it, and it even starred Viola Davis in an off-Broadway production. It’s never reached Broadway, though. Perhaps that’s a blessing, because it feels like a coveted, brilliant secret of the theater world in that regard.

Therefore, it’s all the more exciting that Collective Face Theater Ensemble is bringing it to the Kennedy Fine Arts Building stage at Savannah State University, starting on March 6. 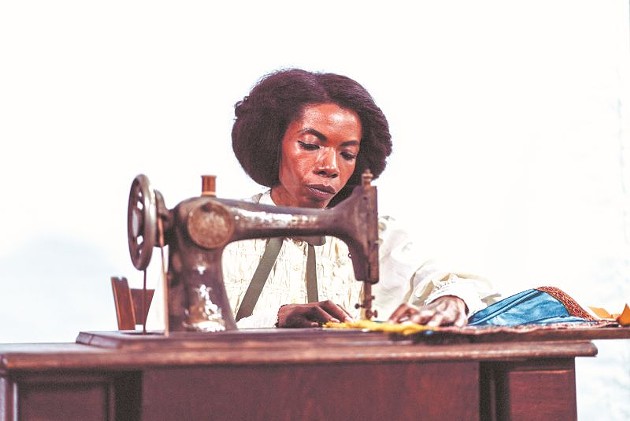 When he decided to pick it for his ensemble’s current season, Poole says he did a lot of research and really tried to envision how he could put it to his stage.

“Lynn Nottage speaks to the unsung hero, and that’s what this play is about. It fits perfectly with our ‘impostering identities’ theme of the season,” he says. “It’s a lovely play. It’s so wonderfully crafted, and that’s why it got a lot of buzz.”

The story revolves around Esther, an African-American seamstress living in a boarding house for women in New York City.

“Esther has migrated there from the South. It really shows the melting pot that existed during that time. It’s interesting—even though this is set in New York, none of the characters are from New York. So it’s a play about immigration, in a way,” Poole says.

Intimate Apparel centers around Esther’s job as a seamstress who sews intimate clothing for “high-class, lowbrow women,” as Poole explains. While in the boarding house, she witnesses women marrying and leaving one by one, while she remains due to the fact that she wants to find the right man. She has feelings for a Hasidic man, who sells her fabric from his shop, and he has feelings for her. They’re mutually aware, however, that they can never be together—prompting her to choose to pursue a man she met through a mutual acquaintance. 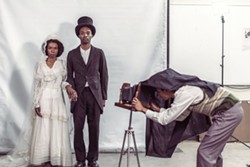 The man, named George, works on the Panama Canal. The two begin to correspond through letters, though Esther is illiterate—meaning she enlists the help of her customers to read and respond to the letters on her behalf.

Things between Esther and George intensify to a point and then boil over in somewhat of a tragic way, but we won’t spoil the whole thing audiences. It’s a show that examines racism, cultural barriers, geographical barriers, and much more, but it’s all filtered through one theme.

“All of these characters are corseted, in a way. So there was that sort of analogy throughout this play as well,” Poole says. “Every one of these scenes takes place in a boudoir, so Lynn Nottage was also playing with this idea of what it means to be intimate. What is intimacy?”

The nuance and layers that exist in Intimate Apparel are all told through this lens of intimacy, and it comes together in a way that is told powerfully and impactfully.

“It’s just a lovely play, and I think that the more people that see it, the better,” Poole says.

Tips for finding your style