Local LGBTQ groups guide you through that difficult first semester 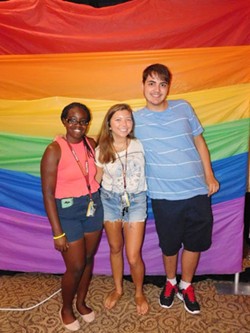 Photo courtesy of Armstrong GSA
Find your folks at your campus gay/straight alliance and let the fun begin—but don’t forget to study!

THERE'S NEVER been a finer time to be gay, bisexual, trans and/or question gender and sexuality, and Savannah is a fabulous place to do it.

Still, not everyone is as courageous as Caitlyn or as confident as the Prancing Elites. A new school and a new town can be intimidating, so we asked representatives from our local LGBTQ groups to help guide you through the first semester.

It’s OK to step out your own pace. Some of y’all swaggered right in here, solid with your bad selves. Others are still developing their particular personhoods, which is cool, too.

“College can be hard for any new freshman, but it can be especially difficult for LGBT kids,” counsels Krista Harberson, faculty advisor for SCAD’s gay/straight alliance, Queers & Allies.

“Some come from small towns that are a lot less tolerant than Savannah and haven’t come out yet, or they discover they’re gay or trans once they get here.”

Harberson, a Foundations professor, has played Mama Bear for Q&A for the past nine years and is heartened to see the growing number of members who take their time when choosing labels.

“We seeing a lot more students who identify as asexual, and gender fluidity is much more prevalent. It’s really great to see people stretch and grow into themselves. That’s what college is for.”

Just remember college is also for schoolwork: Don’t get so distracted by self-discovery you fail your mid-terms!

Find your people. When it comes to on on-campus camaraderie, your gay/straight alliance (GSA) is there for you, bae.

Made up of people who dance all over the Kinsey scale (look it up; it’ll be on your next Psych test), these student-run organizations provide emotional support, political action and kickass social events for everyone with an open heart.

“At the end of the day, this is about social justice and equality.” 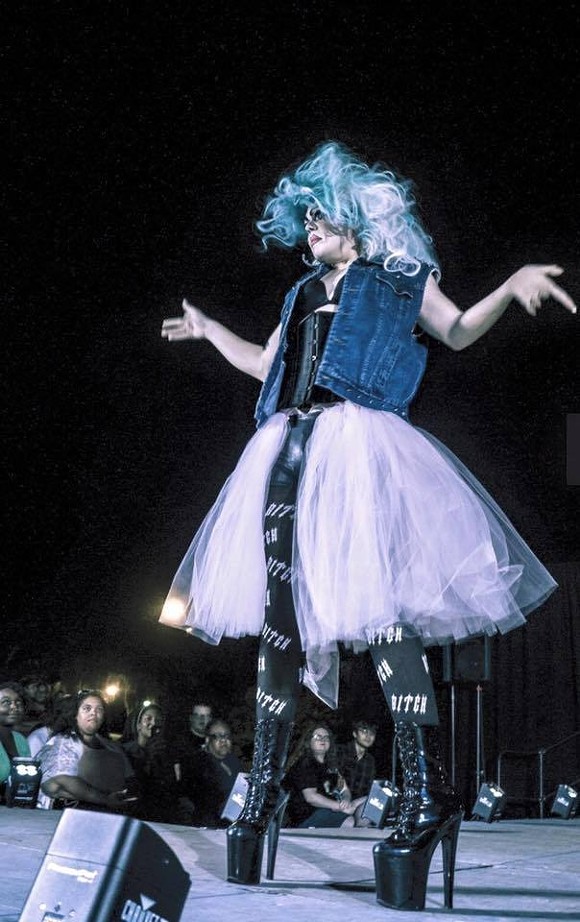 Armstrong GSA has also helped advocate for more awareness from campus administration in the past year. Gender neutral bathrooms, options for preferred names on student ID cards and a checkbox for “gender identity” on a campus survey all indicate a trend to a more accepting climate for all.

“One of our students was so happy just to use her preferred restroom without being harassed like she was in high school,” says Bressler, shaking her head. “I was like, ‘Girl, we got you.’”

Assume nothing. The culture’s accelerated openness has led to an abundance of labels. But just because you may have settled on yours, don’t presume you’ve someone else’s all dialed in.

While the LGBT community has reclaimed “queer” as the accepted umbrella term for anyone who’s not a 0 (see Kinsey scale!), permutations and pronouns abound.

Non-binary peeps, pansexuals and gender outlaws also share the umbrella, and some may prefer to be referred to as he/she/they/ze.

“If you don’t know someone’s pronouns, ask. Even if you think you know by their appearance,” advises Rainé Rainé of the queer, all-ages safe(r) space Quolab.

“If you mess up, correct yourself and keep going. But don’t stop trying.”

Even as the fight for equality continues, it’s important to remember that the diversity of the LGBTQ community doesn’t always translate to sensitivity about each and every expression of identity.

On the flip side, don’t freak out if people make mistakes about yours.

“It is everyone’s best interest to be patient,” explains Rainé. “We’re all just trying to educate ourselves.”

Get involved. Once you’ve gotten comfortable on campus and in your own skin, you may have time for extracurricular activities—of the social action kind.

Opportunities to help the cause of equality are all over: Start with the First City Network, influential political force and Georgia’s oldest LGBT organization. (General Oglethorpe was a member. Just kidding!)

FCN has provided education and created awareness of LGBTQ issues locally and statewide since 1985, and the group is currently raising funds for a LGBTQ community center—a much-needed resource that’s long overdue.

“We need a focal point for the LGBT community that would offer programming, opportunities, options for safe harbor for anywhere from the youth to senior citizens,” FCN director Billy Wooten told Connect this summer.

You can also help other kids find their way with Stand Out Youth, which holds discussion groups every Friday night, or just support the reams of LGBTQ-friendly business on the directory at GaySavannah.com.

The Savannah Pride Festival brings together queer folk of all stripes and their allies to the big green lawn with colorful info booths, captivating entertainment, delicious food, engaging kids’ activities and an overall sense of harmonious joy. Newbies can soak up the love and get acquainted with a roll call of local musicians, including the velvet-voiced Trae Gurley, rock ‘n’ roll grommets the Steppin’ Stones and Tybee songbird Chrissy Allen.

“This isn’t just gay pride, it’s Savannah pride. This is day where everyone can come to a safe place, be who they are, relax and have fun,” says Mark Hill, executive director of Savannah Pride for the past three years. (His preferred term is “Grand Poobah.”)

Hill reminisces on his own college years at the liberal bubble of West Virginia University, when disco reigned and HIV/AIDS had not yet begun its tragic course.

“This was 1973, only four years Stonewall, but I was out,” he recalls. “It was an amazing time to be a gay college student.”

It was also the time of Anita Bryant and her discriminatory vitriol, as well as the outspoken bravery of Harvey Milk, and Hill and his friends fought to bring gay rights to the political stage. He admonishes that the younger generation must not take the freedoms for granted.

“We ain’t there yet. This is the year political retribution might occur. We might be able to get married, but the right to serve laws might come into play,” he says, referring to certain businesses’ refusal to serve gay customers under the guise of “religious freedom.”

“You could still get fired for your sexual orientation in 28 states.”

He also cautions you young’uns leaving home for the first time not to go hog wild.

“Be open to the new experiences, but use your common sense,” exhorts Pride’s grand poobah.

“Just be yourself and grow.”