Savannah bands, musicians and artists you should pay attention to this year 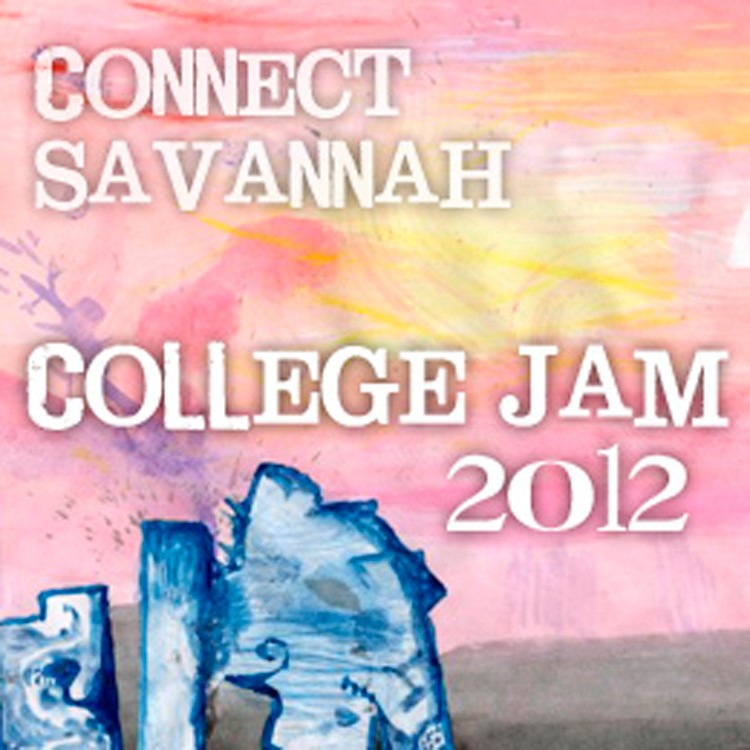 Jon Lee and the Canebrakes

People keep asking "What is the Savannah sound?" That's like asking a zebra why half his stripes are black, and the other half are white. There is no good answer.

Savannah's music scene, which is the currently the healthiest and most productive it's been in years, has no definitive sound. College towns are melting pots, and in this one, everybody stirs. The fertile scent of magnolia-bloom collaboration is intoxicating.

There's always something cool in the air around here.

Of course, we're visited by what seems like every touring indie band in the southeastern United States - hey, what's not to like about gigging in Savannah? - but the homegrown stuff is as potent and fulfilling as anything from Atlanta, Raleigh, Asheville or Nashville.

Here's a quick reading guide to musical entities you'll be seeing around a lot - check ‘em out. You'll be glad you did.

Gizmo king P.M. Goerner, after spending the better part of two years kicking up psychedelic electronica pixie dust under the name Magic Places, has just embarked on a new musical journey - so recently, in fact, that we're unable to describe it. So here's Boss Blackrune himself: "I knew it was time to sort of arrive at something new and not have to worry about the burden of old material. It's probably just vain, but the whole cleansing the past ritual became important, gave me a better chance to focus. Blackrune is atmospheric and often electronic in nature, but is focused on the guitar as a unifying and central element. Blackrune can be described as a nexus of eerie guitar music and dark shoegaze soundtracks, weaving together the moods of occult mystery, ancient history, science fiction, and modern fantasy to create a uniquely ethereal heavy sound. It evokes a unique mystical imagery and playful, sinister mood with which many genres and styles might be explored, but which most often result in visages of ambient, noise, shoegaze, space rock, and psychedelia." Track: "Ruins."

Next performance: Monday, Sept. 17 at the Sparetime. With Soft Spot.

A Nickel Bag of Funk

Vocalist Leslie Adele's soulful and silky powerhouse has been voted Savannah's Best R&B/Funk Band for four consecutive years in the Connect reader's poll. "When I was coming up I was embarrassed about my voice," she told us. "I don't have a typical female voice - it's not light or wispy, it's strong, deep and very powerful. I always thought it made me strange that I had this booming singing voice. I'm a true tenor. And in some spots I can very cleanly sing baritone. As I got older, I started listening to Chaka Khan, Mahalia Jackson, Etta James, Gladys Knight, Toni Braxton - all these women that had strong, booming voices. They weren't wispy like Whitney Houston or Mariah Carey." Track: "Shake a Leg."

Equal parts punk, rock fusion and crafty pop, Cusses combines three strong musical personalities - guitarist Bryan Harder, drummer Brian Lackey and singer/frontwoman/volleyball-game cheerleader Angel Bond - to give Savannah one of its most unique and fascinating units. The band's eponymous debut album, which has been out for a couple of months, gets a national distributor in October. Deservedly so. Track: "Worst Enemy."

Next performance: Friday, Sept. 15 at the Jinx. With Triathalon

Betcha don't know too many bands with a theremin as one of the lead instruments. The eight-member Word of Mouth deftly blends electronica, jazz, folk, rock ‘n' roll and hip hop, and the theremin (a sort of woozy, electronic tone machine that WOM member Melissa Hagerty plays by waving her hands in the air) sends the music into the outer limits. It's a proud collective of artists who also work in various side projects (ie Electric Grandma) but come together often in joyous, anything-can-happen (and usually does) musical unity. Track: "Raise Your Voices."

You'll be seeing this guy around, believe us. Basik (aka Steven Baumgardner) is the current "Best DJ" winner in the Connect readers roll - he steadfastly refuses to "play to styles," choosing instead to pick his tunes from his own idiosyncratic taste files. He hosts Tuesdays' hip hop nights at the Jinx, gives breakdancing lessons, is a founding member of the poetically super-conscious rap collective Dope Sandwich, and (as if that weren't enough) he is an acoustic guitar-playing singer and songwriter. "I really like them all for the same reasons," Basik says. "They're all pretty much getting out the feeling I feel inside. It's just me being able to express that in one way or another." Even the breakdancing? "Dance is just a language, a language in movement," he says. "If I want to speak the language clearly, I have to practice it." Track: "Touched."

Next performance: Tuesday, Sept. 18 at the Jinx

With noted singer/songwriter Matt Eckstine out front, the Accomplices play acoustic-based folk rock, tinged with country and even bluegrass. Heavy on the harmonies. Upright bass, Dobro, mandolin, fiddle, drums and percussion round out the sound, entirely unique for this neck of the piney woods. The Canned Beans album is an eclectic grab-bag of Dylanesque talking blues, Eagles-like rockers and odes to early Neil Young. Plus there's a Fleet Foxes-style homage to mountain-range psychedelia - it's called "The Hagg" - that's so compelling it's almost scary. Track: "Travelin' Man."

Next performance: Saturday, Sept. 15 at Huc-a-Poos

With new drummer Donald Moats (of Habitat Noise) on board, this is one boat that refuses to leak, and keeps navigating more pristine waters as the months go by. Singer/songwriter Brent Collins and bassist Jeremiah Stuard, the band's founders, have created a hypnotizing amalgam of dreamy shoegaze rock and power-punk rhythms. "I didn't want it to be with the vocals totally in the background," Collins explains, "because shoegaze music is not about the vocals. It's more about the atmosphere. The vocals are in the center, a little bit back in the mix. It's more about the sound." Track: "Lost at Sea."

The world knows what Andrew, Athon and James lay down as "swamp metal." Indeed, Black Tusk is an internationally-known band, signed to Relapse Records, but the guys make their homes here in Savannah. Black Tusk is hard, dark and uncompromising. But that "swamp metal" tag? Doesn't really mean anything. "It's easier for someone to put a tag on it, put you on the shelf," guitarist Andrew Fidler told us in 2011. "We're not really that. That's not really what we're trying to do. We're trying to make something that's broad, across the spectrum - maybe it's metal, maybe it's punk rock, maybe it's rock ‘n' roll. It's all that just mashed into our sound." Set the Dial, Black Tusk's fifth full-length album, did so well that the band has been on the road, virtually without stop, since it came out last October. The Tuskers have a split 7-inch out soon (with Dead Yet?) and will return to their beloved Jinx next week to share the bill. When they're home, all three of these hardworking musicians hit the clubs frequently to jam with their Savannah buds. Track: "Iron Giants."

Next performance: Saturday, Sept. 22 at the Jinx. With Dead Yet?

All you need to know is that Jonathan Murphy is a monster guitarist. The ‘Brakes is just one of his bands, but they're all saturated with his riffy fat electric blues/rock playing, as much Robin Trower and Johnny Winter, and twice as fresh. "We're blues rock, but nowadays are leaning to the rock end of things (Govt. Mule, Soundgarden)" he says. "Burning Mansions are becoming more and more a psych/grunge power trio. It's kind of hard to describe, because most of our material is still song based but we try to incorporate prog rock and grunge. Bands like Mars Volta, King Crimson, and Yes are all influences, but so are Petty and James Brown. The Timewalkers is tight-knit ‘50s through ‘70s pop, rock and soul, sort of like Motown meets the Beatles and John Fogerty. Jon Lee's Apparitions are a mixture of the material covered in the Brakes sets and Mansions (done acoustically, for now)." Track: "The Short Out."

Lloyd Harold raps faster than most people can think. When he's out in front of the dynamic funk/jazz machine Brandywine - Dan Butler, Charles Hodge, Lane Gardner and Derrick Larry - it's a recipe for high-powered hip hop hysteria. These guys are just too good. Check out the EP The Capitol Records Sessions. Track: "Ask Them."

For 20 years, Culberson has been the guitarist to beat in Savannah. His blues-infused riffage, with hints of Hendrix and more than a whiff of Paul Kossoff and Stevie Ray, never ceases to amaze. Most recently, he explored rockier sounds, with veins of R&B and punk running throughout, with a locally-recorded album called In the Outside. Track: "NTD."

This is a video of Christ, Lord from the 2012 Savannah Stopover.