College Issue: The play's the thing

“Without leaps of imagination, or dreaming, we lose the excitement of possibilities. Dreaming, after all, is a form of planning.”

A PINT-SIZED model kitchen complete with pans and utensils, stacks of books and a painting easel with rows paints sat set-up, but unused in a classroom at the Savannah Technical College.

Right next door, a safari hat stuck out of a box of costumes that was situated in front of rows of more boxes waiting to be unpacked. And both classrooms had views of the well-stocked playground right outside the door that was waiting, along with the classrooms, for Sept. 4 when they would be filled with students.

To say that the college is hoping to tap into some sort of imagination would be an understatement. The learning college, which has had an early childhood education “lab” for more than 20 years, has been preparing for this upcoming school year during which it will embrace a handsome grant endowed upon the school and shower that reward on the incoming pre-kindergarten children.

The Anderson Family Foundation enabled the Early Childhood Learning (ECL) center to expand on its regular curriculum and plans to incorporate more in-depth Dramatic Play and Literacy components to this year’s lesson plans.

“As teachers, (we) know what skills children need to develop,” said Cinda Young, Department Head for the Early Childhood Care and Education Program at Savannah Technical College’s Savannah Campus. “So we got to the children and see what the children are interested in. Because the children told me what they are interested in, we can pick out social skills, math, science, problem solving; all kinds of things under the umbrella of themes.

“You’ve got them if you pick a topic they are interested in.”

The idea of the new program implemented at the ECL is to increase the possibility of future success in the classroom by using a hands-on approach with the pre-k children. Although that is similar to how the ECL has taught children in the past, the grant has given the center more space and more equipment with which to teach.

This means, for example, that if the students build and decorate a castle, they will have more room to do so, That is just one of the ways the learning center uses real-life ways to build a child’s interest in learning.

According to an example by Young, the center would take a child’s curiosity in princes, princesses and castles, and perhaps build a castle, then have the students illustrate their own stories about it.

The importance of that, said Young, is that the children will see themselves as readers and writers before they even possess either of those skills. And in addition to the illustrating and penning of stories, the children will also hold plays to act them out — which explains the pirate hat and box of costumes.

It’s playing dress-up with an added bonus of preparing for a successful career as a student.

“When you read literature about how young children learn, (you learn that) the more engaged they are physically, the more likely they are to retain information,” Young said. “As they get older, (they are) better at sitting at a lecture and listening.”

And the lesson plans won’t just be confined to the pair of classrooms. The outside play area is going to hold real-life components as well. With an environment fueled by fairly predictable weather, the ELC has plans to put art stations, a pretend house and a gas station in the playground outdoors where the students can continue to play and learn at the same time.

“The more stimulation (people get) at an early age, the more connections (in the brain) stay activated,” Young said. “It’s critical to stimulate the brain to give (students) the opportunity to explore their environment, solve their problems, predict what will happen next and evaluate. You can do that with young children.”

Young is backed up in her belief that it is important to stimulate creativeness in a student at a young age. According to Pre-K Now, a public education and advocacy organization based out of Washington, DC, children who enrolled in Pre-K were more likely to graduate from high school and do well on standardized tests.

The benefits also spilled into outside situations, said the Pre-K Now fact sheet. Students who did not attend Pre-K were more likely to commit crimes and get pregnant in their teenaged years.

“The children are amazing,” Young said. “It gives them an opportunity to explore different ways to learn, and the children respond very well to it.”

Strange you can believe in 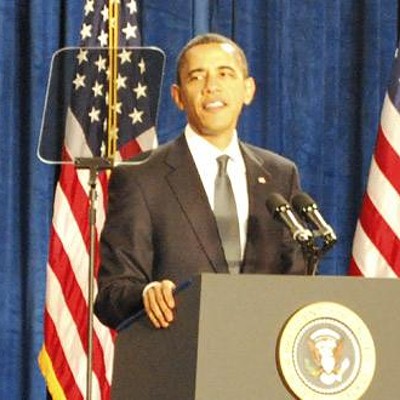