Tune into the College Issue Playlist at connectsavannah.com for embedded tracks and links to the bands.

FROM Congress Street clubs to DIY house venues, Savannah's music scene is a rich and rapidly growing bed of creativity. Whether you like a good pair of headphones and an ambient drone cassette or a crowd-rallying, floorboard-stomping dose of Celtic punk, the 912 has something for everyone. Dig into our 2016 College Guide Playlist and discover your new favorite homegrown tune. These 23 tracks offer a mere glance into the vast catalog of Savannah music—keep up with Connect Savannah to discover local albums, touring acts, and one-of-a-kind shows throughout the year! 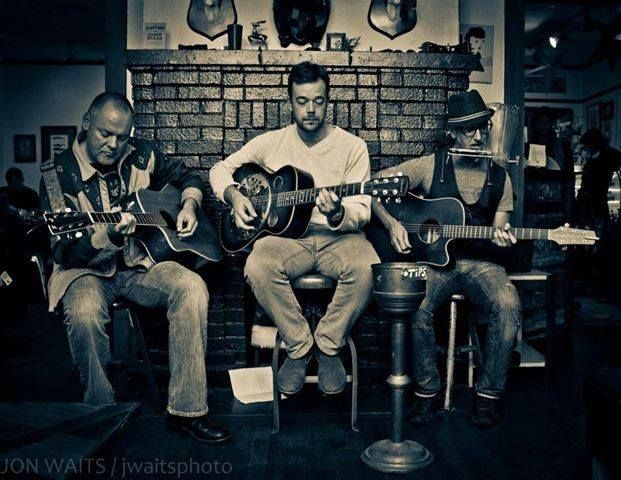 Clouds & Satellites are kind of the Drive-By Truckers of Savannah. With honky-tonk flair, sharp lyricism, harmonies, and rock 'n' roll swagger, the band is three songwriters strong with each member bringing something different to the table.

Savannah's punk princes Cray Bags throw a raucously unpredictable show of killer grimy, slimy, pedal-to-the-metal fuzzed-out punk rock. Wondering what frontman Josh Sterno's going to swing from, climb on, hide under, or lasso his mic cable with is all a part of the fun. The four-piece is releasing its second album, Beauty Love, on King Pizza Records, and you can pre-order the cassette now for five smackers via the King Pizza Records site. In the meantime, give the fuzzy DIY affair a stream on Bandcamp.

Savannah's metal scene is world-renowned. Though Savannah's 2016 rock scene skews more toward punk these days, our swamps produced the likes of Baroness, Kylesa, and reigning hometown heroes Black Tusk. The power trio has been at it for a decade, wielding a hotly-fused sound that shows off its members' punk roots and adds a touch of sludge and stoner metal. Catch them live when you can.

OK, so psych-tinged garage rockers Wet Socks have newer material than "Library Card," a single off Drips ("Best Local Album of 2014" according to Connect Savannah readers), but there's really no better tune to start off the school year than their naughty ode to the stacks. If you want something recent, check out four songs from the "Trash Talk" EP, a compilation released by Dumpster Tapes Records.

If you dig goofy, brash folk-punk with singalong choruses and snotty delivery, dig into The Gumps. With humor and dry wisdom, frontman Matt Hewitt is an intrepid leader of the Gump pack. "Anger Issues" comes from the band's self-titled first album.

Acoustic singer-songwriter Isaac Smith shows his soulful side on his latest cut.

Between Symmetries – "The Furnace" (from Silhouettes, coming September 30)

Get a taste of Savannah's music scene from alt-rockers Between Symmetries. Each track on the four-piece's forthcoming album is named after a venue in Savannah, from the hallowed halls of rock club The Jinx to DIY spots like now-defunct Habtower.

The Casket Girls – "Tears of a Clown" (from The Night Machines, Graveface Records, 2016)

Triathalon arrived on the scene with Relationchips, a punchy pop album with surf rock flavor. Over the years, the band has grown and shifted into a soulful, R&B-influenced surf-pop sensation.

Savannah's gypsy-jazz quintet Velvet Caravan is making waves throughout the world. With playfulness and gusto, these fellows deliver an unforgettable concert that would make Django proud.

If you haven't heard by now, Savannah's favorite holiday is undoubtedly St. Paddy's Day. Celtic folk punks In For A Penny pay tribute to the community and whiskey of March Madness in the title song from their latest EP.

Temazcal – "Hauntology" (from The Future Will Belong to Ghosts, Furious Hooves, 2016)

Matt McCullough can be found drumming in the darkly mystical post-rock band Blackrune, but as Temazcal, McCullough explores his ambient drone and psychedelic side. The Future Will Belong to Ghosts may only be three tracks long, but it clocks in at just under an hour. Get lost in the swirls and lovely otherness of the release, available on cassette via Furious Hooves.

The Accomplices exist at a cross-section of folk, acoustic, roots, and traditional American old-time music. Crowned "Best Local Folk Band/Artist" by Connect Savannah readers, the four-piece is always a blast live. Kick back in a hammock (if you've moved into a house with a porch, you best make full use of it!), turn up this gentle, sweet tune, and enjoy the Lowcountry life.

Jeff Zagers – "The Dark End of the Street" (from All for the Love of Sunshine, Wharf Cat Records, 2016)

Jeff Zagers creates meditative, experimental songs steeped in the dust-jacketed origins of pop music. Here, he re-envisions Percy Sledge's classic "Dark End of the Street." It's available on Zagers' album All For the Love of Sunshine, a collection of American songbook covers driven by rich vocal melodies, drum machines, guitars, synths, and saxophone.

Hodges' latest release, "Savannah Weather," manages to be both super-catchy and coolly smooth. The cut is the first single from a new EP produced by Aphelion Records. Check out the accompanying video on YouTube.

If you prefer Taylor Swift's early, cowboy-booted material with a dash of Kacey Musgraves, give CC Witt's debut EP "Down Memory Lane" a spin. Witt fronts country band Lyn Avenue and remains active with them while pursuing her solo work.

Passafire has always excelled in pushing the boundaries of reggae. On their latest EP, "Interval," the band blends raw rock 'n' roll with hooky choruses, reggae tempos, and dub elements for something completely one-of-a-kind.