Langston Hughes classic taken to the next level this year 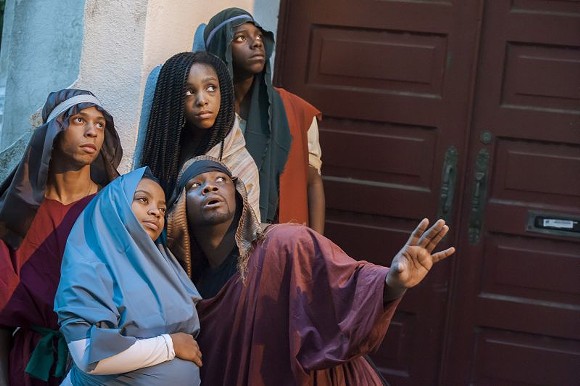 FOR THE past five years, the members of the Performing Arts Collective have brought Langston Hughes’ Black Nativity to life in Savannah.

This year, however, PAC Savannah is ready to ascend to the next level.

For the first time, the fervent vocals and bold dances of PAC Savannah’s Black Nativity can soar to the highest reaches when it is performed at the John A. Varnedoe Auditorium at Savannah Arts Academy Dec. 18-19.

“We’ve had five years to work out the kinks and we’re ready for that big stage,” says McMillon, who has been preparing the cast since mid-September. He assures, however, that the larger space will not diminish the sacred meaning of the story.

“It doesn’t matter where we do it. We carry the same spirit with us always.”

The classic, cherished tale of the birth of Christ has been enacted throughout the centuries, but it wasn’t until the 1960 that Langston Hughes created a production devoted to the African American experience. The poet, playwright, activist and cultural icon wrote Black Nativity towards the end of his life, infusing traditional Christmas carols with gospel hymns and elevating African American spirituality into the cultural metanarrative.

Originally titled Wasn’t It A Mighty Day?, the play debuted off-Broadway in 1961. (Alvin Ailey was part of the original cast but quit over the name change.) 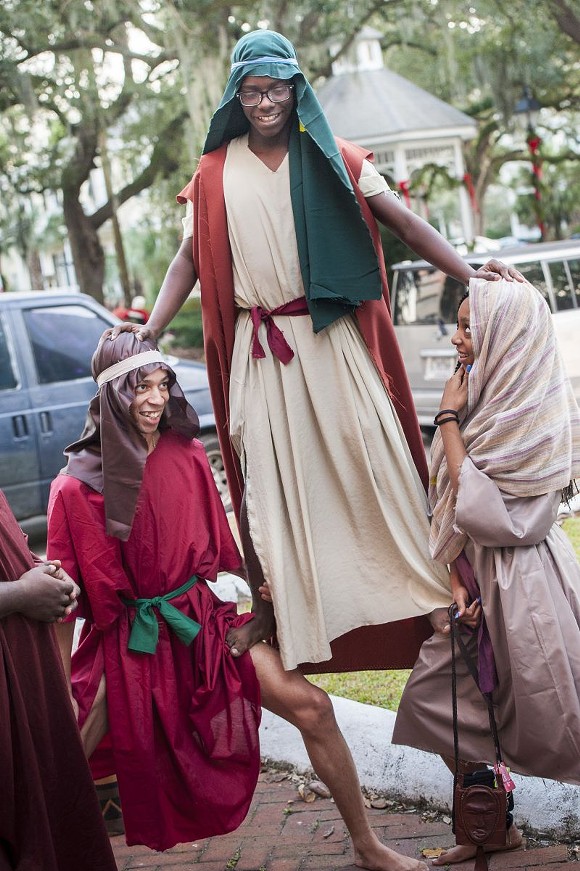 The following year, Black Nativity went on tour in Europe, stirring normally restrained audiences into hand-clapping enthusiasm, especially at the Festival of Two Worlds in Spoleto, Italy. “The elegant festival public appeared to have forgotten itself, lost in this rhythmic wave that overwhelmed it, an integral part itself that bound stage and auditorium in a mystical fusion,” reported the Rome newspaper Il Tempo.

The play returned to the U.S. to the then-brand new Lincoln Center and has been a Christmas tradition in cities large and small ever since.

Hughes’ script allows for and encourages musical interpretation, and the soundtrack has evolved to include not only hymnals but reggae, blues, calypso, African and even a Disney tune in the case of PAC Savannah. Though productions in Atlanta, Chicago and New York may have bigger stages and brighter lights, PAC Savannah’s interpretation has another element that makes it special.

“There are a lot of adaptations of this play,” explains Swindell, a musician, minister and songwriter who has been performing Black Nativity for over 30 years and toured the Southeast with a Savannah-based production in the 1980s. 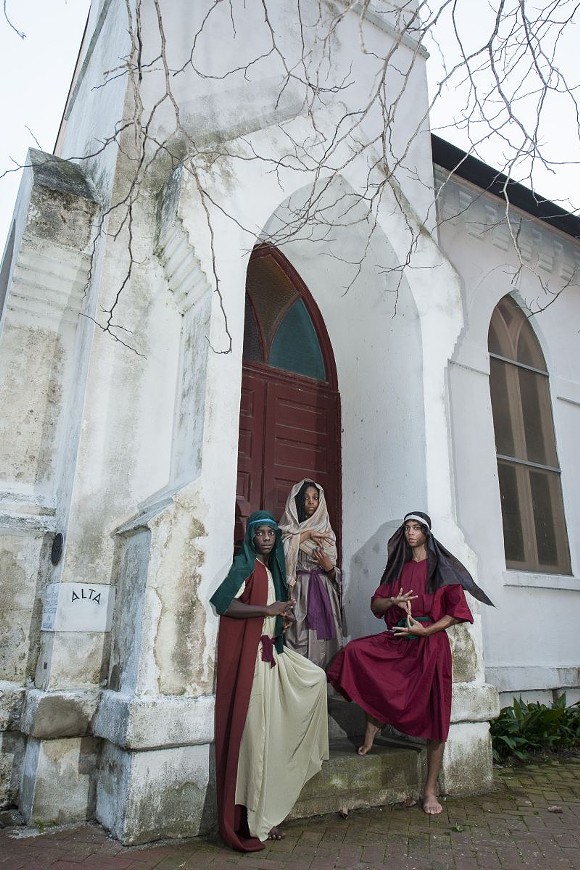 “We’re the only ones who begin with John 1:1—‘in the beginning was the word’—and then go into the Gospel of Saint Luke. We maintain the spiritual aspect.”

McMillon nods in agreement. “You have to tell the complete story. Some productions focus more on the African American telling, and it ends up becoming a gospel concert. We want to stay true to Langston Hughes’ intent.”

Hughes left plenty of room for modern music in the second act. Unique to PAC’s production are 14 of Swindell’s original compositions, including the soulful “Touch of Heaven” and “Chosen.” The latter was inspired by the love story between Mary and Joseph, played by Jasmine Johnson and Darrell Davis.

The rest of the cast and crew is a close-knit community that crosses multiple generations—even the Savior is listed in the program.

“Yes, we always have a real baby!” laughs Miller, who teaches dance for all ages as the executive director of Abeni Cultural Arts. “Even if there is a little crying, I think it adds to it.”

Spitfire Spoken Word master Marquice Williams assists with directorial duties and Leigh Abernathy returns as stage manager, though many in the cast and crew aren’t necessarily associated with theater or performance apart from participating in the yearly production.

“We want to give everyone the experience,” says McMillon with a smile.

Speaking of branches, the bigger venue means enhanced set design. PAC has commissioned a few pieces from a local craftsman and filled in the gaps by borrowing from SAA. McMillon is pleased with the results: “We’re setting the scene for a regular day in Bethlehem.” 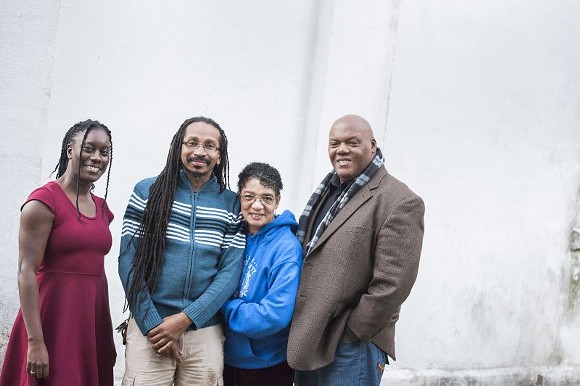 As always since 2011, the production is dedicated to the memory of poet activist and PAC co-founder Clinton D. Powell, who shaped the collective and inspired this particular interpretation of Black Nativity.

A creative force who brought together all stripes of Savannahians in the name of art and community, Powell passed away from cancer in January 2011, just a few weeks after the play’s debut.

“He was the one, he’s the reason we’re here. He plotted for two or three years, putting us together so that we could do this production,” says McMillon.

In Powell’s honor, PAC and the Black Nativity cast will perform a free show for the patients and staff of Candler Hospital in lieu of a Sunday matinee.

Audiences can expect beats and songs to make them stand up and dance, but the leaders of PAC underscore that their motivation is more about reverence than entertainment.

“What we’re trying to bring is the true meaning of Christmas and what this birth means to the world.”