Officials concerned that many Chatham County residents will refuse vaccine 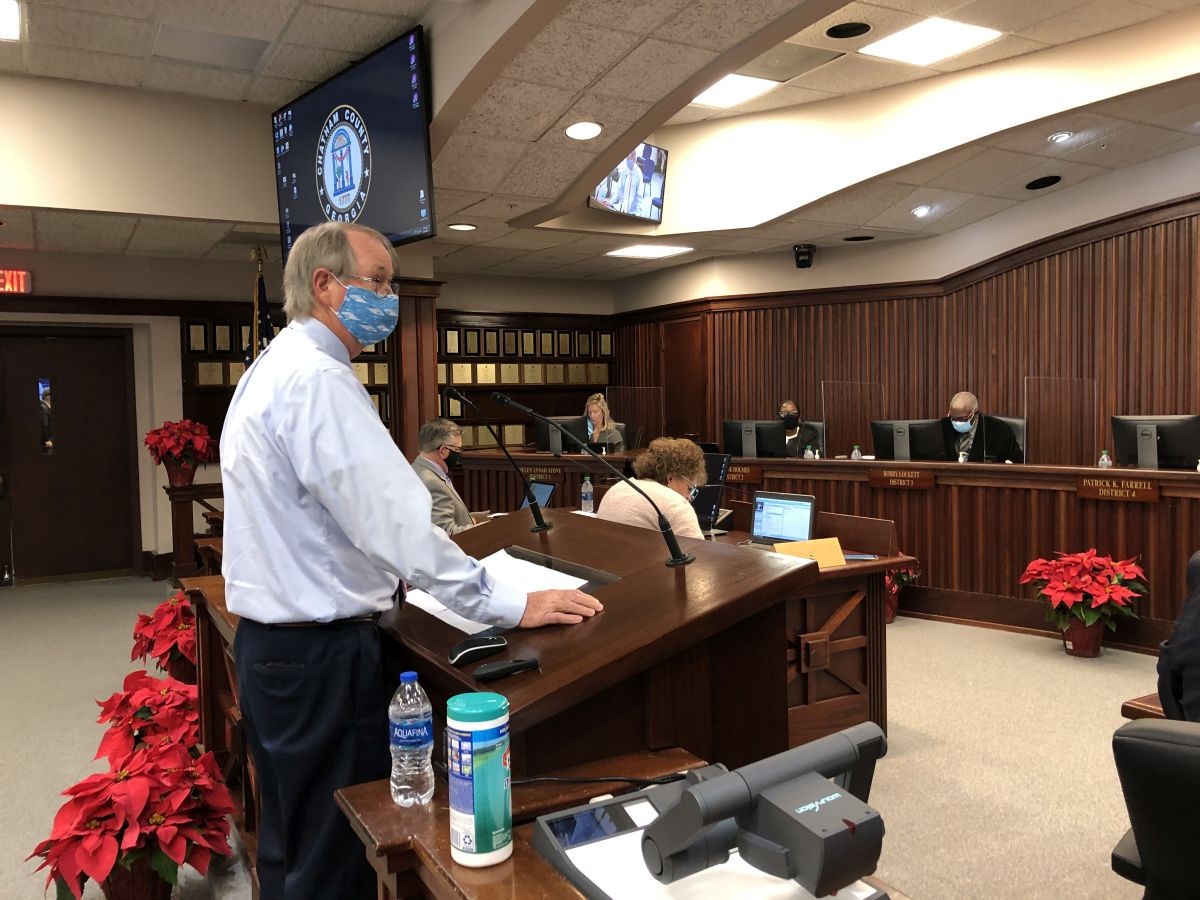 CHATHAM COUNTY MIGHT be just weeks away from receiving COVID-19 vaccine shipments, but for now there's no clear time frame for locals to start rolling up their sleeves to take the lifesaving shots − and officials are concerned that many area residents will refuse the vaccine altogether.

“We anticipate that it’ll be here late December, early January, and we’ll be vaccinating people,” said Davis, the Coastal Health District health director, during a pandemic-response update for the Dec. 4 Chatham County Commission meeting. “Hopefully, if everything goes according to plan, maybe somewhere between Christmas and New Year’s we can begin administering this locally. And again, that’s hopefully.”

Davis emphasized that many unknowns remain about the initial quantities of vaccine doses and which local residents will first receive them.

Because of the vaccine’s initially limited availability, Davis said that Chatham’s general population will have to continue practicing basic COVID-19 precautions for several months to come.

“It’s not like everybody’s going to be vaccinated at one time. We’re still going to have to practice our good, boring public-health hygiene measures such as wearing a mask, watching our distance, washing our hands, avoiding large gatherings,” Davis said, after noting that Chatham County’s coronavirus-infection rates have increased markedly since mid-November.

During the County Commission’s Nov. 20 meeting, Davis projected that the general public will likely not have access to the vaccine until mid-2021.

“It’s going to be at least late spring and into the summer before the vaccine is available for widespread administration to the general public,” Davis said, noting that vaccinations would be prioritized for the elderly and those with preexisting medical conditions.

After the community’s most vulnerable populations are immunized, then the vaccine will be made available through mass-administration protocols similar to how COVID-19 testing has been offered at the Savannah Civic Center, according to Davis.

“We will be able to administer that vaccine, when and if it’s available, in a drive-through setting ... probably at the Civic Center,” Davis said, adding that the Chatham County Health Department has already obtained a specialized “ultra-low temperature freezer” required for storing coronavirus-vaccine doses.

These freezers have also been acquired by Savannah’s Memorial Health and St. Joseph’s/Candler hospitals, which both will be able to administer the coronavirus vaccine when it becomes available locally, according to spokespeople for the healthcare providers.

During the Dec. 4 meeting, County Commissioner Dean Kicklighter asked Davis about the possibility that many Chatham residents may decline to take the vaccine.

“At this point I’m kind of concerned that a huge majority of the population is not going to actually take it,” Kicklighter said, adding that he’d created an informal social-media poll asking constituents if they would take the COVID-19 vaccine when it became available, and that out of 831 responses, “about 95% or more, they’re actually saying no at this point.”

Kicklighter, one of the County Commission’s most conservative members, pledged that he would take the COVID-19 vaccine as soon as it was available to him, and would be willing to participate in a local public-awareness campaign encouraging area residents to get immunized.

“I don’t know what it’s going to take to change the people’s opinions on that, but I definitely will take it,” Kicklighter said.

Davis said that he shares Kicklighter’s concern, and stressed that the two initial vaccines being developed by Pfizer and Moderna do not contain the actual coronavirus, and instead utilize messenger RNA to program the immune system to block COVID-19 from attacking cells.

“People sometimes are concerned about taking new vaccines, and rightfully so. That’s why we hope they are thoroughly vetted and we know that they’re safe,” Davis said at the Nov. 20 meeting. “Some vaccines actually have viral particles in them, and people fear that by taking the virus particle in some shape, form, or fashion, that it will give the disease to you. Neither of these two vaccines have the virus particle in them.”

While awaiting the first vaccine shipments, Davis said he expects an increased demand in COVID-19 testing during the last half of December and early January, when the virus could be rapidly spread through holiday celebrations.

“Before Christmas people want tests so they’ll know they’re − well, they’ll think they’re safe, then after Christmas they’ll want a test to see whether anything had happened while they were off gathering,” Davis said.

The consequences of ignoring COVID-19 precautions and attending multigenerational holiday gatherings can be fatal, Davis said.

This most recent County Commission meeting also included an emotional moment when Davis honored the late District 2 Commissioner James Holmes, who died in August from COVID-19 at age 82, for his contributions as a longtime Chatham County Board of Health member.

“He rarely if ever missed a meeting, and always asked insightful questions of our public-health team. He believed in public service and public health, and his passing leaves a great void for all of us,” Davis said, before also honoring Yvonne Holmes − the widow of James Holmes, who is filling out his term through year’s end − for her service.