Development hopes to be more than just a hotel

WALKING around Savannah’s newest development, the Plant Riverside District, many of the stores, products and faces look familiar. Despite the pandemic, which has yielded closures and economic hardships, local businesses are finding opportunities for growth with strategic partnerships at the hotel.

“I grew up in Rincon, and spent the first six months of my life in a baby carriage going around Forsyth Park with my mother,” he tells me.

His love of the city drove him to build seven hotels in the Historic District over the years, including the first high rise Days Inn, The Bohemian, The Mulberry Inn and the Mansion at Forsyth Park.

He began to develop the idea of Plant Riverside after the 100-year-old power station on the site closed for good n 2010, leaving a four and a half acre parcel of land right on the Savannah River ready for a change.

That end of River Street wasn’t pretty -- chain link surrounded the derelict property and there were environmental issues from the coal. Despite the appearance, he saw opportunity and he bought the property around eight years ago.

Now, through hurricanes, snow, a faulty bulkhead and a pandemic, the Plant Riverside District is open for business and growing in occupancy every day.

There are obvious economic benefits to a new development bringing tourism dollars to Savannah. The project is anchored by a J. W. Marriott and has 419 rooms currently open, with more expansion on the way by next summer.

Plant Riverside District has hired over 400 employees already and Kessler says that 800 will be needed by the time it’s finished. The destination, as forecast, will bring millions of dollars in tax revenue paid directly to the City of Savannah, plus the myriad of spending that comes from robust tourism.

However, the community benefit isn’t just wrapped up in the direct hires and tax dollars. Despite being a completely unique concept for Savannah, Kessler sought to recruit local talent.

“I really want to support local businesses. I want to give them a place to showcase what they really are. Savannah has always been dear to me - a beautiful city full of lovely people who want to see great things happen. It has a great future.”

Employees in charge of activities reached out into the Savannah area for performers for their free shows held on the back lawn near the river.

One group, Savannah Cirque, was hired to perform their aerial and circus show every Friday and Saturday night around 8:00 and 9:30. The act involves silks and trapeze with the artists hoisted 24 feet in the air on a portable rig.

Business owner Sabrina Madsen is grateful for the opportunity to work with Plant Riverside.

“We’re hoping this is a very long-term thing. I think it’s great for both local and tourists, especially the locals,” she says. “There are such limited things to do right now. Outdoor, free, live entertainment is unheard of and people need something enjoyable.”

Kendall Beene and Erin Lambright opened their boutique, local yoga studio to reflect a community feel, but have partnered with Plant Riverside to bring outdoor yoga on the green, shady lawn at Electric Moon, a rooftop bar. 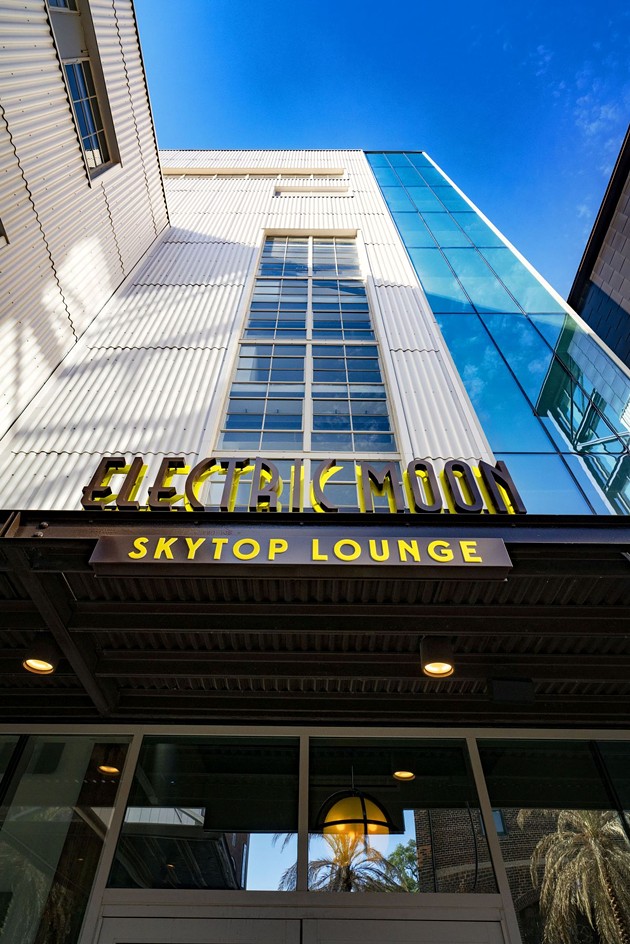 Kendall not only appreciates the ability to generate business right now, but also feels that Plant Riverside serves an emotional need for the community as well.

“The first time we toured and saw it coming to completion, I was so happy to be a part of something that’s hopeful right now.”

Their relationship started with Plant Riverside before the pandemic and saw some delays as businesses closed in response. The ability to have such a beautiful outdoor location serves both locals and tourists alike.

Guests of the hotel reserve right at the concierge, but locals and visitors from other places around Savannah claim spots for the class on the New Yoga Now website. 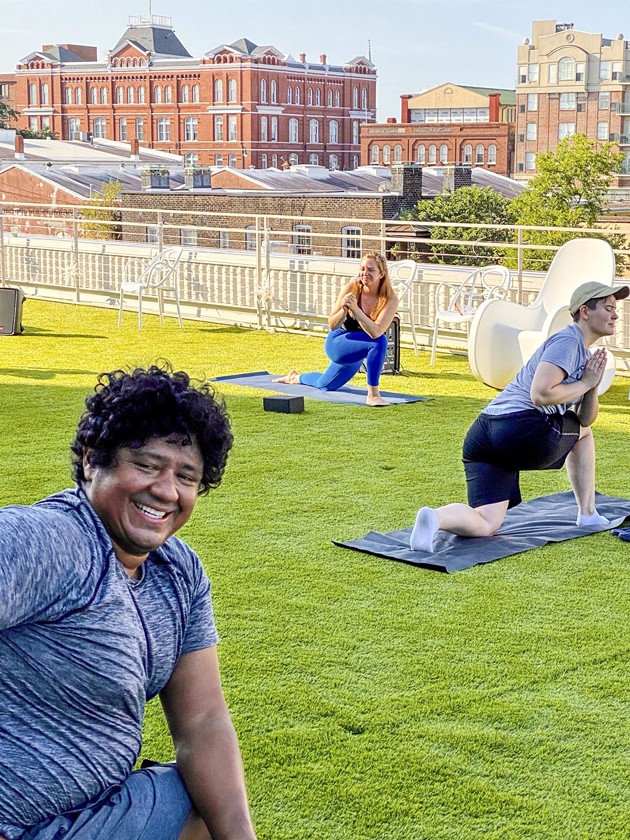 Kendall thinks the project makes a perfect day out.

“It starts at 8:30. The yoga sequence is meant to make you feel amazing. When you are finished, you’re in this amazing spot. It’s a great time to come, do yoga with a friend and have brunch after in these amazing restaurant choices.”

Taking a tour of the retail area, there are well-known stores that reflect the quality of Savannah’s businesses. Byrd Cookie Company has built a beautiful presence facing River Street and Savannah clothing standard J. Parker, Ltd. is fresh and clean and full of great gift options. 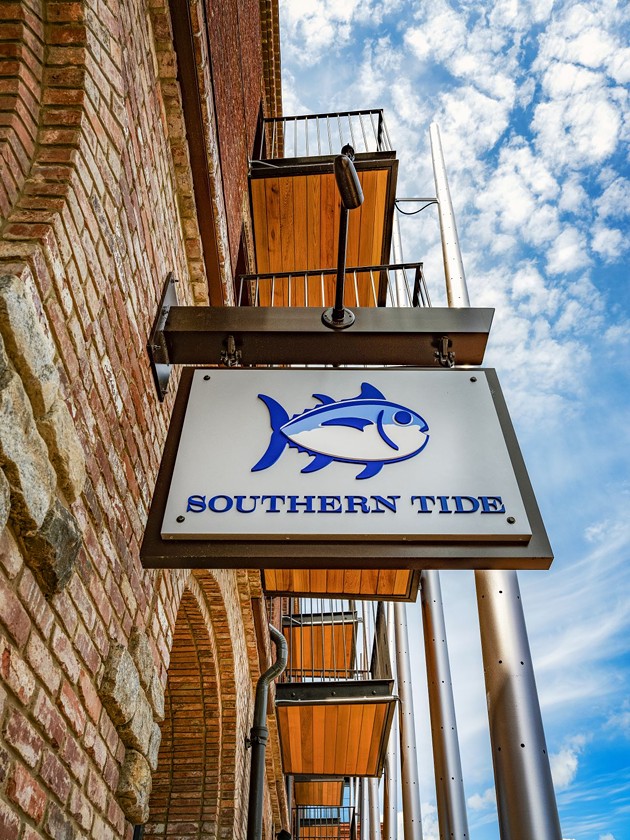 Southern Tide, a regional favorite, has a spacious spot and will bridge into a kiosk behind their store near the river.

The bars serve options from Ghost Coast Distillery, Southbound Brewery and Service Brewing will be a pivotal part of the soon to be open Biergarten.

Seafood is sourced locally when it’s an option and Savannah Square Pops are opening up to cool everyone off.

Richard Kessler is very impressed with the end result of the retail stores and sure of the future of Plant Riverside.

“Every one of those stores are beautifully done. They put energy and investment into it and with their sales, they’re already full of grins,” he says.

“They’re very happy, but they don’t even have the people here yet that we are going to have. They’ve just seen the tip of the iceberg.”