ON April 2, 2015 the Georgia Senate passed Senate Bill 63 (SB63) also known as the Beer Jobs Bill. This bill was a compromise intended to support the Georgia Craft beer industry while protecting the structure of the Prohibition-era three tier system.

SB 63 was seen as it was, a compromise bill allowing for breweries to sell their beers on site but with the catch that they were tied to tours. In essence brewery visitors were not purchasing beer, they were purchasing a tour that included “souvenir“ beer that could be consumed on site or taken away.

A “smoke and mirrors” situation, but one that many were willing to work with.

In August 2015 SB 63 was dealt a huge blow when the Department of Revenue issued a bulletin stating that selling tours connected to beer was in essence a beer sale making the breweries interpretation of SB63 potentially illegal.

The Georgia Craft Brewers Guild’s response was unequivocal. Nancy Palmer, the current chair of the GCBG issued a statement soon after the Department of Revenue’s bulletin:

“It is egregious that the Department of Revenue has waited until now - after the conclusion of months of debate on this law - to quietly, and without open comment, issue a bulletin that flies in the face of the consensus understanding of the law and the known legislative intent,” she said.

“Furthermore, it contradicts the rules that the DoR itself set forth and under which breweries in Georgia have been operating for the last 3 months. The timing of this bulletin smacks of political jockeying and underscores that breweries in Georgia need clear and direct retail sales without equivocation,” said Palmer.

Jump forward to this past week on January 24th when news broke that yet another compromise has been reached. The Georgia Beer Wholesalers Association, Georgia Craft Brewers Guild and Department of Revenue issued a statement that new regulations would be released that would:

Allow brewers again to sell brewery tours at variable prices based on the kind of beer offered.

Let brewers, distilleries and wholesalers use social media to alert the public about where to buy their products or advertise special events.

Here’s the rub: All the “new” allowances were already part of SB 63. In fact some of these allowances are steps back from even SB 63.

While special events are now allowed the rules have been stretched to state that third parties are not allowed to sell alcohol on brewery premises even if they purchase it through a distributor.

That’s right: Caterers can no longer supply beer for a special event at a brewery even if the location is fairly rented and the beer fairly purchased at a local bottle shop.

All three participants in the compromise, including the Georgia Craft Brewers Guild have been positive in their reaction to the new statements. However, some brewers are less enthusiastic. Southbound Brewing Company’s co-founder and head brewer, Smith Mathews, has this to say:

“My thoughts regarding the ‘compromise’ are fairly simple. It wasn’t a compromise,” Mathews says.

“Key legislators and political offices in Georgia are able to do things they weren’t given the power to do through being elected to office by their constituents. The brewers in Georgia put together a bill that would reform the existing laws governing breweries and distilleries direct sales to consumers,” he says.

“We are one of two remaining states in the whole nation where breweries are not allowed to sell beer directly to patrons who come visit the brewery.”

All of the states surrounding Georgia do allow direct sales by breweries. Many see this as an unfair playing field for Georgia brewers, restricting them when the state should be supporting their endeavors. Mathews is no exception.

“To be clear, the majority of breweries in Georgia including us (Southbound) don’t want to eliminate the three-tier system,” says Mathews.

“We love the three-tier system and our distribution partners. Without them we wouldn’t be in business. This isn’t a three-tier battle, it’s a battle to put small Georgia businesses on an equal playing field with neighboring states,” he says.

“They have an advantage over us by having much more cash flow through tasting room sales than we do, enabling them to spend more on production expansion, sales reps, marketing, and advertising. The three-tier system still exists in most of these other states and both the distributors and the breweries are flourishing. It’s simply not fair that we are at such a disadvantage.”

A new bill, one that would have been more in line with the laws of the states surrounding Georgia was in the works. The Georgia Craft Brewers Guild (GCBG) was pushing this new legislation, but something got in the way leading to the last week’s announcements.

Mathews is quick to point out that his opinions are not the opinions of other breweries or the GCBG.

“The Board of the GCBG has done an incredible job, even when put in a terrible situation like this. It’s the right political move for all of us so we can live to fight another day. But this is just a prime example of how the good ole boy politics work in Georgia.” 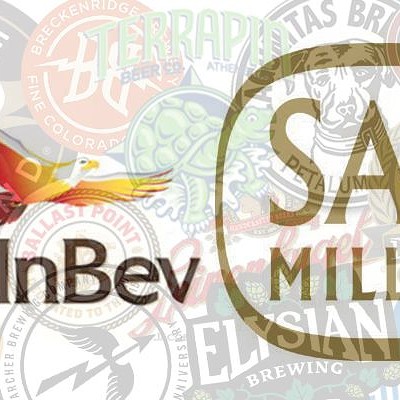 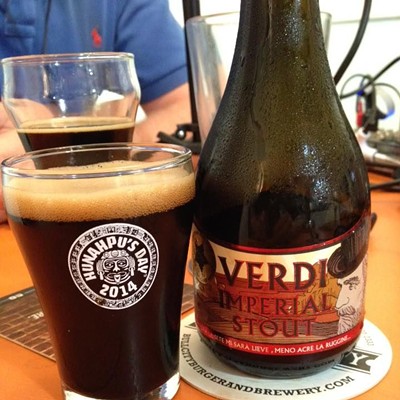