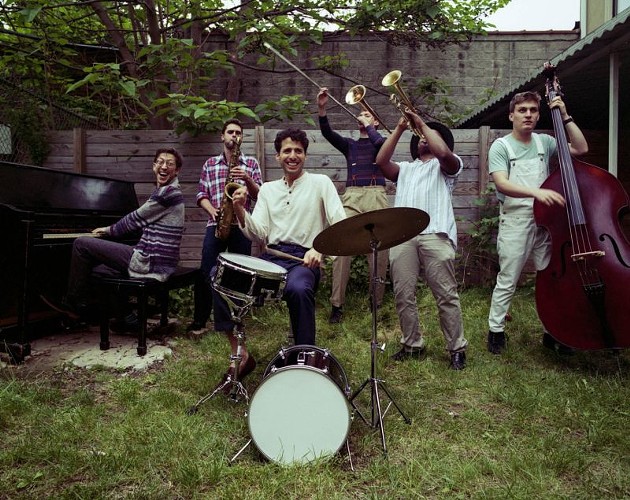 THE Savannah Music Festival crew deserves a big round of applause.

After an intensive planning period that begins years in advance, the staff of one of the South’s most beloved festivals has completed its 2018 program. The acts are booked and the glossy, printed brochures will soon be in the hands of music fanatics and ticket holders.

It’s official: from March 29 to April 14, downtown Savannah will be brimming with the finest musicians from all over the world and the patrons who love them.

“We’re so glad to have it all finally happening,” says Ryan McMaken, Savannah Music Festival Marketing and Managing Director.

On Thursday, November 9, the hard workers behind the festival will announce the 2018 lineup with a free party at the Ships of the Sea Maritime Museum. Until that evening, next year’s players are top secret.

“It’s a very different festival this year,” McMaken hints. “But, it’s a very different festival every year. There are so many different styles of music as a part of the festival. Certain things are planned years in advance. Others come down to the wire. We probably booked ten or twelve final acts in the last couple weeks...more of the Americana and popular music styles that don’t plan as far out as others. It’s interesting to see it come together.”

Savannah Music Festival prides itself on diverse, top-quality programming. The varied lineup reflects the varied musical palette of Savannah and its surrounding areas.

“It’s difficult to pin down Savannah,” McMaken observes. “We have the downtown scene, but we have the greater Savannah area—West Chatham, Bluffton, Hilton Head. So we kind of have our main line of programming, which has been classical music, jazz, Americana, and world music. This will be my twelfth festival, and watching the programming, it’s never weighted toward any one style of music. They’re all prevalent. One year, our world music might be a lot of West African music. Another, it might be a good bit of flamenco and Portuguese music, or Balkan brass bands. We never check the boxes like, ‘We have to have one of each!’ It has more to do with where people are in their careers.”

The festival looks forward to welcoming a handful of new venues this year, to be announced at the party.

“We’re getting excited about that—the festival’s getting a little bigger,” says McMaken. “The more live music we can bring to Savannah, the better. We’re always, like other organizations in this field, are looking for opportunities to expand in this integral way. This year, the commitment to presenting has grown, and our budget has grown, too.”

A big goal for McMaken is making Savannah Music Festival a year-round presenter of world-class music in the Southeast market.

“There’s a lot of enthusiasm for concerts,” he says. “We’re trying to find a place for that.”

“Joyful jazz” ensemble Sammy Miller and the Congregation are the perfect act to get Savannah in the SMF spirit.

“They travel all over the world doing concerts and educational programs,” explains McMaken. “They’re all trained jazz musicians. This is a feel-good band in terms of being upbeat. They have jazz, swing, Dixieland...it’s good for this event, the kickoff party, because it’s approachable music and they’re really top-notch musicians. They’re kind of almost theatrical at points—the horn players are wireless, they’re choreographed all over the place.”

Band leader Sammy Miller is a Grammy-nominated artist and native of Los Angeles. The Congregation was formed after Miller completed his Master’s degree at The Julliard School. He’s joined by trombonist Sam Crittenden, tenor saxophonist Ben Flocks, trumpeter Alphonso Horne, pianist David Linard, and bassist John Snow. The talented crew of players has independently performed with artists including Iron and Wine, Jason Mraz, and Wynton Marsalis at venues like The Hollywood Bowl, Lincoln Center, and even the White House.

In addition to their Announcement Party appearance, Sammy Miller and the Congregation will perform at Savannah Music Festival in the spring, per tradition.

“When we bring someone new to the market, we make sure they’re a repeat on the festival and play the festival too,” McMaken says.

Surrounded by history and the beauty of the Ships of the Sea Museum and its gardens, fans will welcome a new year of music.

“We’d like to see a lot of people out for the announcement,” says McMaken. “Ships of the Sea is a casual atmosphere, and patrons love to go there for a concert experience.”