Consolidation Fever: Have you caught it?

CHATHAM COUNTY is getting "municipalitis." Local citizens are talking about what it means to be in (or out of) a municipality.

First, we have the bitter break-up of the Savannah-Chatham County Metro Police. A joint force by the city and county governments for a decade, the partnership is over.

Next, we have the possibility of no less than two different municipal incorporations. Some residents of Skidaway Island are pushing to form a municipality. So are some residents of Wilmington, Whitemarsh, Oatland and Talahi Islands. (“City of Islands?”) 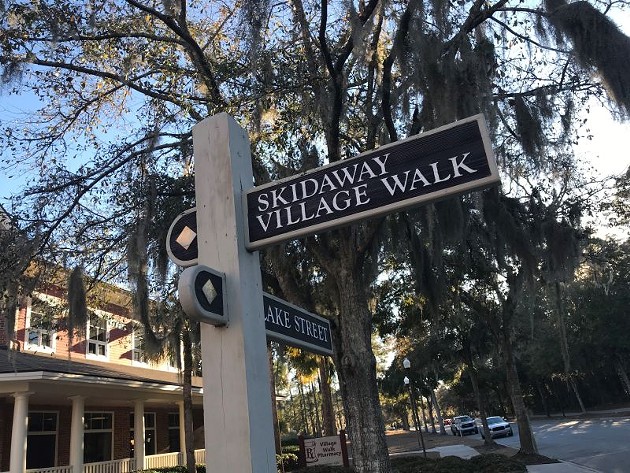 A possible City of Skidaway Island might find its municipal offices at The Village, a cluster of shops serving the island’s 8,000 residents.

And all of this comes as some state lawmakers suggest that all of this “municipalitis” should be taken to its logical conclusion. And that would be to put every inch of Chatham County into one municipality or another (most likely Savannah).

“I think that always has been a concern,” says Kathy Siler, who led a committee to study incorporation on Skidaway Island, which has about 3% of the county’s population.

“We would probably not be very well represented in a larger government like that.”

“For the amount of taxes that we pay, do we get the services that we should get?” she asks. “The answer is no.”

Some residents of “The Islands” are saying the same things: They don’t like what they’re getting from the county. But they don’t want to be part of a “larger government,” either.

This might be a good time for some civic education. It might not be obvious to some residents, but Chatham County is the basic unit of government in Chatham County.

It looks dumb even to write such a thing.

But, everywhere in Georgia, the county is the entity that provides your most basic, important and expensive government services: courts, Sheriff, jail, elections, tax collections and more.

You can’t incorporate or de-merge your way out of these things: “the basics.” You are in a “larger government” whether you like it or not.

What we’re arguing about is what I’ll call the “extras,” although few people would consider them “extras.”

The City of Savannah is a good example: the arts, parking services, traffic engineering, flood control, parks. Everyone around here enjoys these things that the city provides.

Unincorporated property owners pay the county for their own “extras” through a Special Service District tax or through private companies.

But, no matter where you live in Chatham County, if you’re a property owner, you’ll always pay county taxes for the basics (General Fund).

You also pay a Board of Education tax (the largest of them all) and a Chatham Area Transit tax (miniscule).

Relative to the overall bill, the “extras” account for about 15% of total property tax rates in the unincorporated areas and about 30% in the City of Savannah. That’s the fuss.

And for Skidaway Island, where almost everyone lives in a gated enclave, The Landings, we’re literally talking about three or four (mostly tree-lined) roads in the public domain.

Are you getting your money’s worth?

No one can answer that question for you. No one can tell you how much you think you deserve to get back from (and give to) the larger whole (or even how you measure that).

I just hope that when “municipalitis” gets serious, people know exactly what they’re talking about (and not talking about).

Look for possible action in the state legislature, where lawmakers could approve at least studies and referenda on these issues. That could set up multiple ballot questions in November.