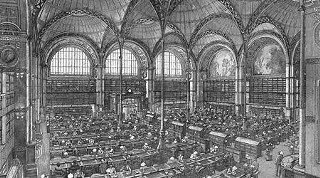 The retrospective of Erik Desmazières at The Jepson Center for the Arts is a selection of work consisting of twenty-nine prints made since 1974. It is an impressive range of etchings and mezzotints that depict idiosyncratic interiors, invented landscapes and strangely fantastic creatures.

Tastefully curated by Ms. Courtney McGowan, this show is his first in a US museum. Desmazières, the son of a French diplomat was born in Rabat, Morocco, in 1948. Today, he stands in a class of his own as a master draftsman and self taught artist, whose work reflects a life long dedication to the medium of printmaking.

The prints on display at the Jepson share the depth and range of Desmazières' etching technique. The etchings are realized in the style of 17th and 18th century Dutch and Italian prints. Like Rembrandt, Piranesi and other masters of the etching medium, these prints are beautifully rendered and superbly crafted.

Desmazières' etchings are at once shockingly strange and profoundly realistic, revealing a calculated understanding of interior structures of the real or the imagined.

Cabinet of Curiosities II (1998), an etching and aquatint, depicts a large room that appears to recede endlessly. Lining the walls, the floors, and the ceiling are artifacts from Egyptian times to the present. Like a fun house of mirrors, space repeats itself, folding in and out and receding deep into the background. There are long freeze-dried eels hanging from the ceiling, sea horses and birds, which stand twice as tall as humans. A live monkey peers up at a standing mummy behind which one finds a strange human grotesque in the center with sea shells for eyes and twisted ribbons for legs. Even the borders framing this print are decorated with a constellation of interiors that include anatomical casts of surface and interior muscles of a man, and organs partially uncovered by flaps of muscle and tissue.

The Great Battle II (1978), and The Pier (1974), are fantasy-scapes, representing Desmazières' imagination at its best. The battle print evokes a sense of wander and foreboding awareness -- a harbinger of a galactic war, where floating wooden boats navigate through a sky thousands of feet above ground level. These flying boats seem to hover in the air like weightless clouds while hundreds of warriors below wait for the call to charge.

In The Pier (1974), two lone gondolas sit by the water's edge, uninhabited and vacant evoking a feeling that is simultaneously/either eerie and pleasant depending on how one feels about empty spaces. Desmazières' evokes similar sentiment in his other works including Rene Taze's StudioV1 (1993), and the Deserted Fortresss II (1979).

The Salle LaBrouste of the Bibliotheque Nationale (2001), depicts a library room with people hunched over books at long tables and busy workers shelving books. In this print animate and inanimate objects are equally rendered lifeless. Desmazières' library workers walk and sit alone (and immediately, another reference comes to mind - that of George Tooker's paintings depicting crowded places where no one talks, speaks or seems to be aware of others). The figures in Desmazières' library prints, like this one, are so mechanical and detached, that they seem to suggest that repetitive work, as in the shelving of books, reduces us to creatures of habit without purpose.

This leads one to wonder if habit is, however, always such a bad thing. It allows us to exist, to hold jobs, and often to do things that seem pointless and yet serve the needs of survival. It is creativity driven by the engine of ‘habit' that has enabled Desmazières' to complete these twenty nine ambitious prints.

Desmazières' prints are rendered with obsessive and calculating detail. In The Salle LaBrouste of the Bibliotheque Nationale (2001), mentioned above he had the patience to draw, and then etch, 5,000 books (plus or minus a counting error). The pains-taking attention to detail appears to hold time still. It is a Zen practice that absorbs the subject and the object, the creator and the created, the artist and the art into a unitary continuum of space and time.

The French Philosopher, Gaston Bachelard, wrote in The Poetics of Space that "The house shelters day-dreaming, the house protects the dreamer, the house allows one to dream in peace." In a similar vein, Desmazières' spaces, whether interior or exterior, seem to serve as mental wormholes shortening the distance to a dream space.

Erik Desmazières: Constructs and Inventions is on view at The Jepson Center for the Arts until October 26th. Marcia Neblett teaches at the Savannah College of Art and Design. She is a printmaker.