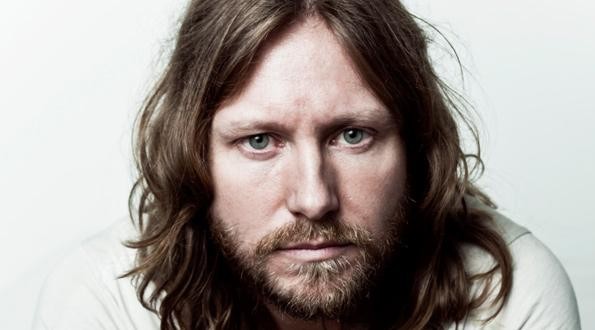 A nude woman stands beneath a boom box and a garland of plastic magnolias, in what looks like a cheaply-paneled trailer. She's wearing a papier-mache alligator mask.

"That was a dream I had," explains the Mississippi born-and-bred Branan, laughing. "I wanted a Folk Art Mississippi Swamp Muse. I couldn't find a gator mask, so I had to actually make that. It's still sitting on my mantle at the house."

In other words, the explanation is = there's no explanation. That's a proper mantra, too, for this road-tested troubadour's impressionistic story-songs.

Branan, who'll share the Jinx stage Feb. 21 with his old buddy Jon Snodgrass (from Drag the River) is part of an eclectic group of gritty Southern songwriters who set their own hearts afire and sing about the thrill - and agony - of the flames.

American Songwriter named "The Corner," from Mutt, one of the Best Songs of 2012.

"My records aren't a diary," Branan tells me. "I don't write like that. I find that when things are very personal, and very close to me, I will put them in a character. I won't sing them as myself. I will change the gender, I will change the setting, change the story."

He's about to start recording the followup to Mutt.

"There's a song on the next record dealing with the death of my father," Branan continues. "The song has nothing to do with the father-son relationship. It's just this feeling that I had, and I completely cast it into something. You probably wouldn't be able to pick out which song it is.

"You want it to have that edge, but you have to sharpen it with distance, you know? You just need perspective on things. You don't want to be tugging on heartstrings you haven't earned."

Branan almost broke big in 2003, when no less than Rolling Stone included him in its "Hot Singer-Songwriter" issue, accompanied by a pinup-ready beefcake photo.

The phone, however, did not start ringing off the hook.

"I kinda knew what it was as it went along," Branan chuckles. "It was just a lucky break with a monster publicist that believed in the stuff. It was a good press run is what it was. It was never organized; I was on a small, one-man label. It was nothing. It was pop press for a folk act."

He found no great reason to change his life. "I just took to the road, kept on it and never stopped."

In the spring, he'll be back out on the national circuit, opening for the Gaslight Anthem.

"So it's nebulous. We take a lot of left turns."

With his midnight-campfire guitar playing and a roughshod singing voice redolent of whiskey and cigarettes, Branan's live show is electrifying and thought-provoking.

"I'm trying to entertain," he says. "I don't like going to a show where somebody's standing up there thinking you should listen to them ‘cause it's hard. If you can't get their attention, you don't deserve it."