SONGWRITER, singer, and multi-instrumentalist Joe Firstman has worn a lot of hats, figuratively speaking. He started out as a solo artist with a major label deal before landing a gig as bandleader for Last Call With Carson Daly from 2005-2009.

After that job ran its course, Firstman reinvented himself with Cordovas—a band that draws on true Americana music and the country-rock of the 70s.

That band, founded by Firstman in 2011, is an extension of his storied career—which has found him experiencing nearly everything an artist can experience in the music industry. He’s traveled a lot of miles, learned a lot, and made some seriously profound art along the way. The band has garnered him some of the most critical acclaim of his musical life, and it helps that he’s joined by a group of top-notch Nashville players.

Cordovas is set for a gig at El-Rocko Lounge on Fri., Nov. 22 with the great Parker Gispert opening. Ahead of the show, we caught up with Firstman to learn more about his band and his life in music. 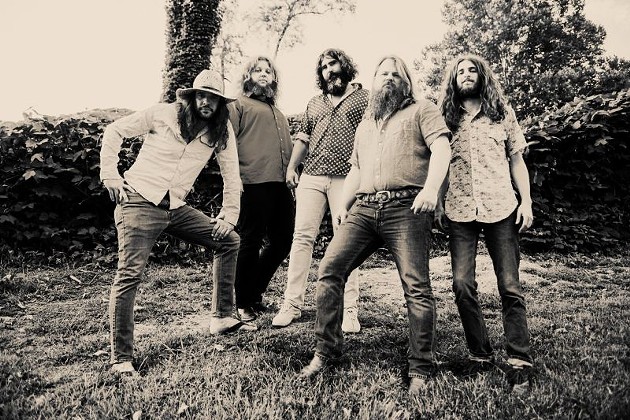 Prior to starting Cordovas, you had a pretty incredible solo career that led you down all sorts of paths. When this project started, did you take any lessons with you musically or otherwise that you feel informed the way the band operated?

That’s a good question. The sum total of everything that I had learned to that point was compressed and put into the new act. And the basic motivation behind the new act was that the other thing wasn’t good enough.

In what way? What pushed you to make this something different?

Professionalism. I was able to compare the successful bands I had and the TV job, and assess the weaker years as well. When you hold a mirror to yourself, the information is not elusive or hidden at all, man. The answer that I got when I held up the mirror was: make a good show. Play consistently. Know what you’re doing, clean your clothes, get to the gig on time. You know?

So much of that was being handled by my record company in the first case, so it was being done properly. And in the second case, when I was doing it on my own, so much of it didn’t get done. It’s a business, you know what I mean? It’d be nice if just our neighbor was going to listen to us and give us enough to create a livelihood. But as it is, we need more people than that. And I just thought that it was time to go get help.

From a musical standpoint, this band draws a lot from 60s and 70s roots and country rock. Do you feel that Cordovas is a representation of the kind of thing you always wanted to do?

I never did one thing in my life that I didn’t want to do, so whatever the struggles are that yours and my contemporaries had, I never had those struggles. I see a lot of guys that never had a style. If you don’t know how to identify joy, how to identify passion, and how to identify style then it sounds like you’ve got some bigger issues.

My style never changed. As we get wiser, we embed that into our narrative for the sake of our ability to help tell the story. If you’re writing “Baby, baby, baby” bullshit, then you and probably wouldn’t be talking about those kinds of artists anyway. My style has simply matured as I’ve read more books, gotten more experience, and learned from my failures.

Cordovas has been with ATO Records for a while now, and they seem to be a really cool, artist-friendly label as opposed to what you probably experienced as a solo artist at Atlantic years ago. Do you feel a sense of creative freedom that you maybe didn’t have before?

For us, it was never a decision to do something true or not—I only do true things, so every once in a while someone pops up and says, “I’ll give you a record deal.” That’s happened about six times in my life.

We write the best songs we can, we work harder than most bands that I know, and that’s that. It wouldn’t have mattered if [2003’s Atlantic release] The War of Women had come out on that label or that label, because it wouldn’t have changed the songs. I was unchangeable. You couldn’t move my art, and we were going to go do it. And that’s what we’re doing today.