I'm generally not a fan of updating Shakespeare plays to any other era than what the Bard intended. If I have to see one more precious version featuring a duel in which two guys in sportcoats pull down swords from over the fireplace of a hunting lodge or whatever, I'll have to hack somebody up with a sword myself.

That said, Ralph Fiennes' version of Coriolanus last night at the Savannah Film Festival was about as good an effort at updating Shakespeare as you'll find. Which unfortunately still isn't saying much.

The timing couldn't be better for a dystopian vision of Euro-apocalypse, and the update here truly is ripped from the headlines: We first see Roman warrior/statesman Caius Martius (later "Coriolanus") in full Iraq-style U.S. soldier battledress, complete with M4 rifle and Kevlar body armor.

Their mutual, bloody struggle - with original place names such as "Rome" and "Actium" kept intact - takes place in an urbanized, multicultural Europe that is in an advanced state of decay (we know that from everyone's drab sweaters and the graffiti covering everything. Plus all the fires that no one bothers to put out.).

Exposition of battlefield maneuvers is handled by grainy segments on the "Fidelis" cable news network, complete with pundits opining in Elizabethan English.

The various political machinations are somewhat bulkily brought to modern contexts, such as a UN-style auditorium and a talk show stage. The obvious attempt to bring politically correct modern European multiculturalism to the Bard's work is made even more distracting by , it must be said, the very heavy accents of some of the actors.

Speaking of accents: I had an epiphany listening to the delightful brogue of Scottish actor Gerard Butler (last seen by most of us yelling his head off as a Spartan king in 300) as he portrayed rebel leader Aufidius, who simultaneously feels envious awe for Coriolanus as well as pity for him.

I'm no linguist, but Butler's natural, conversational delivery -- as opposed to the de rigueur Royal Shakespeare Company crooning of Fiennes and Vanessa Redgrave as Coriolanus' mother -- brought home the likely fact that the Elizabethan accent of Shakespeare's day probably sounded a lot more like a modern working class Scot than a modern Londoner with an Oxford education and classical theatre training.

As for Fiennes himself, he is too mannered an actor to be persuasive in the role of vengeful, betrayed supersoldier Coriolanus. A little bit of coldness is called for, but Fiennes is positively glacial, even when supposedly losing his temper.

Also, in his decision to not bulk up even a little bit for this macho role - Fiennes sports a notable paunch -- he is quite simply not believable as a physical threat to the taller, younger Aufidius.

But the biggest problem with Coriolanus the movie is Coriolanus the play. It's really not very good. The character arcs are unbelievable, the family dynamics contrived and unconvincing, and the payoff both predictable and unsatisfying.

Contrary to popular opinion, not everything Shakespeare wrote was a masterpiece, and Corolianus is one of his few but noticeable duds. There's a reason it's not performed very often.

While Ralph Fiennes' Coriolanus is a valiant effort, in the end he is betrayed by his source material. 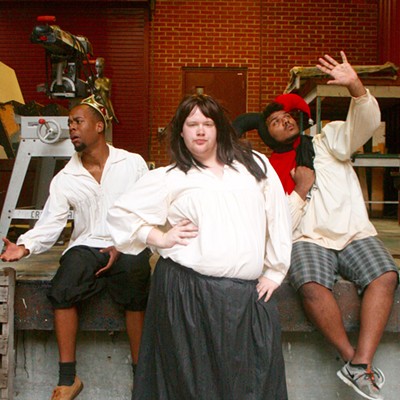 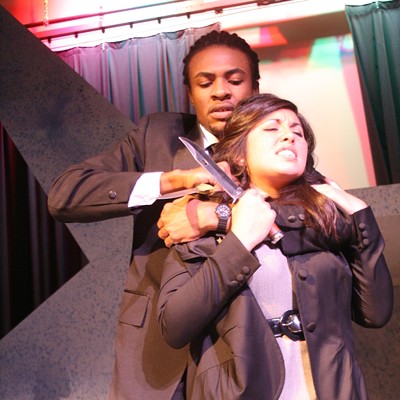