Georgia breweries throw down at the beach 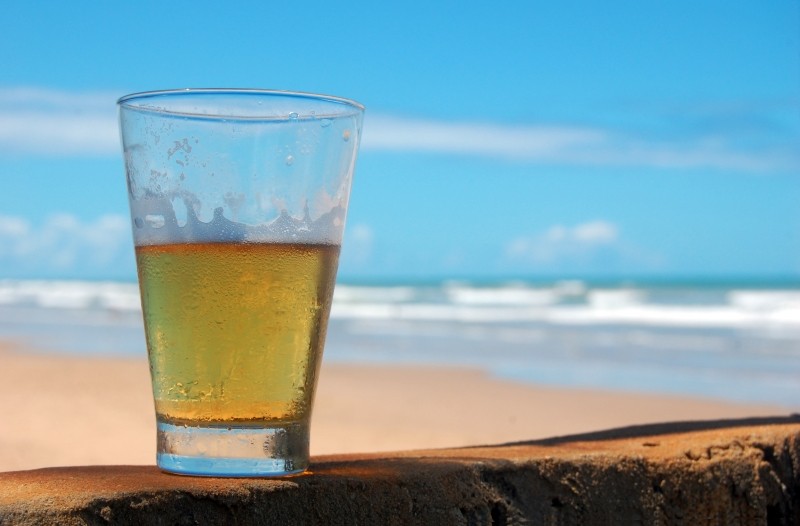 LOOKING for some hoppin' action on the Georgia craft brew scene? Then grab a glass, 'cause it's about to get sudsy.

Tybee Island hosts a carbonated contest for the ages this Friday, July 24, when 16 of the state’s favorite local and regional craft breweries compete at the first annual Craft Brew Battle at the Beach.

Each brewery is bringing its top two contenders, giving attendees 32 brews to vote for as one takes home the winning title of Best Georgia Craft Brew. Tickets are $25 in advance, and expect to fill your collectible five-ounce glass stein with tart Hefeweizens, hoppy IPAs, coppery Ambers and golden Pilsners while reveling in the ocean breeze.

Included in the price of admission are fresh-popped popcorn, bar games, prizes in the form of gift certificates to local restaurants, and the swingin’ country-folk sounds of the Lazaretto Creek Band, fronted by down-home singer/songwriter Thomas Oliver.

This “Oscars of Georgia Craft Brew” benefits the Tybee Post Theater, the same folks who help start the year with a brisk slap at the Polar Plunge and bring us the sumptuous Tybee Wine Festival every spring.

For those concerned that Tybee’s festival schedule is too bare in during the summer months, the new brew battle should bring some relief.

“We wanted to host something in the middle of year,” explains Tybee Post Theater’s executive director, Melissa Turner.

“Savannah’s big craft beer festival is held in the in the fall, and there are no festivals at all on Tybee during the summer—nothing between the wine festival and Pirates Fest!”

Like the Wine Festival that netted $30K earlier this year, proceeds from the Craft Brew Battle will go towards programming and upkeep of the historic theater, built in 1930 for the soldiers stationed at Fort Screven. After almost a decade of fundraising, it looks like the refurbished stage and screen is finally ready for the spotlight.

Turner reports that the theater will open its doors to the public for two weekends of events starting Labor Day. Mark the September calendar for a first-run blockbuster, a classic movie, and something for the kids, plus live music and theater performances.

The last days of summer will also bring the debut of “Tybee City Limits,” a monthly gig featuring local bands from Savannah, Tybee and Wilmington Island.

“This is a multipurpose venue, and we want to showcase all of what it can do,” says Turner.

Speaking of multipurpose venues, the Craft Brew Battle takes place under the Tybee Pavilion, an open-air octagon shaped a lot like the rings used in those pugnacious Ultimate Fighting Championship throwdowns. But these are brewers, not fighters, and the Craft Battle of the Brew should be a mellow good time.

“The competition is good-natured, I hope,” laughs Turner.

“Our whole goal is to make it fun.”