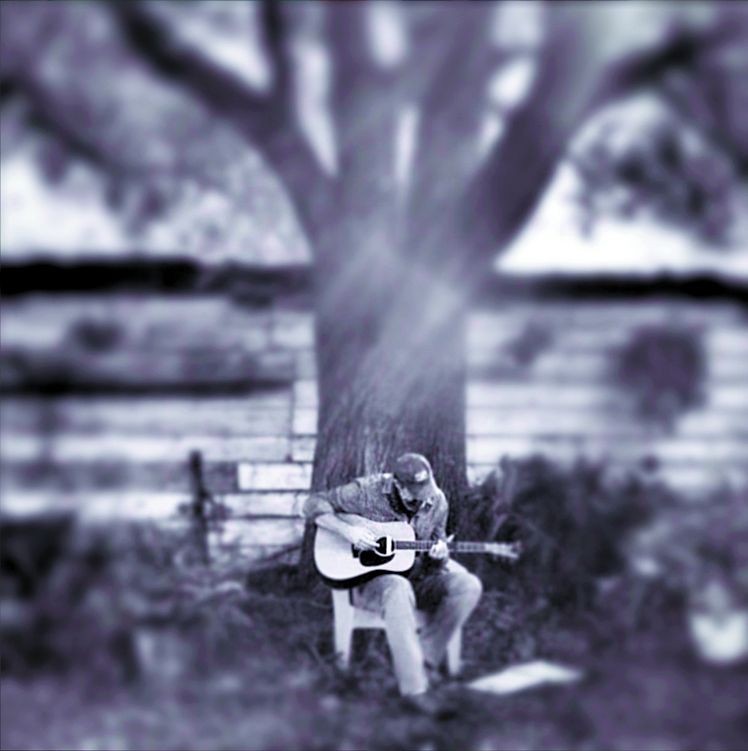 Craig Tanner
Craig Tanner influenced the music scene by encouraging others and sharing songs of his own.

ONE OF the most valued members of Savannah's singer-songwriter community is bidding The Hostess City farewell.

Craig Tanner, open mic host, singer-songwriter, engineer/producer, and member of the band American Hologram, is leaving Savannah with his partner, Jill, and young daughter, June, to create a homesteader life in rural Missouri. Before he leaves, he'll share a collection of songs from his forthcoming LP, Park Bench Revelator, and jam with friends one last time.

Tanner, a photographer who teaches workshops around the country, fell in love with Savannah while on a business trip.

"Before I moved here, I really identified Savannah as somewhere that felt like a home for me, which was not a feeling I've ever had," he says. "I grew up tough like a lot of people, and home was a very bad thing that I was always trying to get away from. It was really a revelation to be in Savannah and not live here and say out loud, 'This is home.'"

In his workshops, Tanner pushed his students out of their comfort zones to better explore their creativity. He was taken aback when his pupils gave their teacher a taste of his own medicine.

"My students were like, 'What are you really afraid of yourself? What are you doing that's scary for you?'" he recalls. "That led to an open mic. I was honest with myself. I had been playing guitar since I was eight or nine. I could get up and give a keynote speech in front of thousands, but I was so scared of singing and playing in front of people."

Two years before settling in Savannah, Tanner mustered up the courage to play Molly MacPherson's open mic, hosted by Markus Kuhlmann and Eric Dunn. The pair warmly welcomed Tanner to the stage, and something clicked when he plugged in and sang out in that room.

"I realized I loved this more than anything I've ever done," he says.

Upon moving to Savannah, Tanner began hosting his own open mic at The Wormhole. Later, he was invited to co-host at Molly's, and was soon hosting on Mondays at Abe's on Lincoln, too.

Open mics are crucial to both established songwriters and new performers. Countless musicians in Savannah attribute their bravery onstage to Tanner's encouragement and welcoming demeanor.

"What I've learned is that it really matters how you treat people," Tanner says. "You can't fumble through it. You have to get on there, say people's names, and treat people with respect. Music is about listening and caring to listen to what other people are doing."

Tanner has been writing music for years now and released an album with American Hologram in 2014, but his forthcoming album is his solo debut. He'll have a small run of CDs with a selection of songs available at his Abe's farewell.

"I wrote the title track a long time ago about a combination of [Savannah street musician] Guitar Bob and a couple other homeless people who seem like oracles to me and shared my philosophies," Tanner says of the album. "The title track just came from thinking about Bob being a revelator...and meeting him and talking about history."

Like a lot of street performers, Bob was impacted around seven or eight years ago when panhandling laws began to require criminal background checks and fingerprints. Tanner hopes that, in the political and darker notes of his album, listeners think beyond establishment politics and ask questions about how our broken system impacts the least fortunate.

"The main thing it getting people to ask questions about underlying beliefs and foundations," Tanner says. "There's a trilogy of songs on the record about homeless people. Look around and see, as a society, we're definitely willing at the level of big power to criminalize being poor, mentally ill, in debt. I'd love for people to seriously look into the idea of poverty being criminalized."

"It's an angry record," he continues. "And honestly, that's why we're moving. I can't fight the system by myself—I have a kid. I don't think it's responsible of me to become a hardcore activist, but there's somewhere I can go and say, 'I will contribute as little to this bullshit as possible and teach myself to be a more self-reliant human being.'"

Tanner has been recording the album himself with the help of many guest musicians, including David Marchant, who has assisted as an arranger, producer, and keyboardist. The full record will be available next fall, and Tanner plans to return to Savannah for an album release celebration.

Though he looks forward to this new adventure with his family, Tanner will never forget the impact Savannah and its community has had on him.

"I have a lot of people in the city that helped me play music that have been ridiculously supportive," he says. "I'm an old guy with a face for radio, a very primitive guitar player, and I've been able to enjoy doing music and get a ridiculous amount of support from people. And that's meant a hell of a lot to me."