One is tempted to snicker at the continuing controversy over the behavior of City Alderman Tony Thomas, involving as it does the venerable Savannah traditions of partying, sex, gossip, intrigue, and over-the-top displays of eccentric personality. 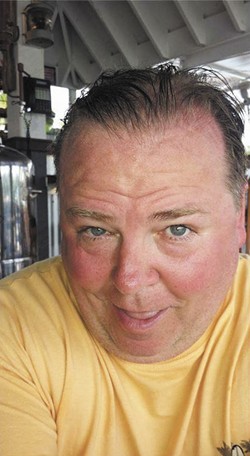 But the story also reveals the age-old affinity for reckless hedonism which is always just under the surface of Savannah’s genteel veneer.

The strange and seemingly endless saga of Tony Thomas really exploded into public consciousness only this year, but according to many observers it was two decades in the making.

Rumors circulated for years about Thomas’s apparent taste for the high life. But the rumors never seemed to hinder his political career, and might possibly have helped it along, Savannah being Savannah.

A majority of his Southside constituents continued to regard him as a very effective representative, and continued to swear by him regardless of what they might have heard through the grapevine.

Indeed, in November 2015 Thomas was reelected with ease, swatting aside several challengers in one of the most impressive performances by any of the incumbents who survived the DeLoach wave.

However, the unveiling this past February of “The Troll Chronicles,” —an anonymous, professionally produced series of web videos—laid bare on-camera accounts of underage sexual impropriety, providing alcohol to minors, and possible misuse of City funds to entertain underage and other paramours.

While The Troll Chronicles broke the internet for a few days, Thomas responded, not without merit, that none of the on-camera charges by alleged abuse victims had any evidence behind them.

The interviews were convincing enough on the surface, and were historic in that the subjects of the interviews did so in the open, under their own names, with no attempt to disguise their identities.

The inclusion on-camera of longtime local gay rights activist Kevin Clark seemed intended to undercut charges that the attacks on Thomas were motivated more by homophobia than by concern for public welfare.

But, as Thomas maintained, at the end of the day there still seemed to be no smoking gun, no paper trail of malfeasance. No there, there.

For all the fanfare, the Troll Chronicles might have come and gone with little impact had Thomas not insisted on upping the ante at every turn.

As the attacks on him came in, Thomas noticeably amped up the already robust and often pointedly personal responses launched on his Facebook page. Not one, but two ethics complaints were filed against Thomas by a pair of constituents, who cited constant mentions of them on his Facebook page which they allege were not only far beyond proper behavior for an elected official, but which were cyberbullying at a minimum and possibly very close to terroristic threats.

(One ethics complaint was dismissed, and the second was withdrawn by the complainants because they said they couldn’t get the GBI to release pertinent info.)

Thomas has had a deeply symbiotic, and some would say quite unhealthily addictive, relationship with Facebook for quite awhile.

Even before Mayor–elect Eddie DeLoach was officially sworn in, Thomas kept up a barrage of ugly social media attacks on the new Mayor.

(Not that all of his rumor-mongering was false; Thomas’s charge that a deal had been made for City Manager Stephanie Cutter to retire turned out to be basically true.)

As for the very serious and so far unproven allegations of bringing underage paramours on City-funded trips, Chatham County District Attorney Meg Heap says the allegations have been referred to the GBI.

Meanwhile, Thomas’s fellow Council members have uttered nary a public word of censure or concern about their colleagues’ behavior, which surely reflects poorly on every elected official in the City. — Jim Morekis