‘Creation is life’: Jitwam on his genre-bending music

Jitwam has figured out a way to absorb pretty much everything that he discovers musically and export something incredibly unique. His particular sound can’t quite be categorized, but it’s as much hip hop and soul as it is jazz, folk, and avant garde.

Born in India and based in Brooklyn, he sounds like a student of the world and true student of art. He’s an adventurous songwriter and an incredible singer—it’s no wonder he’s been steadily building a fanbase and garnering buzz all over.

Ahead of his upcoming show at El Rocko Lounge on Sat., September 7, we spoke to Jitwam about what inspires him and what his creative process looks like. 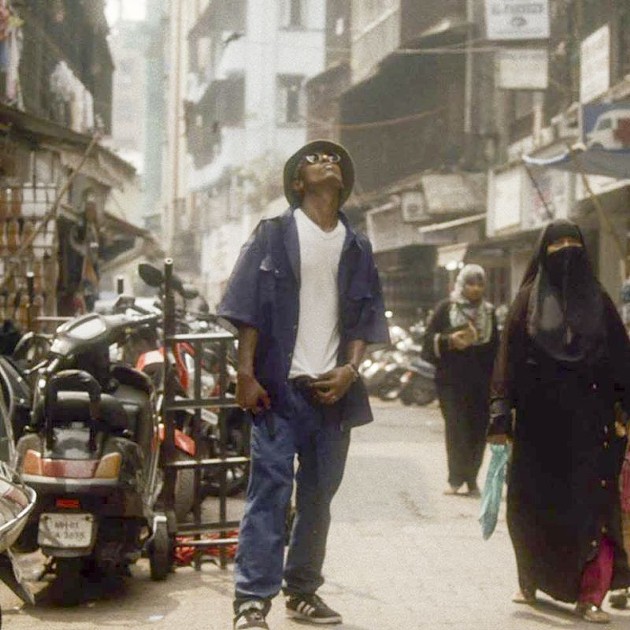 How did you get started in music, and what made you want to pursue it as a career?

I’ve been doing music forever ever. It comes to me in my dreams, when I’m walking down the street and soundtracks the rhythms of my life. When I landed in NYC and had no palatable ways of earning money, music seemed the only way and still is to this day.

Your music is reminiscent of several different stylistic eras and genres. There seem to be elements of hip hop, soul, folk, jazz, and even free jazz improvisation. What were some of your influences when you first started writing and recording?

I’m influenced by the everythingness of all things. Miles Davis used to mimic the sounds of buses and trains on his horn, and I mimic the sounds from my childhood into this music. Growing up I’d listen to everything from The Stooges to The Velvet Underground, to Bone Thungs-N-Harmony to Enya.

The music of mine that really touches me is when it is a synthesis of all things... that is the role of the artist and that’s what makes me, me.

The hip hop that resonates with me has always been stuff like A Tribe Called Quest, De La Soul, etc. They were sampling jazz records and pushing the boundaries of the genre What’s your philosophy on finding sounds and musical experimentation? Do you feel like you instinctively know when you’ve landed on something interesting, or do you take a lot of time to explore, sample, and manipulate sounds?

I am an avid proponent of “first thought, best thought.” Not only in music, but life itself. I’m constantly tinkering away with sounds—throwing as much paint on the canvas as possible. It’s what you choose to subtract, that makes the music the music. Credit to the edit.

Tell me a bit more about your creative process. Do you conceptualize an idea for an album before you start writing, or do you tend to write songs individually and then compile them?

Definitely the latter. It takes time for the songs I write to speak to me, and for me to understand their place in the world. After a while a batch of songs will present a common thread, a continuous line of thought, a point of view which I then turn into a record.

Lyrically, it sounds like you tend to let the music sort of dictate what you’re writing about and what you compose melodically. Is that a fair assessment, or do lyrical ideas come earlier in the process?

It’s always different. But I don’t think too hard, or I try not to. I like to let the music decide what needs to happen. My body is a vessel; it’s up to me to stay motivated enough to put pen to paper, or audio to tape.

What has been the most rewarding thing about making records and touring so far?

This life is so blessed. And whilst it comes with loads of stress, disappointment and hardship, I am thankful everyday that I get to spend my time doing what I love.

That being said, what’s next for you? I’d imagine you’re always creating?

Always! Creation is life! New music, new shows, new everything. From salsa to Bombay boogie to rock and roll, the future is [still] bright. But you know, I’m brown still.