Creative before creative was cool

For all its silliness, the recent uproar over James Dewberry’s efforts against the Creative Coast Initiative has resulted in some good dialogue regarding exactly what is the local “creative class” and how it relates to Savannah at large. The discussion certainly prompted me to better organize my very mixed feelings on the whole idea.

(I also must credit a very thoughtful blog post titled “SEDA/Dewberry Donnybrook: Exposing Fault Lines in Savannah” at . I rarely agree with Savannah Red on much, but he absolutely nails it there.)

When Richard Florida, author of the Creative Class concept — literally, as in he wrote the seminal work Rise of the Creative Class — came to the Lucas last year, I finally “got it.” I finally understood what he meant about cities needing to attract the new class of young, mobile workers who produce goods and services not with machines and blueprints but with brains and creativity.

I internalized his words so much that I altered my entire approach to the content of this newspaper. Thus my mixed feelings.

Savannah’s “creative class” is exemplified by the engaging and ever-optimistic Chris Miller and his influential Creative Coast Initiative, an arm of the Savannah Economic Development Authority and hence partially taxpayer-funded. And a great public investment it is.

When we think of this local “creative worker” we think almost exclusively of a tech-savvy white person in their late 20s or early 30s who is generally a new arrival to town — essentially a liberal version of what was commonly known 20 years ago as a “yuppie” or “Young Republican.”

To a certain extent the profile proves Florida’s point: The creative class, needing no infrastructure beyond their own minds and a fast internet connection, migrates to wherever there’s quality of life, diversity and the tolerance for different lifestyles.

But my nagging issue is that a lot of us were “creative workers” in Savannah long before it was cool. When it was really uncool.

I was going to produce a list of names to prove my point until it became so long I ran out of space. You know who you are.

Suffice it to say that many of us decided to stick it out in “Slow-vannah” long before Richard Florida put finger to computer keyboard and without the aid of seed money from SEDA. But because we didn’t just blow in from Boston or Boulder or D.C. or Portland or Santa Monica — and because most of us are hovering at various points around the 40 mark — we’re not on anyone’s radar screen.

We’re “creative,” but not “Creative.” Know what I mean?

I confess sometimes I want to crash one of the Creative Coast’s networking happy hours – actually I wouldn’t have to crash because they’re always kind enough to invite me – and grab somebody by the lapel and say, “Hey, Mr. Open-Minded Guy Who’s Reinventing Savannah! Do you have any idea what it’s like to be the editor of the only alternative weekly in the southern half of Georgia? Since frickin’ 1996? Because I do!”

Of course I’d never actually do such a stupid thing — so keep those invites coming! But that leads me to these questions:

Is Savannah really using the phrase “creative class” as it should be used? When people throw around the phrase “Creative Coast” — and they do, often — isn’t that just a euphemism for “People not from here?”

You know, the people my parents’ generation simply called “Yankees?”

If so, that’s not a new story at all, it’s a very old one. Savannah’s always had an inferiority complex regarding outsiders, whom we tend to put on a pedestal whether they deserve it or not. The corollary is that any native who chooses to stay is suspect. For years the joke was that for a Savannahian to be taken seriously in their own home town, they have to move away and come back.

But Richard Florida says the creative class isn’t necessarily based on origin or socioeconomic background. Maybe we need to revisit the definition Savannah’s using, and consider that to truly make this a “Creative Coast” we’ll have to include a much wider variety of people than perhaps some of us are comfortable including.

I’m not playing the elitism card, a common and unfair criticism of the Creative Coast Initiative. Having lived for decades on the receiving end of what passes for populism in Chatham County, I’d never be so cavalier about the need for focus, drive and professionalism — three qualities sorely lacking in much of the local population at large, and three qualities that the local creative class surely has.

No, the Creative Coast is not “elitist.” But they could easily — and perhaps inevitably — become just another interest group among many here competing for media attention, political influence and yes, dollars.

Savannah is rife with well-intentioned people who strode into town determined to break through our notorious insularity, only to quickly fall prey to it themselves. Here’s hoping that the Creative Coast — version 2.0, that is — can break the mold.

Jim Morekis is editor-in-chief of Connect Savannah. E-mail him at 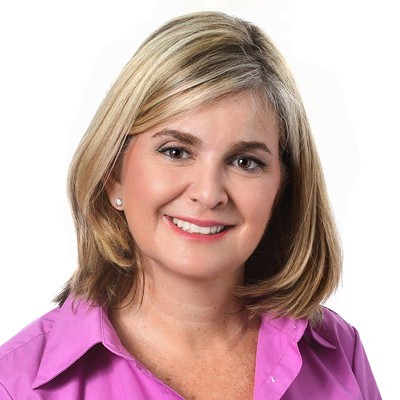