Funding for the feasibility study may have hit a snag, but local politicians remain hopeful 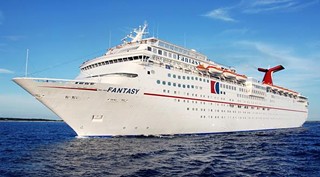 Will Carnival cruise into Savannah?

The quest to land a cruise ship may have hit a small delay, but local legislators remain optimistic.

At the center of the issue is funding for the feasibility study necessary to ascertain the viability of a cruise ship located in Savannah, potential locations for a new terminal, and other details essential to continuing discussions about the possible economic impact.

The City of Savannah pledged $50,000 in its 2010 budget toward the study, and the Convention and Visitors Bureau had also pledged some financial support. Several local political leaders supporting the idea, including Alderman Tony Thomas and State Senator Lester Jackson, were hoping to see the state contribute half of the cost of the study. The feasibility study is expected to cost $150,000–200,000.

A delegation from Savannah, including Sen. Jackson and Alderman Thomas, met with Governor Perdue last month to discuss the possibility of a state funding match.

However, with the current state budget crisis, as well as the generous allotment of the budget (about 10 percent) and state bonding (nearly one third) already headed to the greater Savannah area, the governor was unwilling to allocate additional funds for the feasibility study, according to Jackson.

“In this tight budget crunch, and tight economic times, we need to look for more sources of state revenue,” said Jackson.
The development of a cruise ship industry in Savannah could generate significant revenue for both the city and the state, both of whom are dealing with budget troubles this year. The cruise ship industry in Charleston has drawn millions in tax revenue as well as significant amounts of spending with local businesses.

Carnival Cruises, which is the company that sails from Charleston, has also announced that starting in May of this year, they will offer year round cruise departures from the South Carolina port.

Georgia is one of the last states in the Southeast that doesn’t host a cruise ship. Florida, South Carolina, and Alabama all have ships.

Being the last one to the cruise ship party might hurt Savannah’s chances of attracting a cruise company according to industry expert Stewart Chiron, proprietor of www.cruiseguy.com. Even a smaller cruise ship would require drawing 2,000 passengers per week to keep a company interested in offering year round trips.

“It’s not like there’s as large a geographic pool to take from because of what Charleston and Jacksonville are already grabbing,” he explains.

“Our research found out half a million people in the greater Atlanta area took cruises last year,” said the senator.

“I think a great number of cruise ship goers would rather come out of Savannah ports than to take a flight to South Florida or make a drive to Charleston.”

Even in the grip of recession, the cruise industry was not as severely impacted as other industries. According to a Department of Transportation Maritime Administration report released recently the second quarter of 2009 saw increases in total passenger nights over the previous year.

Jackson says that although the funding for the feasibility study may not be as forthcoming from the state budget as was originally hoped, there are still several possible state–level allies who could assist with the cost.

“We’ll receive some state funds, but not the half that I’d originally anticipated,” says Jackson.

He plans on meeting with the Lieutenant Governor, Labor Commissioner and the Industry and Trade Commissioner to further discuss the matter.