To learn more, go to seaislandindigo.net. 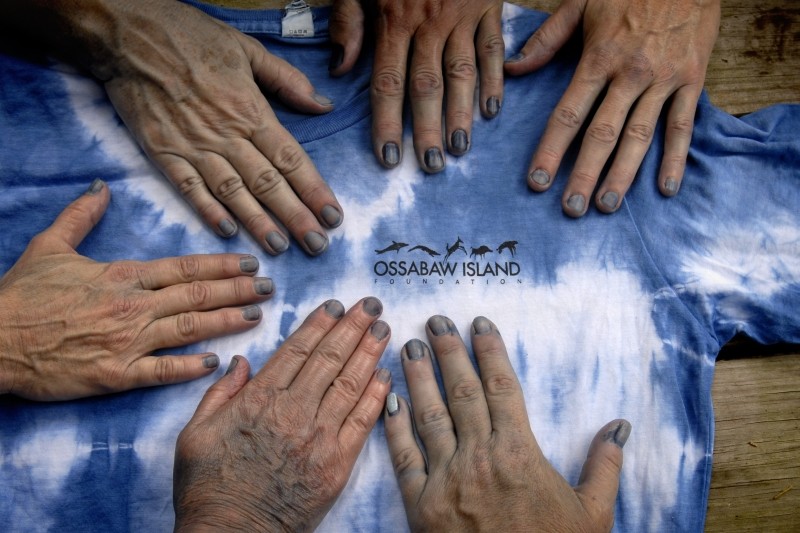 Ann Sosbe
Blue fingertips are the telltale sign that these hands have been part of the indigo dyeing process.

The monochromatic state of her wardrobe reflects more than just a color preference. The owner of Sea Island Indigo processes and produces her own rich dye, sourced from a crop of organically-grown indigo plants grown on her farm near Charleston, SC.

Her passion for indigo stems not only for the beautiful blue hue it yields, but for its historical value.

“There is so much mystery and myth surrounding it, it crosses all cultures,” says Hardy, resplendent in a hand-stitched, organic cotton jersey dress the shade of the evening sky two minutes past twilight.

“And it’s a big part of the heritage of the Lowcountry.”

A genus of flowering plant with over 750 species, indigofera grows in tropical and subtropical regions across the globe. Certain types of indigo have been cultivated by humans for over 4000 years, from ancient Aztec shamans to Egyptian pharaohs to European merchants in the Middle Ages.

Your blue jeans were probably dyed with synthetic indigo, but Levi Strauss used the real deal when he sewed his first pair of riveted dungarees.

Early Colonial settlers established plantations for it in the Caribbean, hoping to cash in on the worldwide demand for blue dye. As the first American colonies became established, indigo became second only to rice as the New World’s most profitable cash crop before the American Revolution. In the mid-1700s, an enterprising young woman named Eliza Lucas Pinckney figured out how to grow massive amounts for export, employing hundreds of slaves on three South Carolina plantations to plant and process the crops.

Hardy inherited an interest in natural dyes from her mother and studied under the tutelage of dye masters Michel Garcia and Kathy Hattori. The Georgia native began studying the history of the natural pigments used in the Lowcountry, noting the integral use of enslaved people. It was thought that any strains of plantation indigo grown in the Southeast had long died out, and when Hardy decided to try growing indigo herself, she sourced the seeds from Mexico. 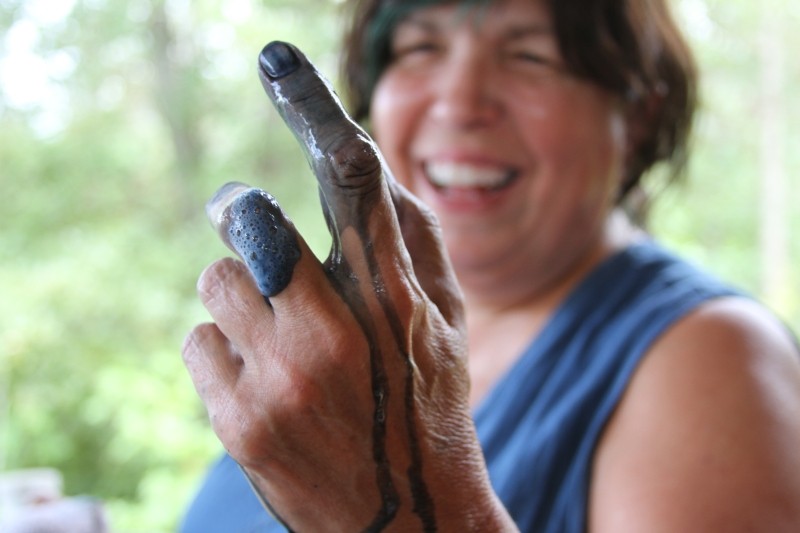 “I grew the first crop on John’s Island on a goat farm,” she recalls, adding with a laugh that “goat manure makes an excellent fertilizer.”

In the meantime, acres of indigo were growing wild on Ossabaw Island, the nature preserve and artist retreat created when forward-thinking heiress Sandy West struck an agreement with the state of Georgia in 1978. The island has been left undeveloped ever since, its flora and fauna allowed to thrive.

Somehow, seeds from indigo grown on those pre-Revolutionary plantations had sown through the centuries, and the island’s secluded location helped the genome evolve into its own distinct lineage.

When Hardy discovered a passing reference online to Ossabaw indigo in 2014, she “almost had a heart attack.” She immediately contacted Ossabaw Island Foundation executive director Elizabeth Dubose, who happily provided a packet of seeds. Dubose also invited Hardy to the island to demonstrate how the funny little shrubs can produce their beautiful shade.

About a dozen textile enthusiasts, many of them members of the Fiber Guild of Savannah, attended an all-day workshop on Ossabaw last October organized by program coordinator Robin Wright Gunn.

Hardy led participants through the dye-making process, which turns fingernails a telltale shade and requires a reactive agent such as lime or another alkaline substance. (Slaves would have used burnt oyster shells or their own urine.)

“What came out was a stunning, stunning, blue,” describes Hardy. “The color of Ossabaw indigo is bright and vibrant, different than other types of indigo.”

Hardy recently spoke at the Ossabaw Island Foundation’s annual meeting and West’s 102nd birthday about how the island’s heritage plant could serve as the foundation for a unique economic development plan. She envisions an “indigo culture” where a community of organic farmers, manufacturers, artists and consumers would support a local industry that provides fair trade and humane practices. 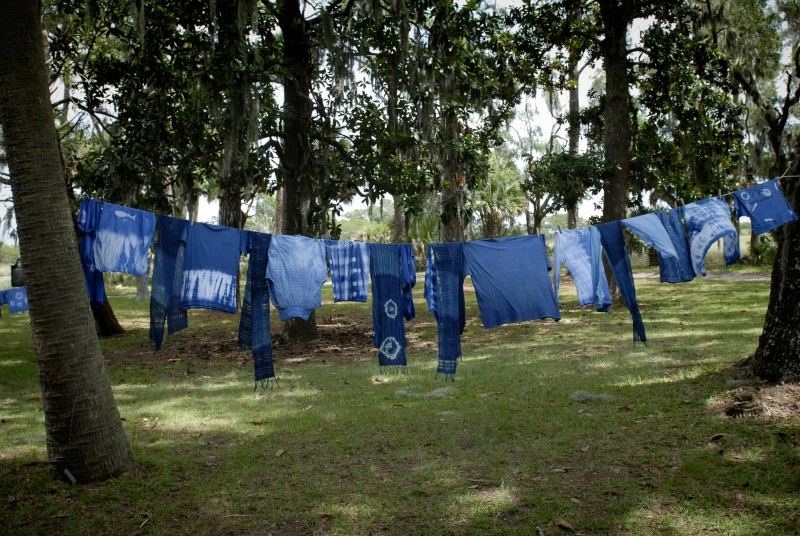 “People are becoming aware of the real cost of their clothing, the cheap labor and toxic chemicals involved,” she told the crowd.

“There is modern-day slavery in the fashion industry, and it is moving towards a more sustainable model.”

Her vision is also environmentally progressive and need not tax the island’s resources at all: Hardy has partnered with Clemson University researcher Dr. Brian Ward, the agriculture specialist responsible for the commercial revitalization of Carolina Gold rice and the Sapelo red pea.

Ward recently produced 25 pounds of Ossabaw indigo seeds from a few samples and is currently testing the viability of full commercial status.

Hardy says those seeds can be sustainably produced to grow anywhere where the conditions are right, and the plants’ cobalt-hued dye can be produced worldwide.

“It would be true American indigo,” she promised, swathed in her signature blue.

“It would be Ossabaw indigo.”