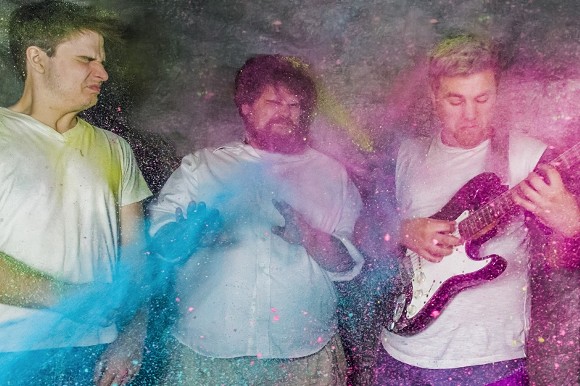 SAVANNAH'S Culture Vulture (Mathew Pelton, drums; Nick Gilbert, trombone; James Webber, guitar) are gearing up to hit the road to Secret Stages, Birmingham, Alabama’s summer fest for indie up-and-comers. Before they head out, they’ll return to Hang Fire to play some cuts from the EP they’ve been working on, due sometime in August.

“We sort of hammer it all out together over time, but it’s gone a lot of different ways,” says Gilbert.

They’ve been working with Clay Skinner to record the forthcoming EP. It’s a DIY approach and a truly collaborative effort; the band lays down scratch tracks of drums and guitar, and then tracks individually from there (tracking individually helps them nail their complex jazz and math-rock influenced parts).

“This one is a little more articulate and technical,” Webber explains.

A title’s forthcoming—the band’s waiting on album art, which factors into their synesthetic take on christening their sounds.

“Once we get that, our title will coalesce,” says Gilbert. “Because our music’s instrumental, titles are kind of hard to come by—they take some time to really pinpoint what the song means to us, what it says to us.”

“One of the songs is titled ‘Girl’s Night on Acid,’” he offers as an example. “Which is like, to us, a dead-on description of what’s going on in the song. There are different places—there’s a come-off, and a sort of part where you’re kind of hanging on by a thread. Things get chaotic...you snap back into it—‘oh yeah, this is supposed to be fun!’—and get more into having a good time. It’s intense moments, relief, and then it gets to a different place.”

The Hang Fire bill is joined by Trees on Mars, a prog band from Columbia, South Carolina, and Savannah’s Beneath Trees.

Between Symmetries find their groove on Silhouettes 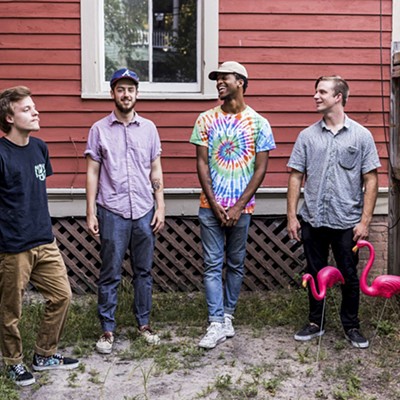