GEORGIA-BRED indie pop songwriter Curt Castle was looking for a new start when his solo venture began. Two long-running bands he’d been playing in either dissolved or slowed down, and he experienced the end of a long-term romantic relationship. Those major life changes were the impetus for If I’m Here At All, a collection of songs recorded primarily in Athens with noted producer Drew Vandenberg.

The album, due out next month, will be supported by a tour that includes a stop at El Rocko Lounge on Jan. 21.

Ahead of his gig, we spoke to Castle about the musical journey he’s on, and where he’s going from here. 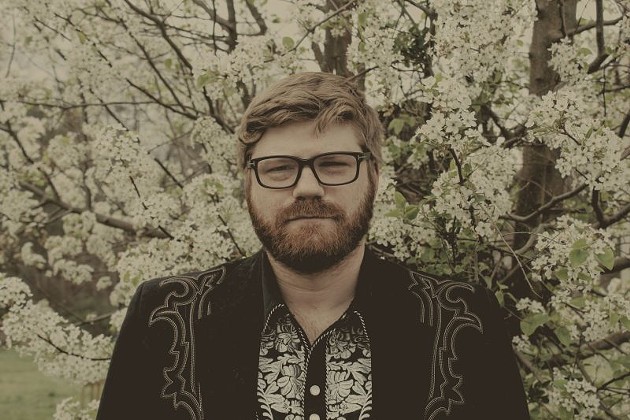 What led you to Athens to make this record, and how did this project start?

CC: I've played in a bunch of different bands over the years. Some have done really well and some have done not so well. I'm in a band called Reptar, and that band was doing pretty well. But everyone moved to different places around the country so that sort of stalled out. Right around the same time, another band I was in broke up. And right around the same time as that, I broke up with a girl that I'd been with for five years.

So I was just like, “Okay, well, everything is different now.” There was just a whole lot of space in my life that had been taken up with these creative projects and relationships, and I just started filling it more and more with writing my own songs. It’s something I’d always done, but it’s something that I hadn’t necessarily had a lot of time for.

I felt like I wanted to go somewhere different than where I normally was. I was living in Atlanta at the time, so I packed up my recording stuff and some guitars and drove across the country to Olympia, Washington.

CC: A big part of it was wanting that drive. It was a very beautiful but stark landscape that I was driving through. I kind of wanted to have that context maybe soak into my brain and be a backdrop to get these songs together and set what I wanted this to become. I went out there for a couple weeks and had the record mostly recorded.

When I came back to Athens, there were things that I wanted to touch up and I wanted to remix it. I’d worked with Drew Vandenberg before, who recorded and mixed most of the record. I pulled up all these things that my friends and I had done, and there’d be little things that I’d say, “I’m not sure about this part, let’s replace it with something else.” If you replace it with something that’s recorded at Chase Park Studios, all of the sudden you go, “That sounds really good,” and you want to replace things more. It ended up being almost another year of recording. It got to a place where it was nice and balanced, but some of them are almost entirely re-recorded in Athens. I think the whole thing works pretty well.

It’s one of those things where I think it’s a lot easier for things to be done in multiple locations, and at the end of the day it all sounds cohesive. So, there are certain elements of the synth-pop here and there - did you start this project thinking you wanted to do one thing, or more so that it would be a vehicle for anything you wanted to do musically?

CC: I think it was less about having a particular aesthetic in mind, and more about having a particular emotional honesty. There isn't really any irony in any of these songs. The lyrics say what they are. There aren't many super elaborate metaphors or anything like that. I'm a huge fan of Bruce Springsteen, and he does a really good job of lyrically walking the line between being really simple but poignant and evocative.

Some of his songs fall on the side of the line where it’s like, “Man, that’s really powerful.” And others fall on the, “Man, that is really cheeseball and I don’t know if I like it.” I wanted to try and get close to that line.

He’s one of those guys where it’s more about the lyricism of it all. And then musically it kind of gives him creative license to do whatever he wants. There’s a Bruce Springsteen sound, but he can sort of take some liberties and dive into different musical areas. Do you feel like that’s sort of what you’re doing?

CC: I'd say that's true. I definitely like for there to be moments where different instruments are coming together, either doing harmonies or doing unison parts for a second and then splitting off. There's a lyrical approach and an arrangement approach that is pretty consistent, but then the actual sounds are pretty flexible.