THE TEASER ART for Golden Rat is CUSSES through and through. In the first peek at the Savannah band's sophomore album, a young girl ascends from swirling, golden-murky water, clutching tight to the hilt of a sword.

Though they’ve always favored “strong girls, Joan of Arc, that kind of empowering image,” according to frontwoman Angel Bond, Golden Rat’s iconography seems especially relevant in light of the trying year the Savannah trio has had.

After feeling under the weather for most of the year, Bond noticed a significant change in her health. In May, she was diagnosed with a thyroid disease.

“My thyroid’s covered with these masses,” she describes. “It’s pressing on my vocal cords.”

As a result, Connect Savannah’s reader-voted “Best Local Vocalist” struggles to reach her full range, and was forced to cancel a handful of summer shows in order to heal.

“It makes me sing out of key or flat,” says Bond. “They say it’s going to take it a while to get it under wraps.”

But if she let that stop her...well, then she wouldn’t be Angel Bond.

Since CUSSES hit Savannah in 2009, Bond has booked shows and tours, orchestrated entire festivals (and successfully dealt with the city attempting to shut down said festivals), and managed a short-lived but incredibly influential all-ages venue.

The modest frontwoman is quick to say that the ailment is “just a personal thing that’s been going on,” but with the help of a vocal coach, Bond has seen progress, and is determined to get back to normal.

“I got pretty emotional in the beginning, especially because they were talking about surgery,” she says.

“That type of surgery is so close to your vocal cords—it could either be great, or it could damage your cords forever. So, I’m really trying to go the healthier route and avoid that.” 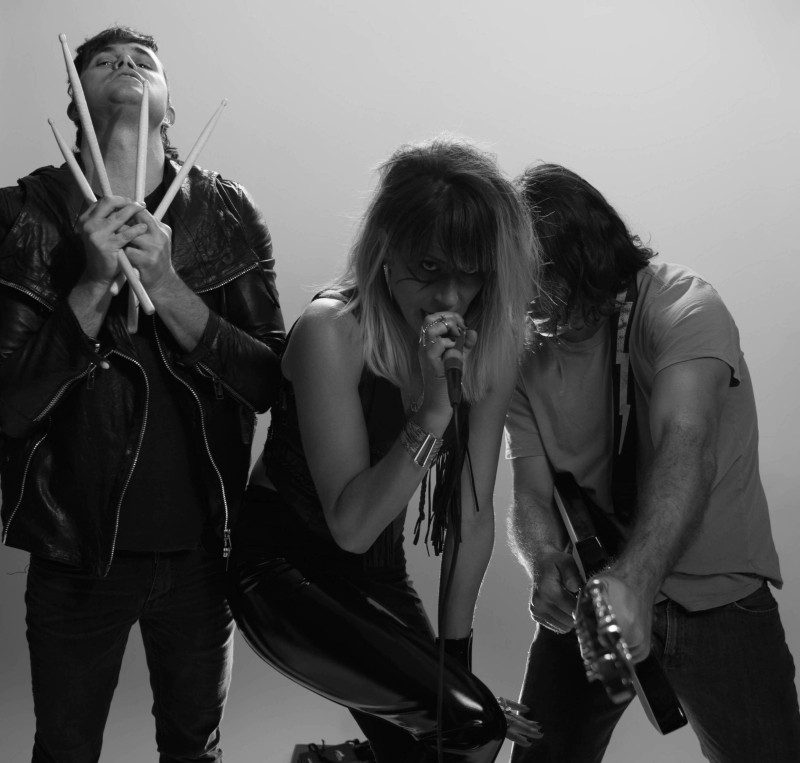 Major lifestyle changes—eating clean, being selective about situations in which she’ll strain her voice, like talking in loud bars, and going gluten-free—have been instrumental in her path to recovery.

“It’s not anything I’ve really talked about too much because I don’t want any sympathy,” says Bond.

It’s a pivotal time for the band. After a lengthy, challenging recording session, the Kickstarter-funded Golden Rat is complete, and reward packages are currently being delivered.

If CUSSES knocked the breath out of you, brace yourself. The difficult studio time was completely worth it.

Indeed, it does. Golden Rat is CUSSES at their most explosive, Lackey and guitarist Bryan Harder at their rawest, Bond at her most versatile.

It highlights and perfectly captures the band’s bristling live sound, yet the studio touches—an extra guitar track here, some echo and subtle doubling on Bond’s vocals there—make it a perfect rock record without sounding too over-produced.

While they returned to Nashville’s Blackbird Studio, where their debut was cut, their first producer also brought in his mentor, the Grammy-nominated Billy Hume.

With Hume’s guidance, the band sought to diversify their sound. The distinct eeriness that seeps from the quieter moments of CUSSES—think Harder’s creeping, reverberating guitar intro on 2012’s “Worst Enemy”—is still there, but they’ve taken the sound into new, imaginative territory.

“I don’t want it all heavy,” Bond says firmly. “Because I feel like we get put in this category, like ‘oh, CUSSES is a heavy metal band.’ We’re really not.”

In the past, Bond has handled all lyric duties; this go-round, she and Lackey collaborated, which helped her open up and take risks.

“Sometimes he knows the kind of things I want to say but I might be afraid to say,” Bond says of her bandmate and partner. “He knows me so well.”

Though Bond is drawn to anthemic, battle-cry choruses that champion individuality and perseverance, Golden Rat has gentle, tender moments between its harsh edges.

“Hopefully this record will show people that we really have a diverse palette, and show a softer side of us,” says Bond.

Though Kickstarter folks will get the album ahead of time, Golden Rat’s official drop date is still to be determined.

“We’re looking at all options,” Bond hints. “Maybe a label. Maybe on our own.”

In the meantime, Bond’s glad to be back onstage, and looks forward to joining Baby Baby at The Jinx. 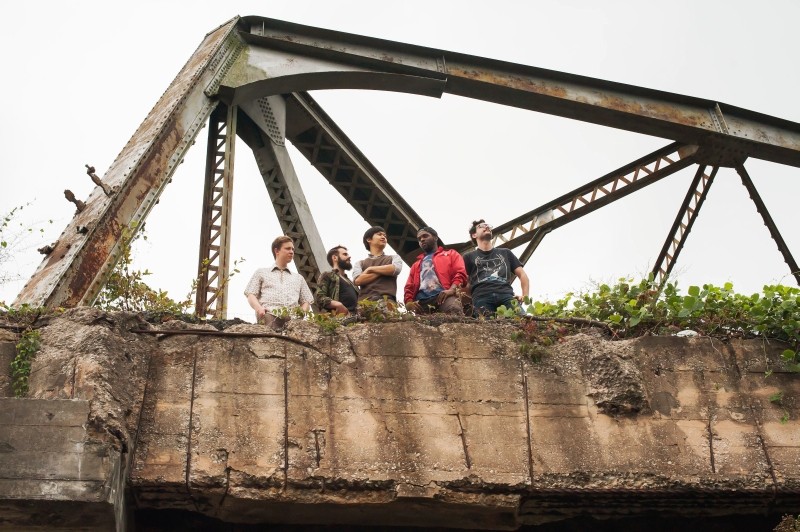 The Atlanta band formed the same year as CUSSES. The bands formed a friendship, sharing wildly unforgettable bills in their respective hometowns.

2014 has has been a key year for both bands. Baby Baby are finally getting their due, earning slots at Chicago’s Riot Fest and Brooklyn’s Afropunk Fest.

It’s not only a confident mentality, which allows them to take any stage and turn it into their own personal party space, converting all non-believers in the vicinity. With a sound that dips into funk, punk, and glammy rock ‘n’ roll. Baby Baby really is a perfect fit for nearly any bill.

“Honestly, it doesn’t matter how big or small the club is,” says drummer Grant Wallace. “It depends one hundred percent on the crowd. If they are digging it, then that’s all we need.”

They’re working on new demos and are planning for a new record in 2015.

According to vocalist/guitarist Fontez Brooks, “Every move from here on out is a meticulous move to gain the trust of the world and ultimately take it over.”

A world that’s an ultimate party? Baby Baby and CUSSES on every stage, and Bond back in action? Killer records from both bands on every turntable?

Take it over, baby.